Repeat offender accused of kidnapping wife and child and more 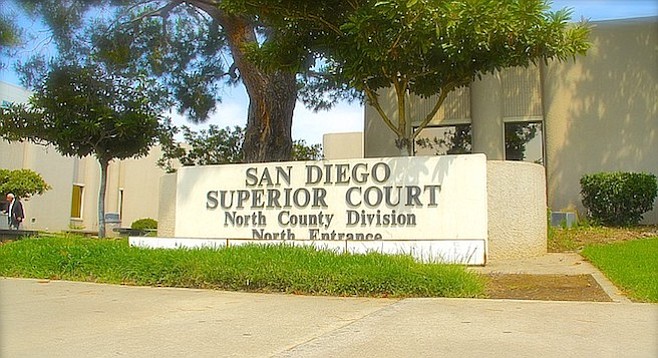 A man who allegedly invaded a home in the remote eastern edges of Escondido, and was reportedly shot multiple times by the homeowner, is due in court on Wednesday, September 13.

After the alleged home-invasion incident, Valladares faces two misdemeanors for vandalism and trespass. His court date next week is for a misdemeanor trial. He is currently at liberty, bailed out on bond.

The San Diego County Sheriff's Department issued a press release about a month ago (on August 16), reporting that Noe Calimas Valladares invaded a home at 15985 Highland Valley Road. Deputies responded at 1:33 a.m. and found a husband and wife, 47 and 46 years old, outside their home. The couple’s two teenaged daughters were hiding in a room inside the home and were rescued by officers before the intruder was persuaded to come out of the master bedroom.

Valladares had suffered multiple gunshot wounds from the homeowner, according to the sheriff, and was first taken to Palomar Hospital before being booked into custody by 10:18 a.m. that same morning.

He was able to bail out two weeks later. On September 2 he paid $6500 in fees for $65,000 in bonds guaranteed by Bail Hotline Bail Bonds, according to his court files.

Besides the first trial date this coming Wednesday (September 13), Valladares has another misdemeanor trial date set for the following Monday (September 18). That second trial date is set for alleged battery of spouse and twice disobeying protective court orders.

All because of meth? 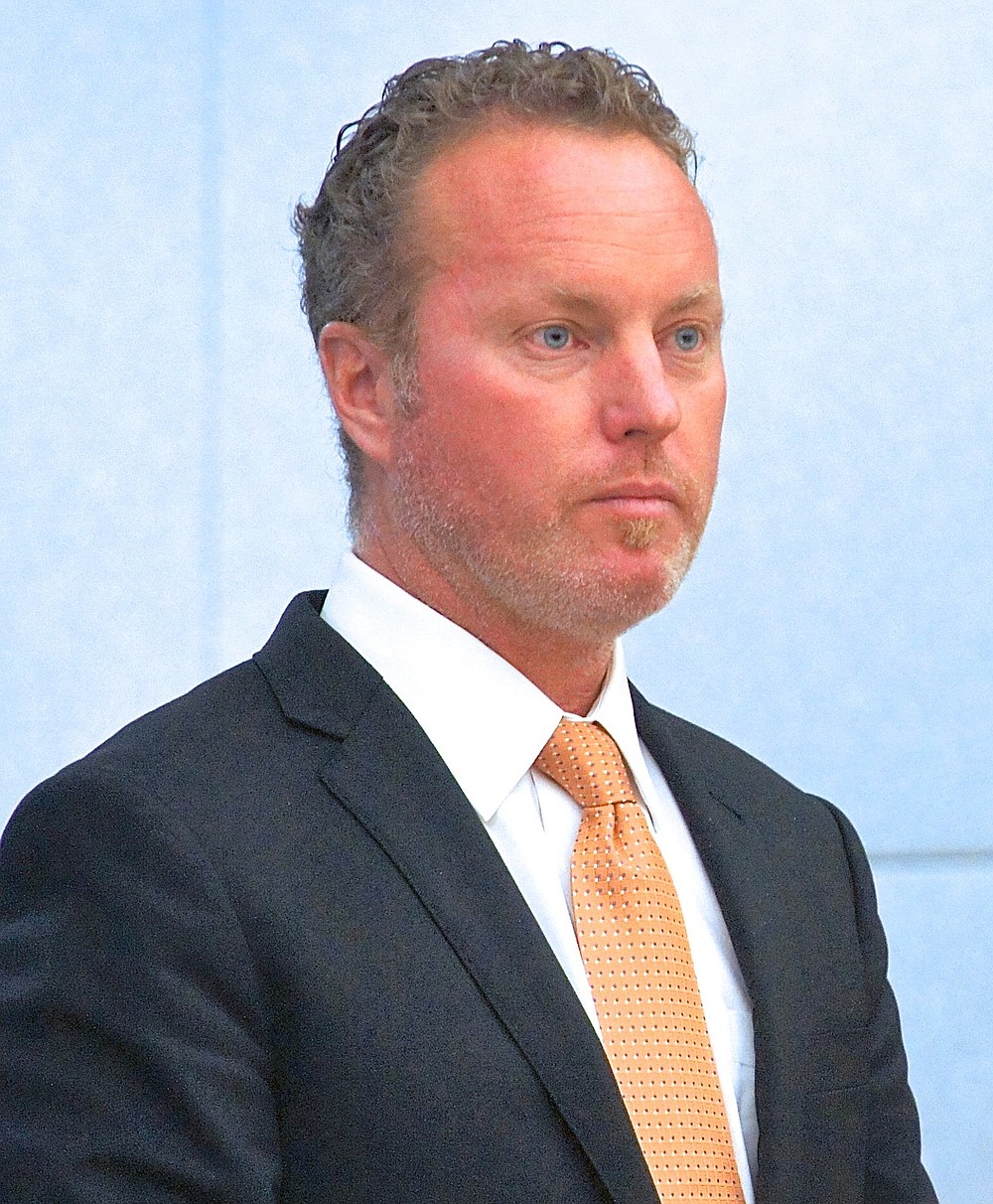 Attorney Brian Dooley has represented Valladares in past.

Valladares, who has been described as a “transient” by law enforcement, is known to police in Escondido. On March 27, 2016, he was arrested for possession of meth and was in jail one day before he paid a $500 fee for a $5000 bail bond. He pleaded guilty to a misdemeanor.

On May 10, 2016, he was accused of under the influence and trespass. In the plea deal he admitted to the drug charge as a misdemeanor, “I was under the influence of methamphetamine” and the trespass charge was dropped. Valladares was ordered to stay away from 1249 Kent Avenue in Escondido.

On August 27, 2016, Valladares allegedly kidnapped and carjacked the mother of his child. He was charged with five felonies in all, including robbery and inflicting corporal injury on spouse. He pleaded guilty five months later to making a criminal threat, and all other charges were dismissed. 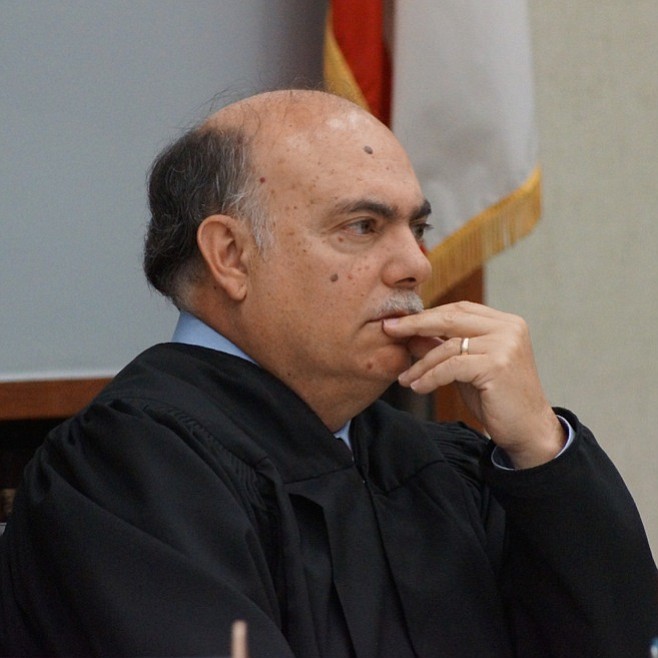 Hon. Judge Carlos Armour has seen this defendant before.

On the plea-deal paperwork, Valladares admitted: “Unlawfully threatened to commit a crime that could result in death or great bodily injury, with the specific intent that the verbal statement be taken as a threat that was unequivocal under the circumstances with a gravity of purpose, that caused the person to reasonably be in sustained fear for safety.”

Public defender Brian Dooley, prosecutor L. Spencer Daly, and judge Carlos Armour signed the plea deal on January 10 of this year. A month later, that one “criminal threat” charge was reduced to a misdemeanor, per the plea deal, and Valladares was released from custody for time served.

On April 30, the district attorney accused Valladares of battery on the mother of his child and twice violating stay-away orders meant to protect the woman. These offenses were charged as misdemeanors; Valladares was 28 at the time and the female was 33. Valladares paid a $100 fee to post his $10,000 bond and was then a Failure to Appear for his court date June 14, 2017.

The specifics of the two upcoming court dates for Valladares are: misdemeanor trial for vandalism and trespass, on Wednesday, September 13, in department 5 at 8:50 a.m; trial for misdemeanor battery of spouse and twice disobeying protective court orders is set for Monday, September 18, at 8:50 a.m., in department 5 of San Diego’s North County Superior Courthouse in Vista.

This is the kind of repeat offender that should be incarcerated for the rest of his life. Too bad that the homeowner was not a better shot. He is a druggie and will always be a druggie. Drug addiction is a disease of choice. Only about 3% of drug interdiction is effective. Help those who want to get clean but the rest are just worthless human trash and should be discarded.

AlexClarke, It's too bad but it does seem that once a person sells his soul to addiction, it is almost impossible to get it back. And the people around the addict, who love that addict, do suffer for it.
Eva

Eva, I'm glad to see you put "transient" in quotes in the story. That term has been abused and used wrongly for decades. Some time back, it was used to describe homeless folks. I digress.

How is it that this "transient" jailbird can come up with $6500 for the bail bondsman? He comes across as bad news all the way around. As to his previous treatment in the criminal justice system, he got off very easy. I'd assume everyone associated with that plea bargain figured he'd learn his lesson and behave. Whatever he learned didn't avoid a whole new string of offenses. This time we can hope that our new DA will take a tougher stance, and not cop a plea like the last one. But don't count on that.

He has so many different charges pending that it is hard to keep them all straight. Keep us posted on this one.

Visduh, This Frequent Flyer has cases in other courthouses, too, we only listed the ones that were filed in the North County Superior Courthouse. This "transient" keeps busy. We can only hope the abused female is not the one who keeps bailing him out -- sometimes these women are so afraid, their reluctance to testify is one reason the defendant gets released. Eva

It is quite possible that the abused woman is the one who raises his bail. Or he has family members who can afford that. He's scary in that he came close to being killed during a home invasion. Home invasions can turn tragic and deadly, usually for the victims. Keeping your doors, and windows if possible, locked after dark is a very good practice.