One less market for Golden Hill

“I started working there when I was 11.” 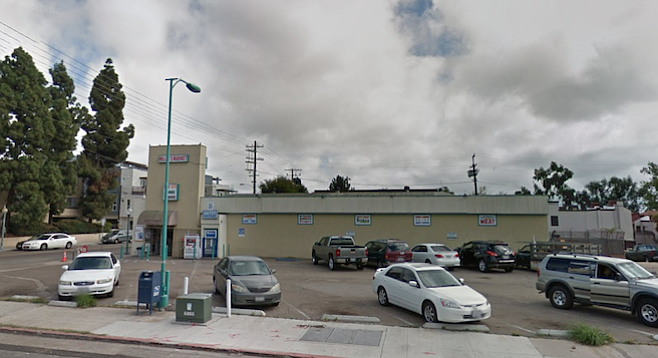 One of the two full-service grocery stores in Golden Hill, Miller’s Market, will soon close for redevelopment. Slated to be demolished, the store has been in business for over 50 years.

The lot on the corner of 30th and C, along with two adjacent lots, will be the site of a new mixed-use project, with 40 residential units above and 5000 square feet of commercial space on the ground floor. Eight units will be allocated for low- to moderate-income residents aged 55 or older, and all units will be handicap accessible and wired for solar power.

Rendering of new development at 30th and C Streets in Golden Hill; plans are pending approval

The new structure, designed by architect William Hedenkamp, includes a partially subterranean parking garage and a play area in the inner courtyard. Owner Saad Hirmez said it is yet to be determined if a food market will occupy the new retail space. Plans are pending approval and no start date has been set for the construction.

Hirmez, whose family business bought the lot and began operating the market in 1970, said in an interview several years ago that the plans to redevelop that property have been in the works since they purchased it. He declined to share details about current financing.

“When we bought it, the former owners had been there for 15 or 20 years,” said Hirmez. “I started working there when I was 11.” The Hirmez brothers also owned the IGA supermarket in South Park, which they leased to Target for development of TargetExpress. Earlier this year the brothers reopened Apple Tree Market in Ocean Beach after being forced out of their previous location in the same neighborhood. Hirmez sits on the Golden Hill Community Planning Group but recused himself from the vote to approve this project.

Golden Hill residents who frequent Miller’s Market can shop at Krisp on 25th and C, on the number two bus route, or visit neighboring South Park to shop at Food Bowl or TargetExpress. Several convenience stores and produce stands are also available as alternatives.