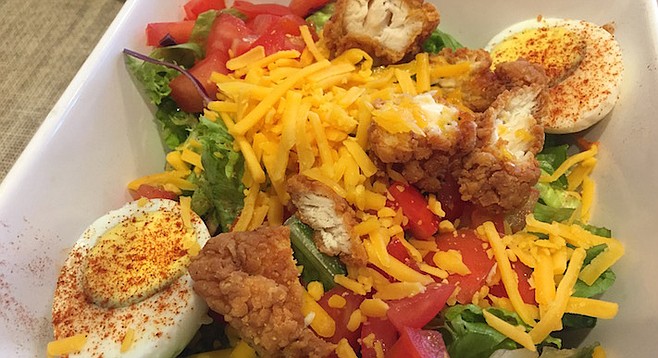 My mother and I met up with my sister Heather for lunch and a pedicure one recent weekday, and chose to eat at Mama Kat’s because it was located in the same strip mall as Mom’s favorite nail salon, though none of us had been there before. The homey interior suited its moniker.

In a Marie Calender’s sort of way, pies seemed central; there is a separate area where pies are displayed in cases and purchased to go. Though the menu is brunch-heavy, it was after noon and Heather and I had lunch in mind, so we gravitated toward the sandwiches and salads. 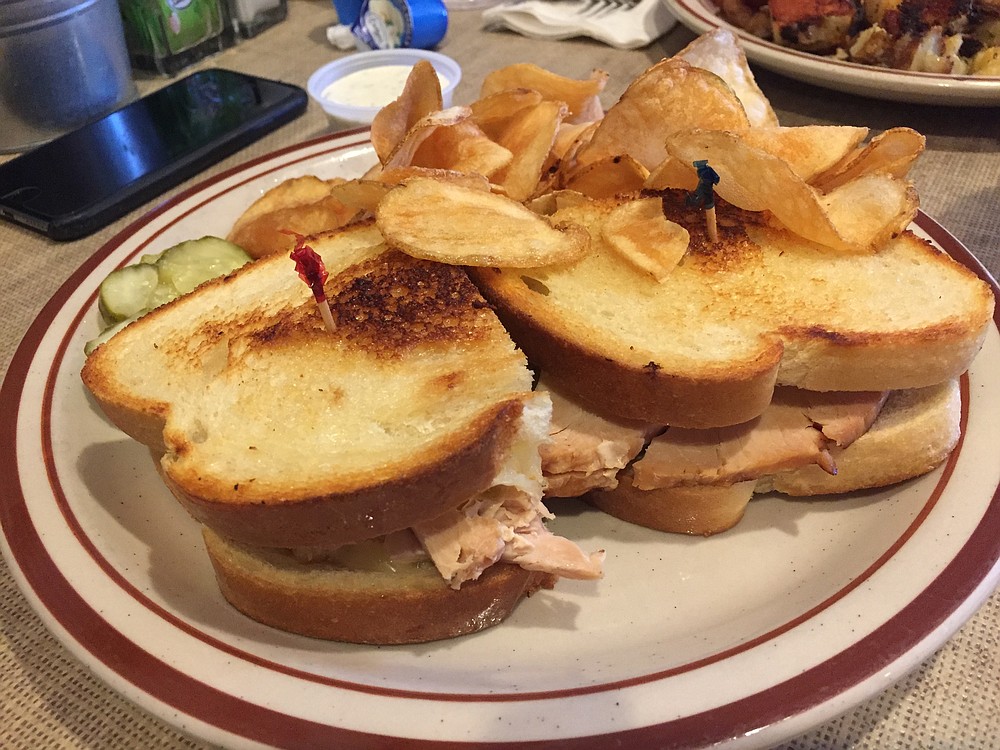 This spicy turkey melt at Mama Kat's, with crispy housemade chips, was a crowd pleaser — everyone wanted another bite.

Heather appropriately ordered the Ortega San Marcos, a warm turkey sandwich with melted pepper jack cheese and chile poblanos on griddled sourdough bread. I had a bite, and made a mental note to order one for myself the next time I cross the border that is the 52 freeway. 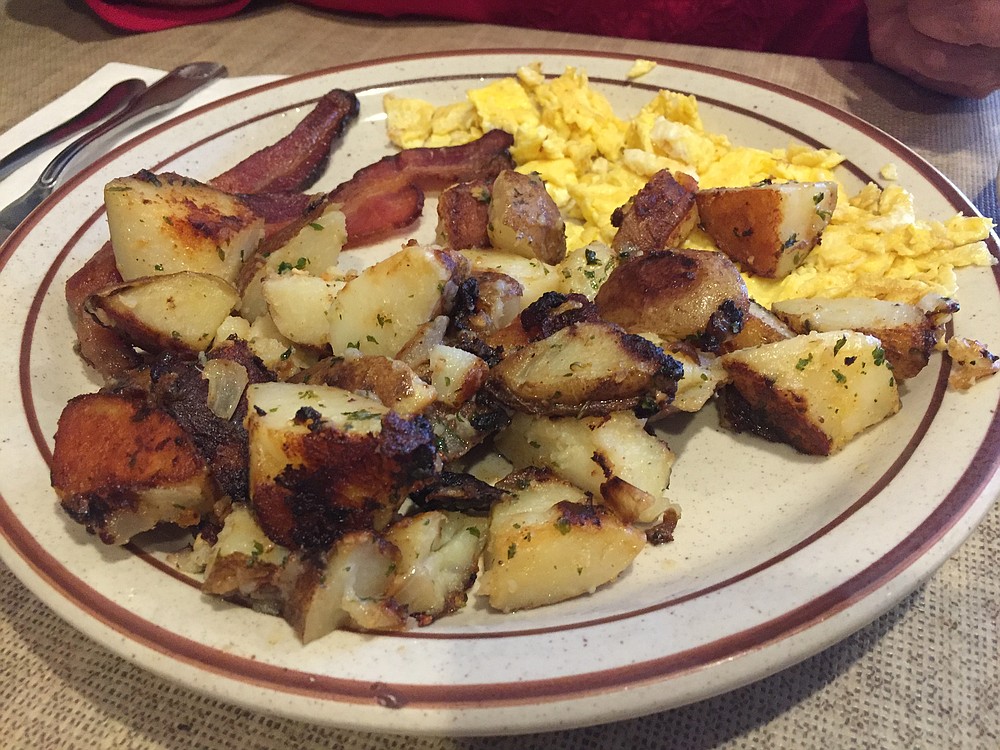 Mom's off-the-menu order. She liked it fine, but next time, she'll branch out and get a house special

Though they appeared to be roasted in-house, the turkey slices were not dry, but tender and flavorful. The chips had a nice crisp and fresh-from-the-bag crunch, even though they too were made in-house.

The heat outside left me craving a salad, so I got a half order Fried Chicken salad. When it arrived, I realized I could have ordered the whole portion and not been overstuffed, but, along with some of Heather’s chips, the appetizer portion was plenty satisfying. I liked how the salad here had a comfort to it — simple cheddar, hunks of ripe tomatoes on a bed of straightforward greens, served with a hardboiled egg, and of course the fried chicken — it doesn’t get more comfort-foody than fried chicken. Adding to my enjoyment of the dish, our server brought a little side of each dressing after I’d expressed difficulty choosing one.

My mother is the ultimate stress test for any restaurant’s waitstaff. I wouldn’t say she’s a problem customer, so much as she’s finicky, and as a result, almost always orders off-menu. Breakfast is her favorite meal to have out, perhaps because she can construct a dish from the sides. Here, she got scrambled eggs, house potatoes, and bacon extra crispy. Mom would have enjoyed her meal better had roasted red peppers been available to add to the eggs.

We thought about getting pie, but in the end, decided to try that another day. Just as I want to try the fried chicken and waffle. Mom said she might go out on a limb and sample one of the omelettes.