One case: misappropriation of $1.27 million by Del Mar attorney 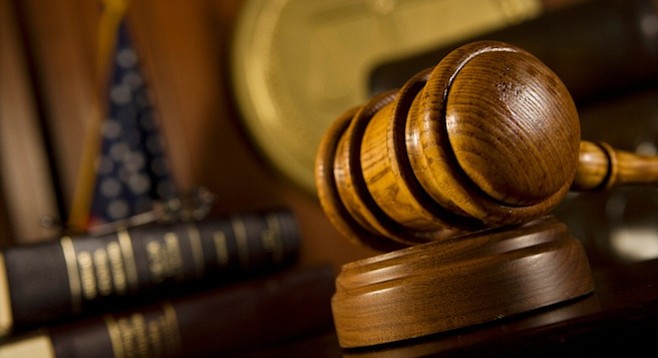 According to the September issue of the Cal Bar Journal, the State Bar of California has come down hard on some local attorneys.

Earl N. Feldman, an estate-planning lawyer in Del Mar, has been disbarred. He disbursed almost $900,000 from a client trust account to himself and misappropriated $1.27 million. He also made false reports to the Internal Revenue Service regarding the amount of donations made by the trust. Feldman may be hearing from criminal authorities on this one, although the Bar doesn't say this.

Beryl Dean Droegemueller of Vista was disbarred for willfully failing to comply with an earlier suspension ordered by the California Supreme Court; that suspension resulted from his false report under penalty of perjury that he was in compliance with minimum continuing legal education requirements.

Geoffrey Carl Morrison of San Diego was disbarred for failing to participate in State Bar Court's proceedings. He willfully violated a rule requiring him to notify clients and others of his inability to practice law due to earlier misconduct. In 2015, he was suspended for multiple counts of misconduct, including failure to perform competent legal services in three matters and failing to refund part of unearned advance fees in four client matters. In 2012 he had been disciplined over similar misconduct.

Donald William McVay of Rancho Santa Fe was placed on one year of probation and faces a one-year suspension if he does not comply with terms of the probation. He admitted to having commingled funds in his client trust account. He had earlier engaged in multiple acts of misconduct, including commingling.

Sidney Michel Alain Schwarz of Chula Vista was suspended for two years and will remain suspended after the term ends unless he shows fitness to practice law. He has pleaded guilty to felony importation of goods contrary to law.

The Escondido Grapevine: But I just got it. That often happens. Best, Don Bauder