To be or not be at the Old Globe 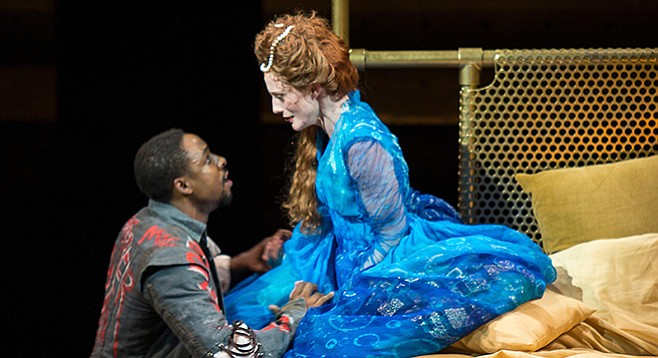 Following in the rich tradition of worldwide dads, my father has been known to entertain a bevy of wacky theories, often encapsulated in simple pronouncements that sound absurd on the face of things, but ultimately reveal an undeniable nugget of wisdom. For one, he harbors some suspicion of cremation because of the vanishingly small chance that it might hurt.

“What if you can still feel?” he asks. “Being burned would be horrible. Although, perhaps no worse than slow consumption by worms.”

On the one hand, science suggests that a corpse cannot generate the electrical impulses necessary to form feelings and sensations. The matter is well settled. But, then again, consider Hamlet: 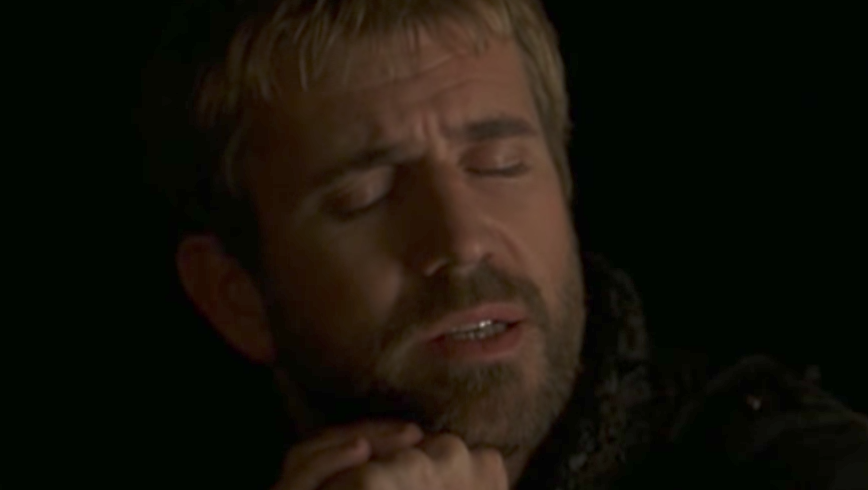 To sleep: perchance to dream: ay, there’s the rub;

For in that sleep of death what dreams may come.

In the Old Globe’s end-of-summer production, directed by Barry Edelstein, Grantham Coleman’s maddened Hamlet growls through this line, and his concerns are not so different from my father’s. Because of the extreme difficulty in proving a negative, nobody can conclusively say that death is not a gateway to endless torment for one’s lifetime failings; or that the body doesn’t go on feeling hot, cold, and pain long after death. We can be virtually certain, certain to a degree where doubt becomes downright irrational, but human beings are uniquely suited to embracing irrational precepts against their better judgment.

Hamlet and my father both ask a question that cannot be answered, and such questions raise an ancient fear of the unknowable. Note well, it is not a fear of the unknown. For that which is unknown may well be known, and many have and will step bravely forth, certain that they will be the ones to return the answer. The unknowable, by contrast, will never yield its secrets; and so it rises in the mind like an outsize thing. A nagging doubt will fly in the face of certitude, and become a thing of terror. Hamlet was neither the first, nor the last, to muse upon it; and it provides an odd spot to sympathize with the often inscrutable protagonist of this, perhaps the world’s most famous play.

Hamlet plays through September 10 at the Lowell Davies Festival Theatre.