"We’re trying to get that first mile and last mile.” 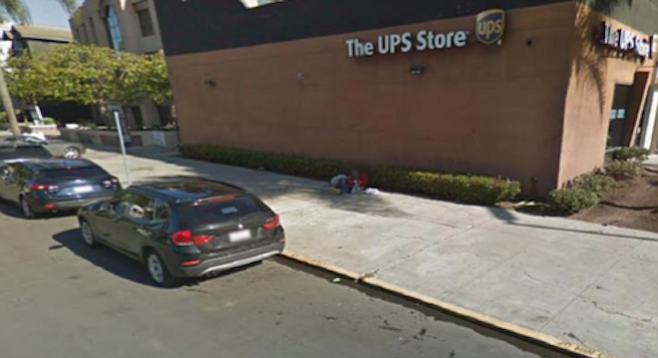 DecoBike is looking at a dozen places for stands in North Park, Uptown, downtown, and Golden Hill after getting kicked out of the beach areas by the California Coastal Commission, city engineer Brian Genovese said on October 26th.

City of San Diego and DecoBike's plan for kiosk relocation

“We did just relocate some that were poor performers and some that were in the coastal commission zone and those are being located for intensified core use. We’re trying to get that first mile and last mile.”

First and last mile refer to the missing links from mass transit that leave people close to where they’re going but far enough to make using mass-transit unappealing. The theory is that if people can cover that last mile to their destination or the first mile to reach mass transit, mass-transit use will increase.

“We did ask our transit partners at [Metropolitan Transit District] to weigh in on how they can be a better transit connection and they made suggestions we are looking at,” Genovese said.

DecoBike came into San Diego as the Climate Action Plan was taking shape. A key component to the plan is reducing dependence on greenhouse-gas-producing vehicles — in the plan, mass transit is projected to cut greenhouse gas emissions by 110,000 metric tons by 2020 — the second-largest local reduction after electric vehicles becoming more prevalent as more chargers are placed.

DecoBike, based in Florida, is not collecting public money, and according to the conditions of its ten-year contract, is supposed to pay the city a portion of its revenues. It makes money by selling advertising on its kiosks and charging a reasonable amount for the rentals.

The four targeted neighborhoods (North Park, Uptown, downtown, Golden Hill) already have DecoBike kiosks — some of which aren’t doing too well. People were concerned about parking loss in commercial areas and about the rentals landing near existing bike shops and possibly costing them business.

John Burnham, who owns the UPS store on Washington, said he is opposed to one of the new locations. “I vehemently oppose the location of DecoBike station 825 next to my store,” Burnham wrote. “I need to emphasize that it is being placed within the commercial loading zone I paid the city to create.”

The kiosk will be on the sidewalk, not in the street, Genovese retorted. He told Burnham, “‘I don’t want it in front of my business’ isn’t really a criteria [to relocate a station]. We have to look to see if a concern is valid or not.”

Burnham’s store is one of seven sites that the Metro Community Development Corp. objected to, according to Leo Wilson, who serves on both the CDC board and the planning committee.

“What we did not like is your taking out nine parking spaces and the loading zone,” Wilson said. “And you’re putting a station on Sixth and Nutmeg next to the park with advertising when no one else is permitted to advertise there…. The one on Park and Madison is right in the middle of the University Heights business zone.”

Wilson said that some of the Uptown kiosks have very little business.

“The stations in this neighborhood have the lowest use —1.75 rentals a day on average,” he said. “There’s one station that has not had a rider all year…. You don’t add stations in areas where they won’t be used.”

The parking district is providing suggestions for alternative locations, according to Gerrie Trussel, who is the executive director of the Uptown Community Parking District.

“It’s really important that this is done with sensitivity and we think that’s possible,” Trussel said. At least one business owner indicated that the kiosk didn’t hurt business at all, even though they lost two parking spaces to install the kiosk.

Ben Baltic, who owns a wine bar on Fourth Avenue, where a DecoBike kiosk was placed, says the three stations in Bankers Hill have registered just under 6000 dockings

Judging from the picture, this DecoBike station would be in the commercial zone. Sidewalks next to commercial vehicle parking are where their loading and unloading happens—not the busy streets on the other side.

Being willfully obtuse about the impacts of his decisions, misrepresenting valid criticism, and making snarky comments illustrate that Genovese is yet another petty bureaucrat with just enough power to believe his own self-importance.

More proof (if any needed) that "public servant" has become an oxymoron.

Deco bike charges a hefty overnight fee, so the "last mile" idea never made sense, unless there was a kiosk outside the final destination. That might be why the bar reports success, perhaps drinkers use them to assist their bar crawl. Deco Bikes are absurdly small, and the rents quickly exceed the price of a new beach cruiser, which is $100.00. The sooner the City and Deco Bike realize the stupidity of this particular scheme, the sooner we might try something better.

These bikes were put in Ocean Beach with no public input. The usual civic organizations were in favor, they sat there for a while, and then they were gone. Did the company get a Coastal Commission Violation? What actually caused them to move? I am not sure, but there is very little in the Municipal Code that covers this type of use.

Thinking about it, the officials that make these decisions very seldom refer to the Municipal Code or the City Charter. The recent AirBnB plans by the City Council without checking with the City Attorney are just another example. These bike rentals were put in with no public input, and no opportunity to protest in the beach areas. How did "transit partners" get so involved in making this use of public land? Was it the magic words "bikes" and "sharing?" Sharing isn't renting. All mysterious.

This is yet another example of the fact that there is no limit to human stupidity.

Late but relevant: The strongly and widely held belief that the coastal commission kicked DecoBike out of beach areas may be wrong. From the California Coastal Commission: The City Council and Deco Bike entered into a contract to introduce and operate the Deco Bike bike sharing program. The City Council checked with the city planning department to see if the agreement needed any LCP/CDP approval, and the Planning Department informed the City Council that it did not. However, the City Council was only asking about – and the Planning Department only responded regarding – the contract, not the subsequent erection of the bike stations. Soon after executing the agreement, the bike stations started going up both in and out of the coastal zone. Sometime thereafter some members of the public contacted Commission staff asking what approval we gave for the bike stations. We did not review or sign-off on any of the stations, and neither did the City Planning Department do CDPs for any of the stations in their jurisdiction of the coastal zone.

Commission staff was supportive of the program and did not have immediate issue with the locations of the bike stations, but nevertheless we sat down with City planning and park staff and informed them that all the stations in the coastal zone constituted “development” and thus needed a state or local CDP. Commission staff worked with City staff to draw up a list of the bike stations in our jurisdiction and those within the City’s jurisdiction, and the next step was going to be for the City to apply for a programmatic CDP to cover all the existing and forthcoming bike stations. However the City -- without consultation or direction from the Commission -- determined they wanted to reimagine and reboot the Deco Bike program to concentrate all of the bike stations in the downtown and adjacent communities. Thus, to staff’s current knowledge, all of the Deco Bike stations have been removed from the coastal zone and redeployed elsewhere.

Well now this does deepen the mystery. Their statistic that 85% of all users are "casual riders, often tourists" implies these were the most used stations.

Was the city too lazy to apply for a programmatic conditional use permit? Or are they trying to change the user statistics to bolster the "multimodal transit" fiction? And doesn't this mean that all these stations need a CDP, since they're being installed in public rights of way and eliminating parking?

To be clear: everything attributed to the coastal commission is exactly how their spokeswoman wrote it.

This would not be the first time the Coastal Commission was "blamed" when someone else made the decision. One can only wonder why that particular story resurfaces from time to time for other beach area issues.