So, you think your life is hard 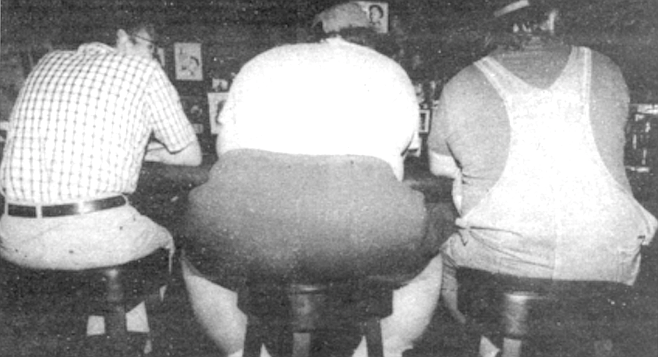 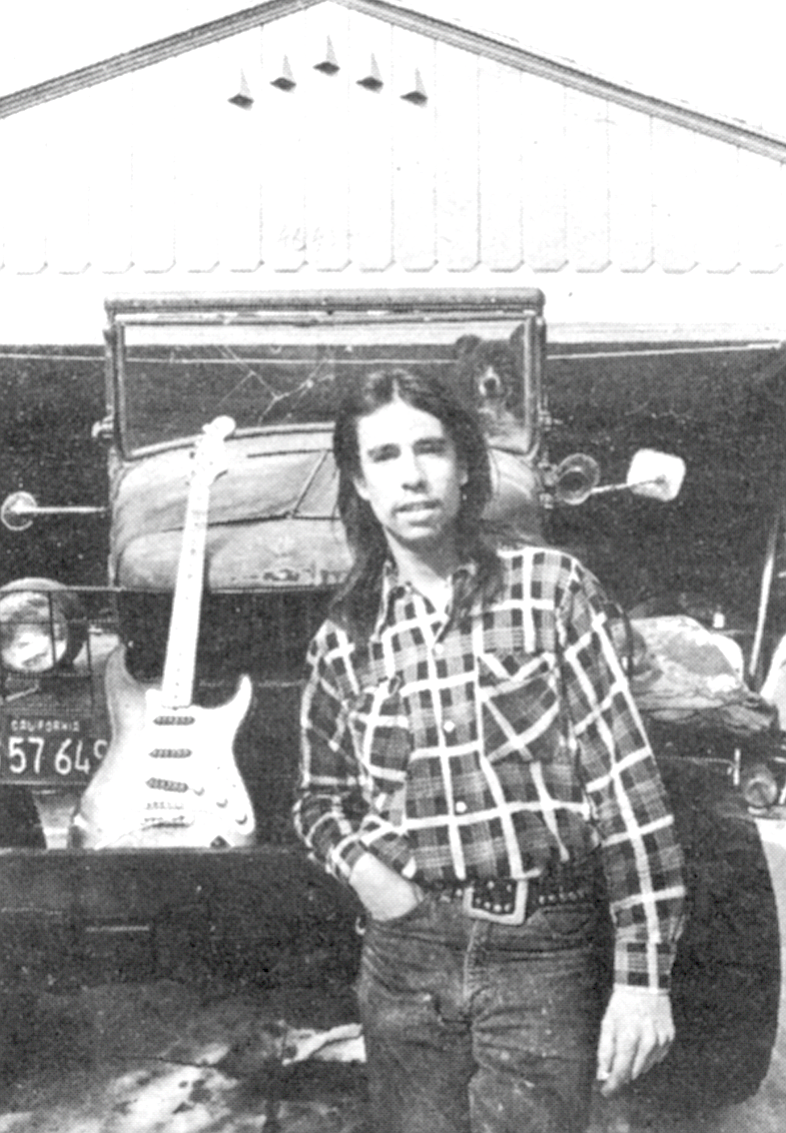 "With all the stuff you say these guys have to endure at NASSCO, anyone would believe the place is hell. But I don't understand what all these queers thought they were getting into. It's no moron job like trash collecting, or no sissy sit-down thing. It's work; it's skilled labor. It's also hazardous labor and hard at that. But they knew that.” 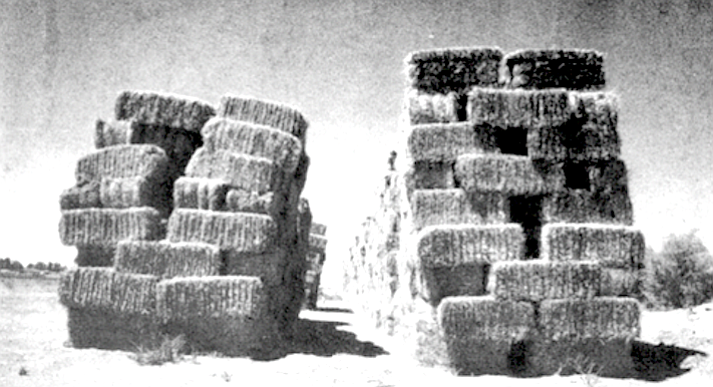 "The arsonist attempted to set 31 hay stacks afire the first night, and 17 of them burned."

Fire in the Valley

"At first we thought all the fires was union-connected," said Clem Miller, one of the farmers who stayed in his field at night with a rifle. "A bunch of farmers had just gone up to Los Angeles to rally for Proposition 14, which the Chavez people were not too crazy about, and when the fires started coming all at once, you were taking a hell of a chance just stopping your car and taking a piss." 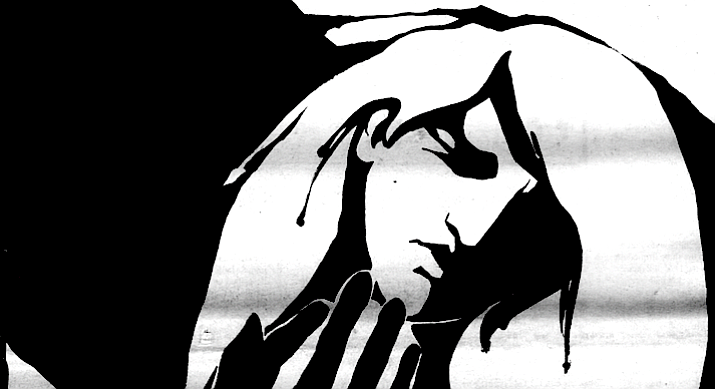 She heard a commotion to her right, in the direction of Broadway. She paid no attention until someone called her name.

The charge is rape

He suffered from the delusion of being white. He had "KKK" tattooed on the inside of his right arm, believing this would impress the parents of a girlfriends in Portland, Oregon. Once he was arrested for burning a cross in Horton Plaza. He told me that he is not wholly related to his seven brothers and sisters in Alabama because his father was white, which made him an outcast from his natural kin. 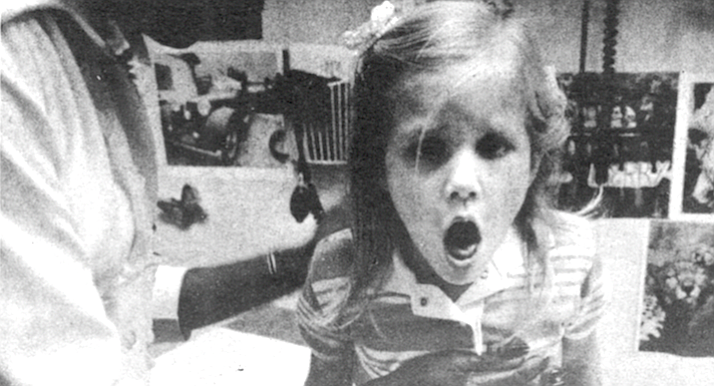 No time to dream

The position of the San Diego CF Center is clear. An annual camp for CF kids, periodic meetings at the CF House for adolescents, adults, and CF parents, along with the fostering of a recognizable “CF family” in San Diego, are evidence of Dr. Harwood’s belief that as a physician he has “no role in protecting people from knowledge.… There are some aspects of this disease that patients know a hell of a lot more about than I do.” 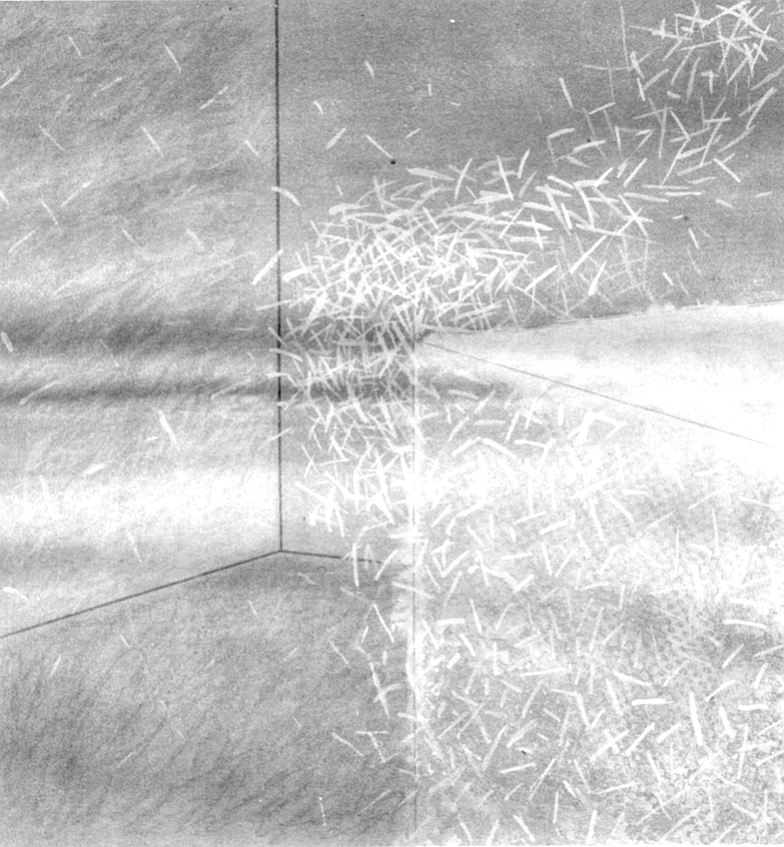 The white-frame, bay-windowed house, built some 70 years ago, overlooked a densely thicketed canyon north of Washington on Third Avenue.

Our baby woke up crying. I went to her, trying to remember if I'd seen her crawling near the furnace on her expeditions, during which she would touch and taste everything in sight. My stomach quivered when I kissed her sleepy face. Was she all right? On the other hand, I thought, my husband is a notorious alarmist. Every asbestos story I'd read in the press involved workers immersed in the dust over a lifetime. 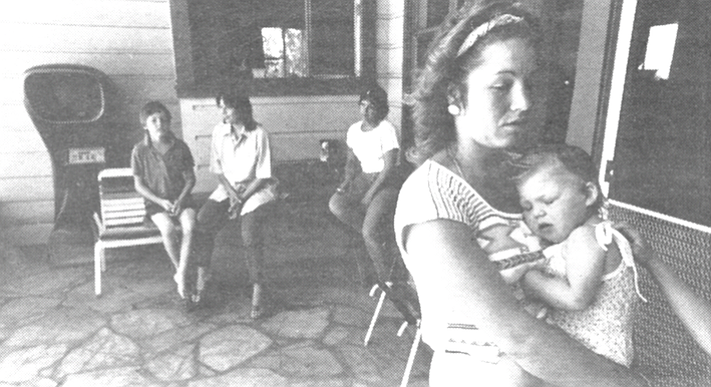 Most of the women at Kiva seem as though they could be anybody's slightly mischievous little sister.

My husband and I had been separated for a while when I went back to the house one day to try to patch things up with him. He'd cut all the legs off the furniture, hung Playboy pictures on the walls, and put red light bulbs in all the sockets. He'd turned our cute little house into a drug hangout. As I was leaving, he pulled out a .22 rifle and pointed it at me. 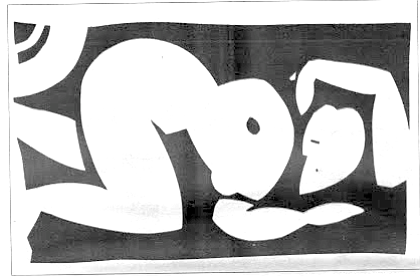 The handlebars of Susan's bike became entangled between the trailer ties.

She rode south on Seabright, turned west on Cliff, south on Cedros, then west on Lomas Santa Fe. At precisely the same moment Grendon turned on Lomas Santa Fe, truck driver James Hull was making a routine delivery to Solana Lumber. Hull was driving his tractor-trailer west between five and ten miles per hour, parallel to Grendon. She was riding her Nishiki west in the bicycle lane at one mile per hour. 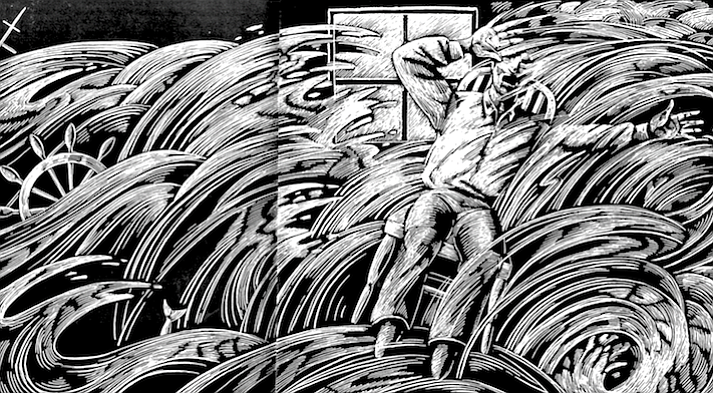 “Sorry as hell about your family. You okay?” “Sure.” “Miracle you made it. Listen, we pulled up a piece of your radar. Caught in our nets off Eureka."

Nightmare of the New Hope

A little cry of relief burst from him, lost in the shriek of the wind. His hands scrambled, searching for the inflate cord. The sea bounced him. Spray lashed the can. His hand found a rope tied around the center of the canister.Then came the voices, feeble against the roar and the howl. He glanced back. Ski and Vincent were silhouettes on the hull of the New Hope. Why didn’t they jump? 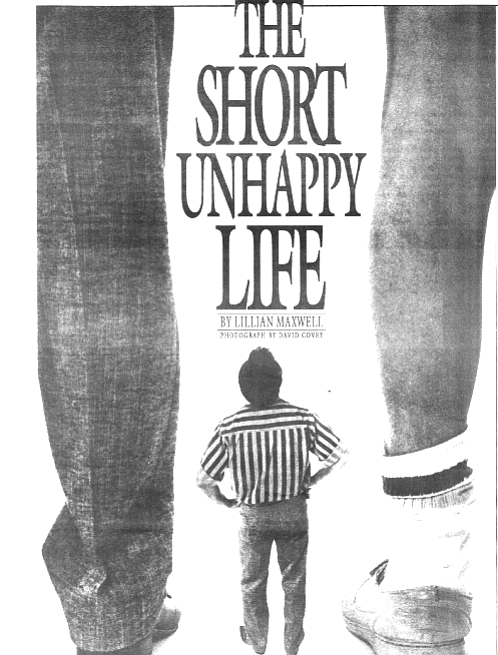 “I became a CPA largely to avoid competition."

“In prep school, and later at Yale, although basically I was and am a very reticent, very shy person, I learned to bluff my way through.” His peers adopted him as a “pet,” made a mascot of him. “You’re small, you’re nonthreatening. You become the court jester, court dwarf. It used to be, you know, very good luck to carry a dwarf around. So I played that role. Of the shortness. I used it as a tool.” 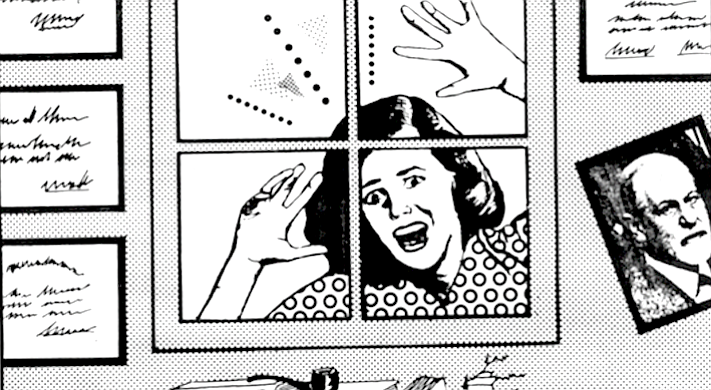 San Diego is small. As I began to see Dr. Johnson in early spring, I began to meet others of his patients.

The doctor Is dead

Before I had returned to San Diego for my visit, I stood on a crowded street on the other side of the world, asking a lady, for the fourth and final time, to marry me. I was having difficulty understanding that no, she did not want to — not now. not any time in the next four million years. I was trying my best to be adult, which often as not means accepting things with an infant's mute resolve. 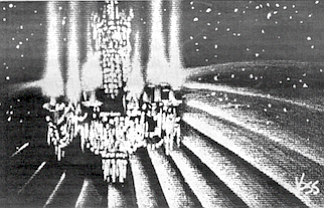 I, of course, was one of the local Earth leaders who was to mobilize the population to resist the invasion.

Man in a corner

Perhaps thinking I was a bum, she told me to leave, which intensified my anger, so I walked down to Mercy Hospital and tried to turn myself in there. To this day I can remember the face of the nurse who, with great patience and kindness, explained to me that it would be very difficult to get me admitted to the psychiatric ward. I told her that I had just gotten a ticket for sleeping in the park. 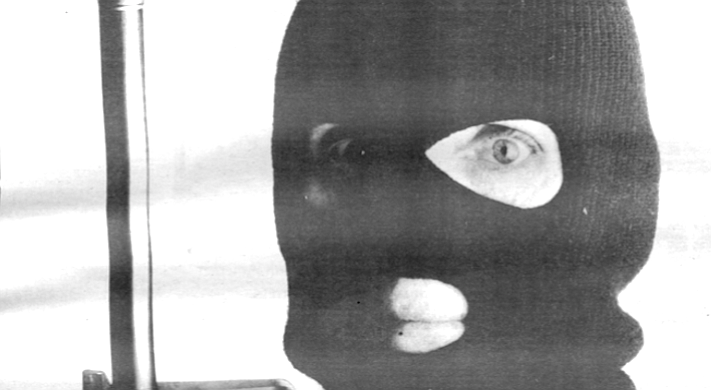 Only faggots, hemophiliacs, Haitians, and junkies got AIDS. The joke used to be that the toughest thing about getting AIDS was convincing your mother that you were a Haitian.

Through the belly of the beast

I had called my ex-wife and the girlfriends I had slept with between marriages and told them the news. Heidi and all of them were tested with the same results: Negative. They all thanked me for telling them and praised me for being responsible. Yeah, that’s nice, but if the results had been different, I shudder to think what their reaction would have been. Especially Heidi. 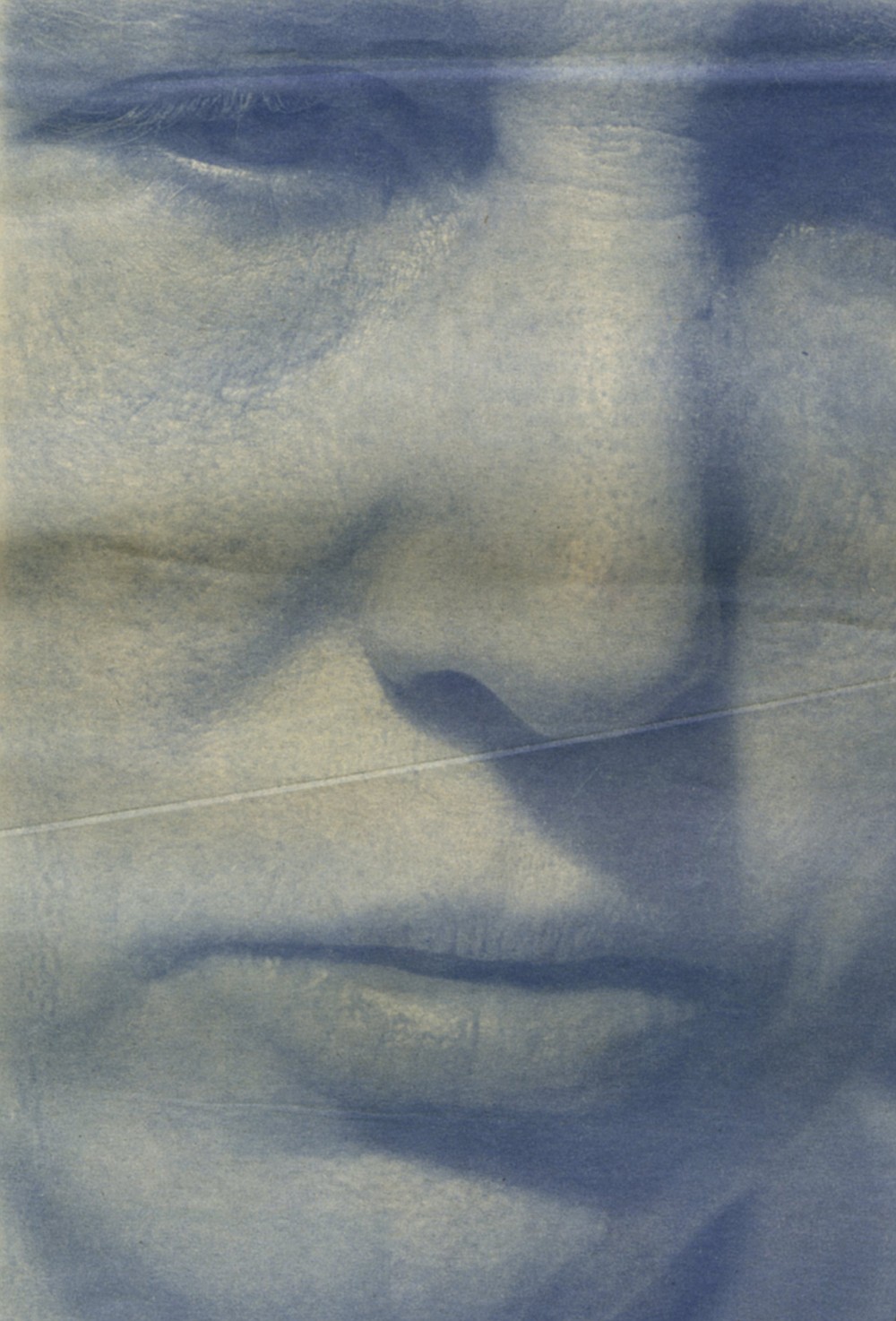 David guided me to Barnett, onto 5 south, off at the Front Street exit, down through the “tree” streets to the lettered streets. “Your next right is Broadway. Turn right. And then you’ll go past a couple of lights. Let’s see. After Front I’m trying to remember how many lights. Union. State. I think it’s the third light. After you pass Columbia Street, the YMCA is on your right side. And there’s, like, three-minute parking or ten-minute.”

On January 15, a cartoon of an overweight Mayor Susan Golding appeared in this newspaper. The next week, a letter appeared — Name Withheld — commenting that the cartoon was unprofessional of cartoonist J.D. Crowe, “and I think, in fact, it’s libel.” In another letter, Wayne Raffesberger wrote, “It’s one thing to make fun of her policies and politics in a cartoon; it’s quite another to make her physical appearance the sole subject of a lampoon."