The world of the tabletop gamer is too intense

Warhammer 40K is not for the dabbler 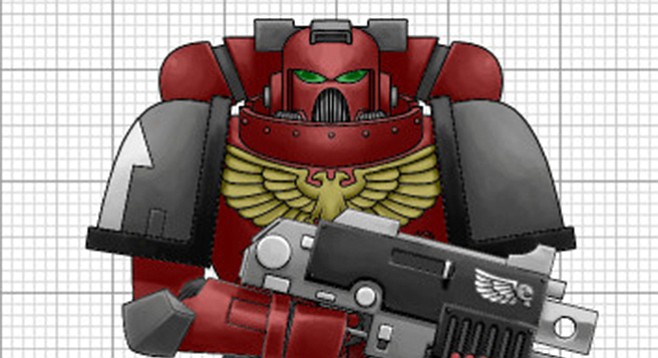 Dear Hipster: I guess this is a sort of follow-up to your recent commentary on board-gaming, but I want to know where classic tabletop gaming fits into the mix. I’ve been a Warhammer 40K player since I was a ’90s teenager, and my experience as a player has been that the same people who have been playing since I started are still playing, but that not a lot of new players want to get involved. I would think that tabletop gaming, generally speaking, might draw in your stereotypical hipster types for one or more of the following reasons: it’s super old-school and analog; you get to dive into a world where obsessive attention to detail and obscure knowledge are (almost) universally valued; it’s way outside the mainstream; and the fan base is generally pretty clever (if you don’t believe me on that one, check out some of the oddly thoughtful YouTube ramblings of diehard 40K players). When you get right down to it, I feel like tabletop gaming is all in the same spirit as collecting obscure vinyl records or developing an encyclopedic knowledge of artisan whiskey. What’s not to love? — Shawn, South Park

I confess, you had me nodding along in agreement for the length and breadth of your appeal to hipsterkind here. I further confess that I could count the things I know about tabletop gaming generally, and your personal favorite in particular, on one finger and still have a finger left over to make a fingerstache... if I were still into that...which I’m totes not.

And so, diligent hipster researcher that I am, I did a little Googling — which led me down a rabbit hole of Wikis and Reddits the likes of which the world has never seen. Are you aware that the official Wiki entry for “Space Marines” has 48,000 words on it? I have spent the better part of a week learning about Warhammer 40K and I think I may have scratched the surface.

It’s just too much, man. Hipsters dabble by nature. Our way calls for passing familiarity with many things and a lasting identification with nothing. The world of the tabletop gamer is too intense and requires too much dedication. Kudos to you for your resolve, but hipster versatility comes at the cost of dedication, and we just can’t hang.