Read before rolling into Baja 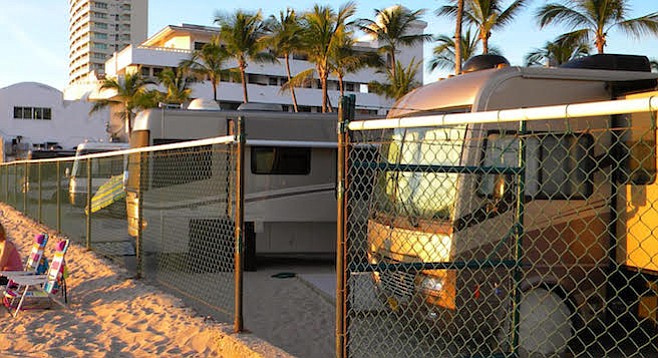 When the Baja 1000 races roll around next month (November 14–18), some Americans crossing into Mexico might be in for a big surprise. Recently, travelers crossing through the San Ysidro, Otay, Tecate, and Mexicali borders in their RVs have reportedly been denied entrance into Mexico; others had the option of paying a new $52 fee. 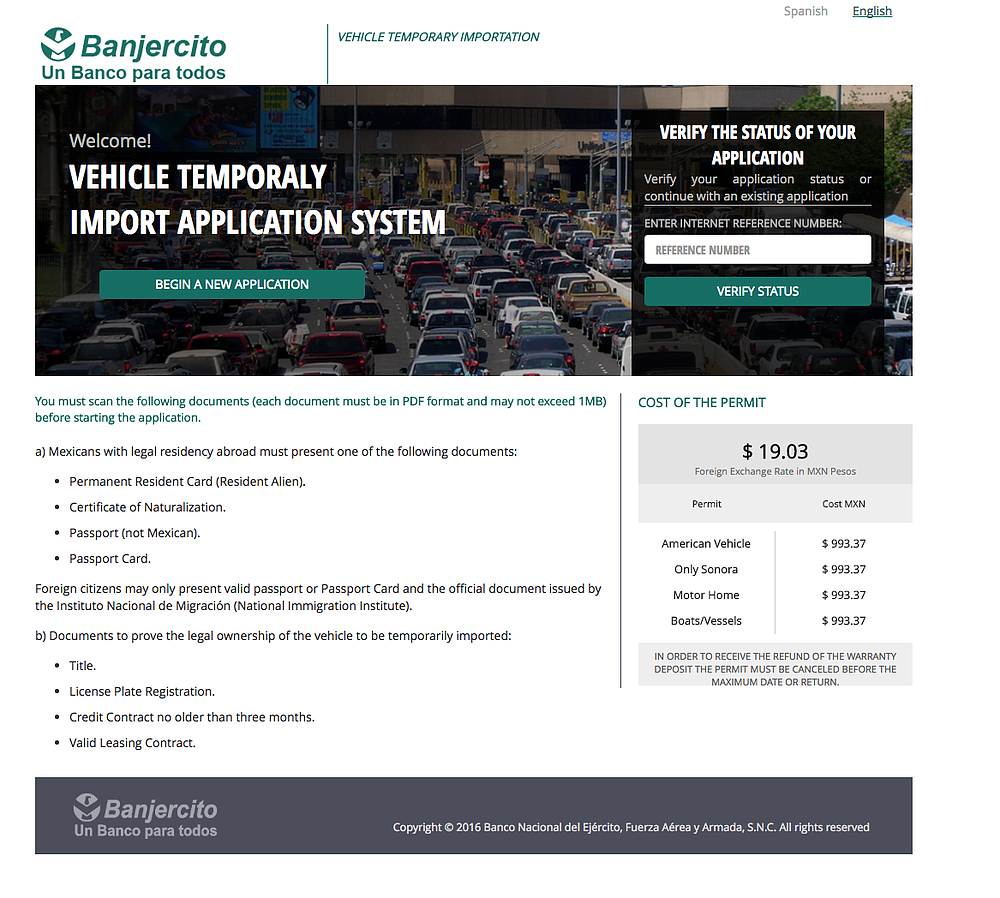 Getting a permit through this Mexican national bank is possible, but “The process is long and confusing, and everything is in Spanish.”

“This is a new [temporary import permit] rule that just started being enforced for travelers going to Baja California,” said Jennifer Kramer from Discover Baja Travel Club. “[Until recently] Baja used to be a ‘free zone’ for vehicle importation permits [and were] exempt from regulations that are in place for U.S. citizens traveling into mainland Mexico.”

"Snow" and her husband drove down from Canada last month in their 40-foot motorhome that was pulling a 1997 Jeep Wrangler. Both of them are retired and during this time of year they stay warm at the tip of the peninsula.

“[We] only read about the new rules on RVs a matter of days prior to our scheduled crossing,” she said, "[and we] decided to wing it and try [to enter Mexico] without a [permit].”

They entered through Tecate and “they didn’t mention anything about the [permit, but] they asked for the ownership on both vehicles and checked that the [vehicle identification] numbers matched the vehicles on our ownership [papers], which matched our [registration] and passports.”

They crossed at Tecate without paying $104 (the cost of two permits plus a deposit for the Jeep) and drove the 1000 miles to their winter home in San José del Cabo.

Not all RVs enter into Baja California as easily, though. “[Worst case,] you will get turned away at the border crossing into Mexico and not be allowed into the country,” Kramer said, if the aduanas (Mexican customs) ask for your permit and you don’t have one.

Kramer's parents started Discover Baja Travel Club 26 years ago, and she’s been involved with the company ever since. In the past five years she has been the marketing director for the company, which handles Mexican auto insurance, FMM tourist permits, temporary importation permits, and Mexican fishing licenses. “We stay up-to-date with everything happening in Baja and are often the first to let U.S. citizens know about new rules, regulations, and news.”

Kramer said the new towing rules started about a month ago and that “unfortunately the Mexican government doesn’t have anything in writing about the new regulations.” She said that through “multiple conversations with aduanas and immigration at all land ports of entry,” the new regulations are effective immediately and are as follows:

Motorhomes not towing anything are able to get a temporary import permit good for ten years. Motorhomes towing vehicles will need to get the ten-year permit on the motorhome and a six-month permit on the vehicle. The vehicle will have to leave the country within six months or the deposit will be forfeited.

Motorhomes towing accessories (for example, trailers that contain motorcycles or jet skis) will only be issued a six-month permit but will not have to make a deposit. Trucks towing fifth wheels and camper trailers will have to get two permits — a six-month permit for the truck and a ten-year permit on the trailer. A deposit will be required for the truck (depending on the value of the vehicle but normally ranges from $200 to $600) but will be refunded when you exit the country and return your permit.

Trucks towing utility trailers or toys do not need to get any permits. All boats over 14.7 ft. are required to get a ten-year permit. Many of the travelers are posting comments of disbelief on their social media forums regarding the new laws because many of them haven’t been told about the permits when entering into Baja in their RVs in the past couple of weeks. Others are saying, “I told you so” and posting both Kramer’s website and a link to a national bank of Mexico, Banjercito. A permit can be purchased for approximately $52 from Banjercito.

Kramer’s website can also handle the paperwork for an additional fee. “Many of our members prefer to have us handle their paperwork, as the rules are complicated,” she said. “The process is long and confusing, and everything is in Spanish.”

When I asked Snow what she and her hubby would do if they asked for their permits upon entering into Mexico, she said, “I was planning to be a dumb blonde gringa if that happened and hope we could do it on the spot.… I think maybe you can [purchase the permits] at the Banjercito [at the border] if needed.”

Kramer’s website also states another law that will affect a lot of visitors and businesses: “A vehicle [that’s not an RV] can no longer tow another vehicle into Mexico (i.e., a truck cannot tow a car into Mexico). If you need to tow another vehicle, we recommend that you have someone drive the second vehicle across the border if possible and then hook up to tow the vehicle once across the border.”

Regarding the racers and their families driving in with their RVs and loaded trailers come mid-November, “Usually the participants in the Baja 1000 get special permission to be a part of the event without getting [permits, along with other special treatment],” Kramer said.

Spectators for the Baja 1000’s 50th anniversary might not have such clout, though: they are advised to have all of the proper paperwork in order when crossing into Mexico.

As if I needed a reason to avoid spending money in Mexico,,