Escaped moves by King Charles by fleeing to Paris

Mary (Howard) of the Holy Cross 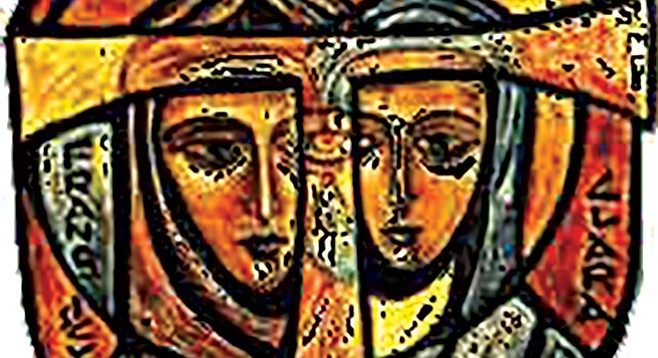 This is the principal service of God, there being nothing on earth which represents more perfectly the state of the blessed in Heaven, than to praise him with fervor and cheerfulness.

For it is written: Happy are they who dwell in the House of God, to bless and praise him eternally. It is the perpetual employment of the angels and the religious persons, being angels on earth, ought as much as possible to imitate the angels of Heaven.

O my soul, praise thy Lord and thy God, to whom belong all praise and glory, in Heaven and on earth. O God of glory and majesty, from thy throne proceedeth a voice, which says to all the inhabitants of the celestial Jerusalem: Give praise and benediction to God, all you that are here. O that every moment of my life I might praise thee, bless thee, give thee thanks for thy great glory.

O most great, most glorious, most bountiful Lord God, I adore thee from the center of my nothing. Give me Grace, that I may always offer to thee the sacrifice of praise with fervor of spirit, that so it may be acceptable to thee.

— from A Short Account of the Life and Virtues of the Venerable and Religious Mother, Mary of the Holy Cross, Abbess of the English Poor Clares at Rouen by Alban Butler

Mary Howard of the Holy Cross (1653–1735) was an English religious sister of the Poor Clares, an order founded by St. Clare of Assisi and St. Francis of Assisi, born into the House of Howard, a Catholic family that included a number of important figures in English history, especially during and immediately after the English Protestant revolt. Coming to the amorous attention of King Charles II during a theatrical performance at which the beautiful and charming Mary was also attending, she was sent by her family to Paris where, despite being raised Protestant, she discovered her vocation to Catholic religious life. Despite her family’s opposition, Mary entered the Poor Clares in 1675 and became abbess of the Rouen community in 1702.