Watch and hear dolphins talk to each other 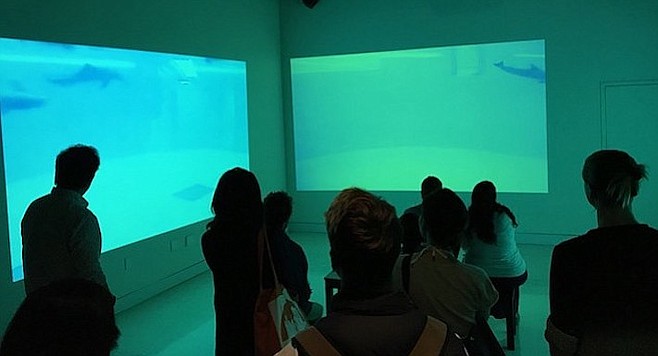 “The thrill of the chase.” That might be what a dolphin is expressing as she swims swiftly in the slipstream of her male companion, as imagined by Lisa Korpos, artist behind Speculative Dolphin Theater at UC San Diego.

In the gallery, footage of dolphins at the Brookfield Zoo is projected on three walls. Narration piped in on speakers interprets the whistles and clicks of the dolphins as they move through the water. 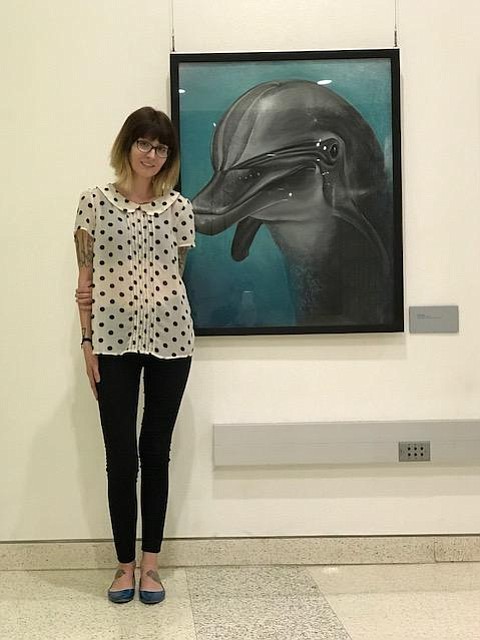 Lisa Korpos poses with "Spree," a dolphin portrait she painted

Dolphin communicate by echolocation—clicks—as well as vocally. Dolphins’ voices don’t come out of their mouths, but from an internal structure called the dorsal bursa that vibrates when air is pushed through it from the nasal passages.

“Whistles” serve a variety of purposes, including “signatures,” sounds that individual dolphins use to announce themselves, almost like human names. “Burst pulses” are high amplitude calls, like screams and yelps. 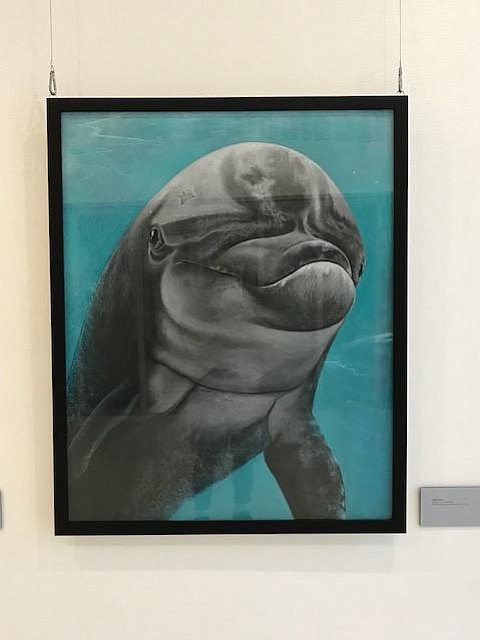 A dolphin smiles for a portrait by Korpos.

Though it’s not necessary to release air when they make sounds, dolphins sometimes issue bubbles when whistling. Researchers think this adds emphasis.

The clicks that accompany echolocation provide dolphins with a picture of what they are bouncing the sounds off of. Johnson compares this to x-ray vision, so they can “see” inside each others’ bodies. An individual can “sonogram” a calf in a female’s womb.