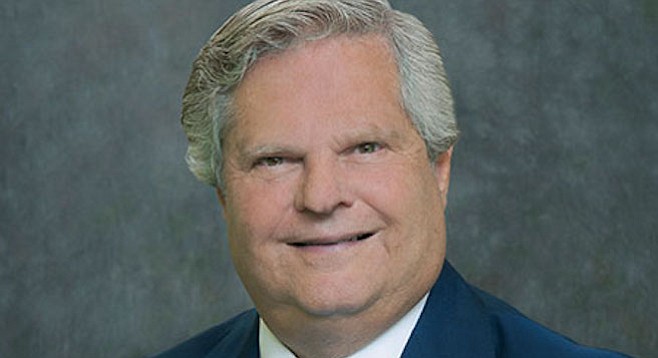 Dr. Sol Lizerbram this fall takes over as president of the Jewish National Fund — the first person west of the Mississippi River to attain that post. The fund raises money to help Israel. He has degrees in both pharmacy and medicine and holds several important posts in the county. He is a trustee of the U.S. Olympic Training Center, the Moores UCSD Cancer Center, and the University of California San Diego Foundation. He is chairman and cofounder of HealthFusion, Inc. and was recognized by NASDAQ/Ernst & Young as 1996 Entrepreneur of the Year in the healthcare industry.

Local and international media heaped justifiable praise on Lizerbram as he prepared to take the post. The San Diego Jewish Journal, Jerusalem Post, Algemeier.com, and San Diego Jewish World lauded Lizerbram, but, not surprisingly, omitted a key episode in his life.

Lizerbram was cofounder and chairman of FPA Medical Management, which "positioned itself as a middleman between doctors and managed-care companies," according to the Union-Tribune. Its revenues soared from $18 million in 1994 to more than $1 billion in 1997 and its stock was hot. But the company was growing too rapidly.

On July 15, 1998, bankers blocked a $2.6 million payment to bondholders because the banks were owed $315 million and said they were in line ahead of those holding bonds. On that fateful July 15, the California Department of Corporations gave the company ten days to come up with a plan to address its nonpayment of claims and its payment of money to its parent, FPA Medical Management.

On that day, Lizerbram resigned but said he would remain as a director and consultant to the company. Within a week, the company filed for Chapter 11 bankruptcy with assets of $46.3 million and liabilities of $345.5 million. "FPA shares had already plummeted from $40 last fall to a low of a few cents following earlier disclosure of losses that analysts attributed to risky contracts with managed care companies and heavy debt" piled up in acquisitions, said the New York Times.

On February 5 of 1999, the California Medical Association sued the company, Lizerbram, and three other executives for withholding key information, issuing misleading statements, and not properly managing the company as it plunged into bankruptcy. Eventually, FPA moved to Florida. In 2002, one former officer — not Lizerbram — was indicted for dumping his stock while giving misleading information to securities analysts.

Oh, yes. There were two reports on Lizerbram that mentioned — sort of — his FPA adventure. When he was named a trustee of the UCSD Foundation, it stated in his biography that, "In 1986, he co-founded a national physician practice management company, and served as chairman of its board of directors until 1998." And Zoominfo.com mentions that he was cofounder of FPA Medical Management.

As a doctor with a degree in pharmacy he should know that obesity causes all kinds of health problems.

AlexClarke: No doubt he knows that. But maybe his doctor hasn't mentioned it to him. Best, Don Bauder

So, was this misadventure of his a case of out-and-out fraud? Or was it more one of inept business management and over-optimism? He wasn't the sole player in FPA.

Visduh: Yes, he was cofounder and chairman, but there were others involved. It was the former chief financial officer, Steven Mark Lash, who was charged by a grand jury with dumping $1.4 million of FPA stock while misrepresenting the company's status to Wall Street analysts, investment bankers and in press releases.

We at the U-T were being fed tales of success that we didn't believe during the ride up and the ride down. I would say that FPA involved both fraud and incompetence. Best, Don Bauder