All you need to know about celebrities 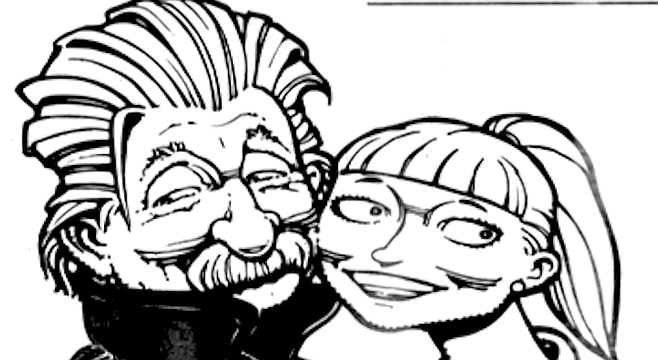 The man driving the 1961 custom X-100 Lincoln Continental convertible was William Greer. According to a 1983 Associated Press interview, Greer joined the Secret Service in 1946 and was the driver for Truman, Eisenhower, Kennedy, Johnson, and such visiting dignitaries as Khrushchev, Churchill, Queen Elizabeth, and Heile Selassie. He retired in 1967. President Johnson had the car overhauled, reupholstered, repainted (from dark blue to black), and it was given an armored top. 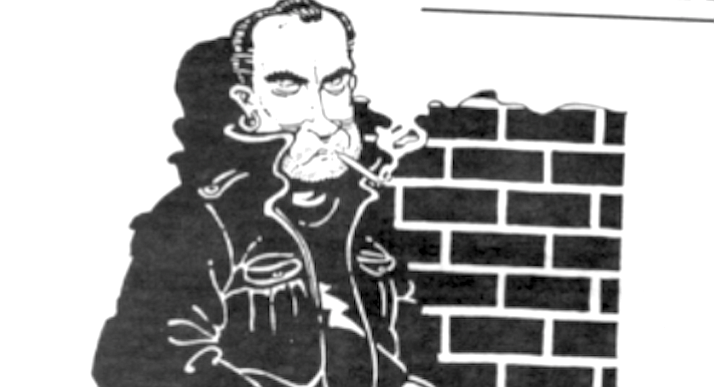 Richard Nixon was an ex-smoker of cigarettes by the time he took office.

The presidents who smoked

Richard Nixon was an ex-smoker of cigarettes by the time he took office. The Museum of Tobacco Art and History in Nashville contends Nixon is still a champion cigar smoker. JFK was also an ex-smoker who switched to a pipe and cigars, though, says the Tobacco Institute, wife Jackie was and is still a chain smoker. You’ll probably not find photographic evidence, since she requested that the White House camera corps not snap pics of the First Lady sucking on a butt. 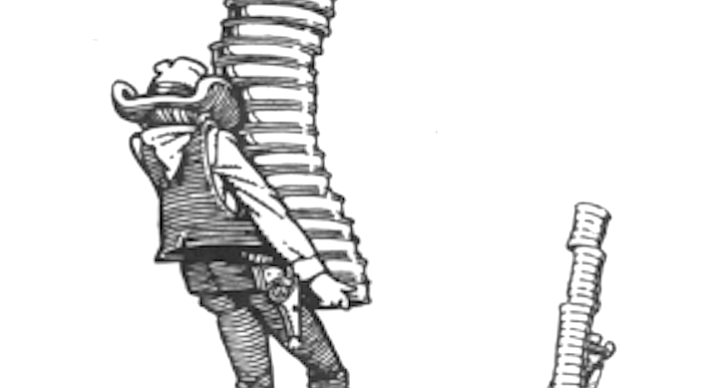 The actor who made the most movies

Big John made 164 screen appearances including two made-for-TV dramas and one documentary. Wayne actually made one other scripted TV appearance when he introduced the first episode of the radio show Gunsmoke. When CBS decided to make it a TV series, they designed the role with Wayne in mind. But the Duke was too much of a ramblin’ kind of guy to be fenced in by the small screen, so he plugged their plans full of lead. 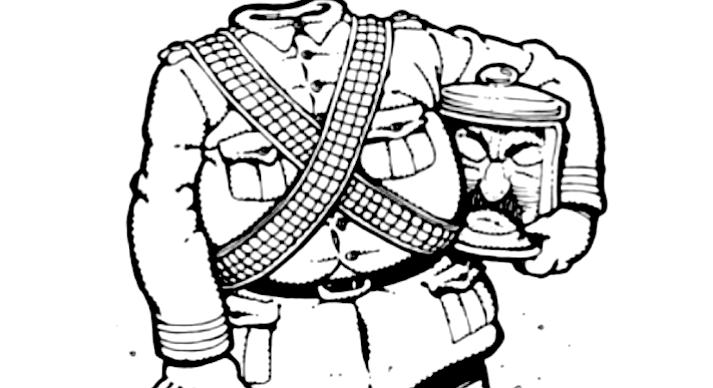 People who believe the story feel that Pancho Villa will not rest in peace until his head and body are reunited.

Pancho Villa’s head — the story behind its disappearing

One of Pancho Villa’s sons, 21-year-old Pancho Augustin Villa, had just been declared “violently insane” by an L.A. judge and was confined to a psychiatric hospital. Until September of ’33, he’d been a student in San Diego. He and his mother, Asuncion Villa, had moved to Los Angeles because Pancho was slated to play a role in Viva Villa! But ever since signing the contract, the younger Villa had been “acting strangely,” going around naked, and threatening to kill his mother.

A New York physician and Napoleon scholar, John Lattimer of Columbia Presbyterian Hospital, is certain he now owns the fabled penis of Napoleon. He bought it, he says, for $4000 in a deal with the French government in 1972. It is now in the hospital’s Squire Urology Clinic. Lattimer has been quoted as saying the relic looks like “a small, shriveled finger. But to be fair, it has been sitting in the jar for a very long time.” 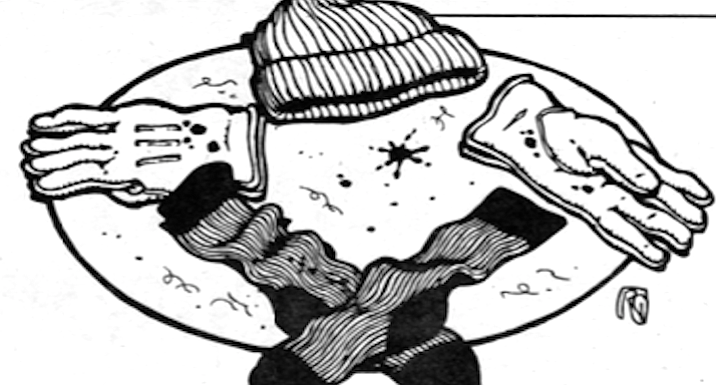 Items of clothing from a homicide, particularly contaminated evidence like the glove, could not be put up for sale.

Judge Ito will release back to the D.A. all evidence submitted by that office, and to the defense their evidence. Any personal items (the golf bag, the Bronco, etc.) can be reclaimed by their owners. But of course, no one’s going to leap forward to claim the glove and cap. Well, in a sane world, nobody would. But this is L.A.... Anyway, items of clothing from a homicide, particularly contaminated evidence like the glove, could not be put up for sale. 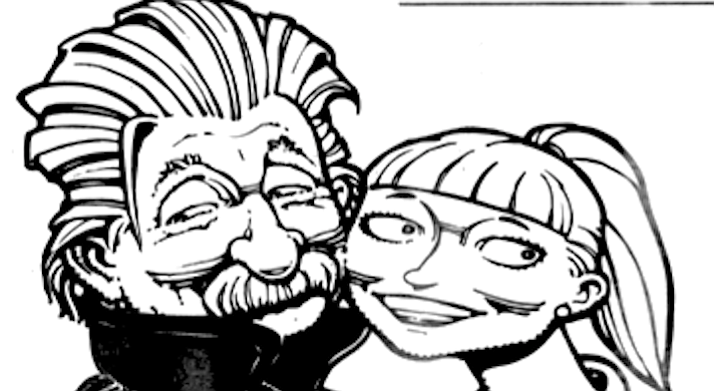 Max Born took some of Albert Einstein’s scientific papers with him on his honeymoon.

It’s not so crazy that Einstein just maybe, somehow, might have met Max’s granddaughter Olivia and given her a friendly peck on her little toddler cheek. The president of Hopelessly Devoted, the Olivia Newton-John Fan Club, says poor Olivia only met her Grandpa Max once, even though he didn’t die until Olivia was 22. But I’d like to believe she was secretly thinking about Albert when she recorded “Let’s Get Physical.” Or was that “Let’s Get Physicists”? 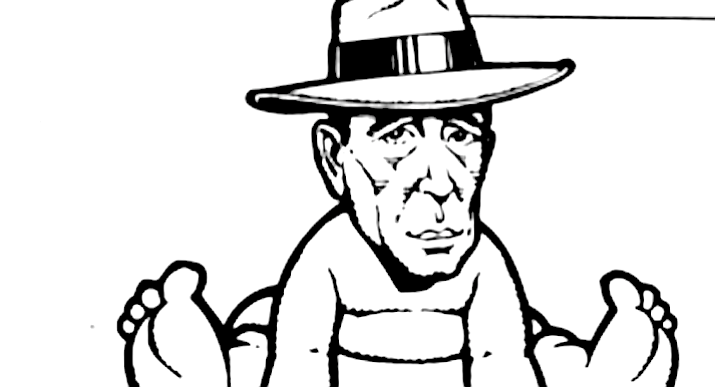 That pudgy face on the Gerber jar is Ann Turner Cook.

Humphrey Bogart was not the Gerber baby

That pudgy face on the Gerber jar is Ann Turner Cook, who, in 1928, lived next door to illustrator Dorothy Hope Smith. But it happens that Bogey does have a strained-carrots connection, just not the one most people think. His mother, Maude Humphrey, was an illustrator and used her baby as the model for many of her sketches. Bogey’s mug appeared on package labels and in ads for Mellin’s Baby Food beginning around 1900.

When Bob Dylan took off his sunglasses

Please note that besides the hidden joy buzzer, our amiable paw holds a pair of sunglasses. And so does Bob’s. M.A.’s chief technician in charge of inconsequential musical info can’t imagine what they said to Dylan to convince him to remove the shades. At the time, it was the first solid evidence that Bob had eyes, so rarely did he uncover that space between his forehead and his nose.