Completed in 2015, scenic property on La Jolla Scenic Drive has yet to welcome its first resident 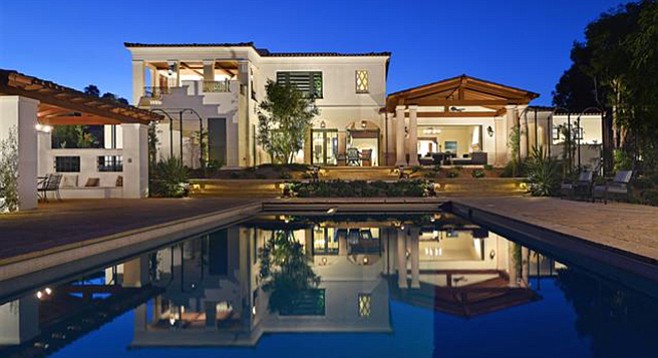 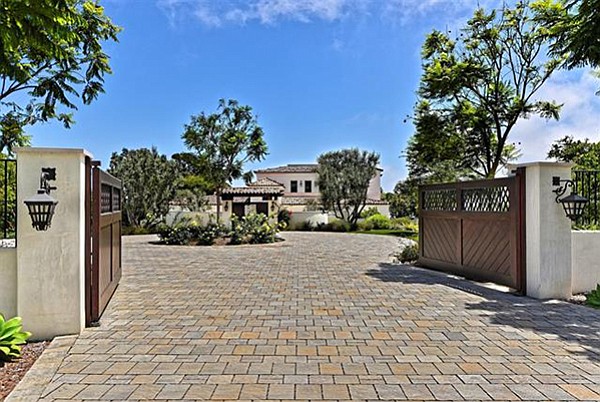 A private gated paver-stone entry leads to four garage spaces and outdoor parking for another dozen cars. Beyond, the entry courtyard greets guests with a water fountain. 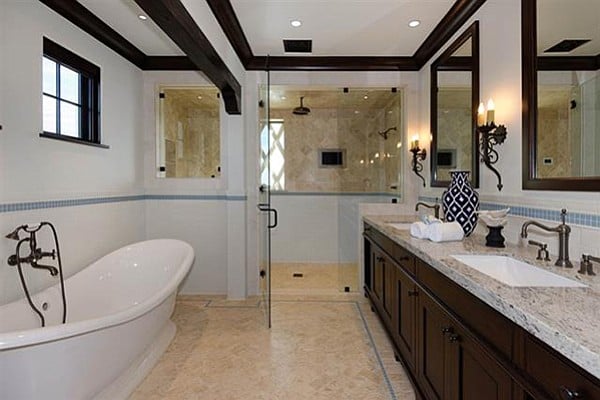 One of eight bathrooms

In addition to the requisite chef’s-quality kitchen, the estate boasts “custom wood cabinetry throughout the house including built ins in closets,” central vacuum system, “custom precast fireplace and range hood,” and room to install a “LULA elevator.” Every room in the house is “prewired for access for centralized A/V sources including wiring for Direct TV, Dish Network, Blu-Ray.” 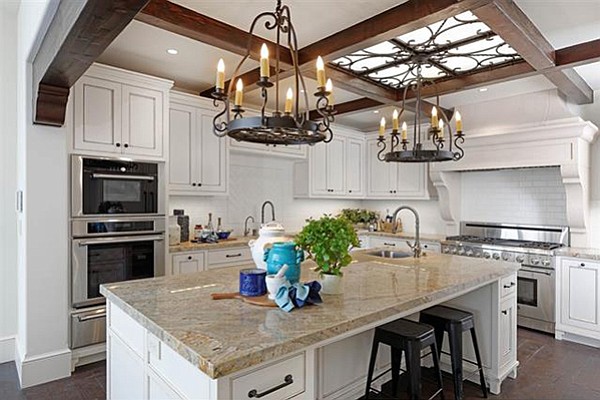 Dual master suites feature steam showers, with the upper-level space leading to a covered terrace while a main-level master opens to a “beautiful patio.” The family room opens to a covered veranda, beyond which lies the “resort living backyard” with solar-heated infinity-edge pool and spa, built-in barbecue station, outdoor fireplace, and a large grassy lawn. There’s also a rooftop deck with southerly views of the city skyline, San Diego Bay, Coronado, and the Pacific Ocean beyond. 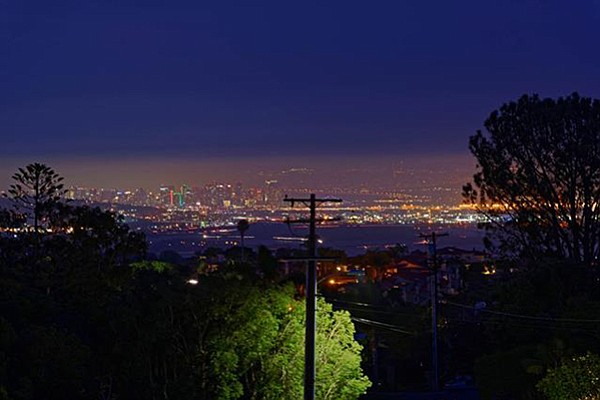 FIrst offered for sale in January 2016

Design work on the property is said to have been done by Bennett & Associates; two noteworthy architecture firms under similar names exist in Southern California — one based in Pasadena and another, Bennett Associates, headed out of La Jolla by Trip Bennett, who has said he’d “like to change the conversation on the preservation of historic structures from ‘have to’ to ‘want to.’” Steigerwald-Dougherty Inc. of Solana Beach performed the build.

Though construction of the estate was completed in 2015, it has yet to welcome its first resident. Tax rolls indicate current ownership lies with the Barrow family — patriarch Ted Barrow was a data-processing officer in the Navy and now lists his occupation as “principal at THB Consulting,” one of several firms sharing similar names.