Stats for UCSD and SDSU 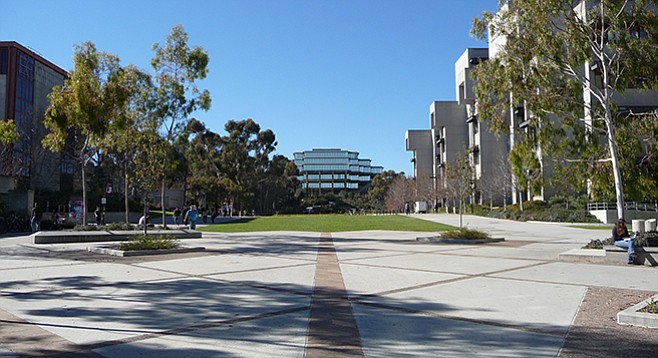 Rape was on the rise at UCSD during 2016, with ten cases reported, versus eight the year before, according to the school’s latest Clery Report, required by federal law to be filed annually. Arson reports also jumped, from 4 to 7. Hate crimes went from zero to three, including “one on-campus intimidation incident characterized by gender identity bias.”

Jack McGrory, the controversial former San Diego city manager who is leading the charge against the SoccerCity plan to privatize what used to be called Qualcomm Stadium, is being inducted into Junior Achievement’s Hall of Fame.