Spongebob Squarepants is still on TV

The early 2000s can seem at once distant and familiar 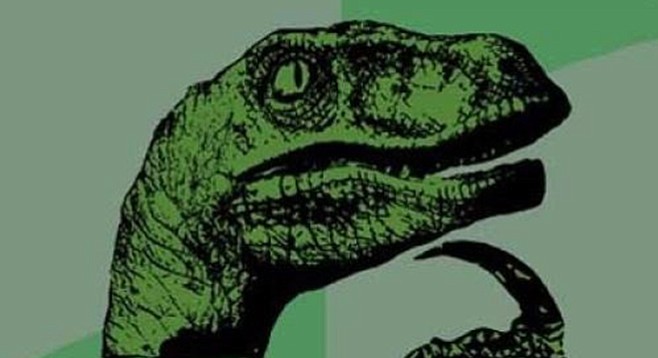 Dear Hipster: Here I sit, gazing forlornly at my navel and contemplating the nature of time. What is time? While I can look at the clock and see the second hand tick-tick-tick the day away, I can’t shake the feeling that time only exists because we measure it. If man did not need to measure the workday, would time matter? I think not; yet, neither can I deny the evidence of passing time made manifest in so many things that care nothing for clock time. Plants and animals grow and die, and the continents drift inexorably and irreversibly apart. It seems as if the passage of time hath been writ large upon the fabric of the material world, in indelible ink no less. And its passage requires neither human intervention nor realization to take effect. I have come to suspect that the actual truth lies somewhere along a continuum, with time as manmade effect on one end, and time as fourth-dimensional property on the other. Between these two poles lies a kind of chronemic Goldilocks zone, just right to sustain the ticking of the world without subsuming all existence in the crushing march of hours. But I am not so sure of all this, so, tell me, fellow navel-gazer, what is time, and why does it vex me so? — Omphaloskeptic in East County

Trying to answer the old “what is time?” riddle doesn’t just put Baby in a corner, it sends her to bed without any dessert and assigns extra chores every day for the next month. Even scientists — usually a safe bet to poke holes in everyone’s ridiculous dreams — can’t help but wax esoteric and embrace the hokey when they start talking about time.

For our part, hipsters take a simultaneously expansive and narrow view of time. The passage of time is in some ways absolutely indispensable to hipster culture. So many essential aspects of life — mullets, flannel, mustaches, baggy jeans, skinny jeans, martial arts movies, tribal tattoos, and fearing the rise of Russia as a new world power, to name a few — cycle through a semi-predictable cycle. They pass from mainstream to passé to retro to avante-garde to once again mainstream. Such a cycle would be impossible without a concept of time.

And yet, the hipster must be flexible in his conception of time, because how else could he raid the cultural mores of past generations without regard for some sort of continuity? In the mind of the hipster, cool stuff from the ’40s, ’60s, ’80s, and ’90s coexists in a kind of timeless harmony. With this flexible view of time, the early 2000s can seem at once distant (can you believe we lived in a world where leggings were not considered pants appropriate for all-day-every-day wear? And yet, the brief time between the early ’90s and now was just such an epoch), and so familiar (Spongebob Squarepants is still on TV, and, apparently, shall ever be thus).

What we think of as time ultimately plays a subsidiary role in hipster consciousness. It is no more and no less than the eventual distance between the stuff I used to be into, today’s mainstreamism, and the retro cool of the future. The same thing, at different points in time, is either hipster or not. However, like snarky humor, it only matters in context.