Lorraine Castellanos to bring early rock sound to the Casbah 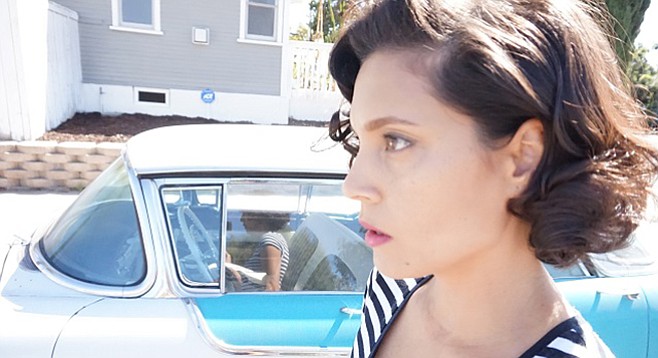 “It’s something that’s been brewing for years,” says vocalist Lorraine Castellanos, referring to her December 17 Elvis Presley tribute at the Casbah. “But I just couldn’t find the right location. I tried doing something a few years ago with Sue Palmer, but it never materialized.

"This year I realized that I need to do this show and said, ‘I’m going to make it happen, damn it.’ Gilbert [Castellanos] came up with the idea of the Casbah so I reached out to Tim Mays and he was very enthusiastic.” 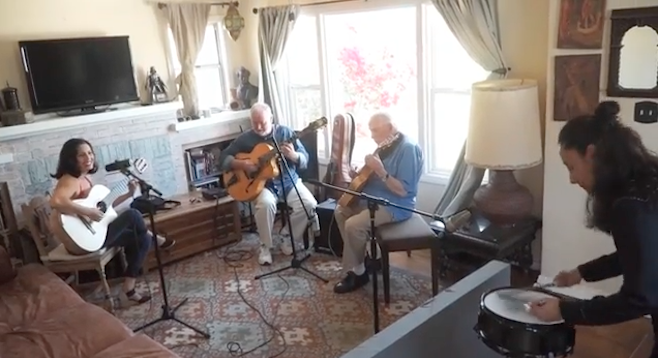 For Castellanos, Elvis was a primal influence.

“When I was growing up, my mom would play the Blue Christmas album every year and it always gave me the warm fuzzies. I always loved him — his voice, his looks. He took black American music and that country-western thing and smashed them together and became a huge influence on pop culture, including me.”

She’s used to performing jazz and Latin standards with the cooperative trio Besos de Coco or her own Lorraine Castellanos Sextet at a variety of more quiet venues, so she’s looking forward to something different.

“I’ve never been there, so I’m not sure what to expect. That’s going to be a first for me and most of the cats in the band [Ed Kornhauser, keys; Dean Hulett, bass; Bob Boss, guitar; Matt Smith, drums; Rebecca Smith and Jonny Viau vocals] are jazzers, so I’m super excited.”

Her set list includes lots of holiday classics and tunes most people will know. “We’ll do ‘Blue Christmas,’ of course, plus ‘Return to Sender,’ ‘Jailhouse Rock,’ and ‘Hound Dog.’ Also stuff from his gospel album, like ‘Peace in the Valley,’ and the kitschy ’70s stuff, like ‘Suspicious Minds,’ and ‘Viva Las Vegas.’”

She’s going to resist the temptation to “jazz it up.”

“My aim is to be true to the material, to be on the authentic side with the occasional solo from time to time. We’re not trying to make it an intellectual experience.”