Jesse Billauer's second life on a board 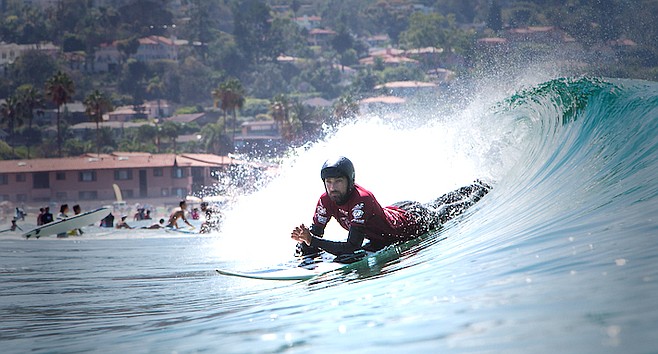 In the mid-1990s while still in his teens, Surfer magazine named Jesse Billauer one of the top 100 up-and-coming surfers in the world. He was surfing Zuma Beach at Drainpipes before school in March of 1996: “On a morning like any other Malibu morning, I pulled inside a barrel and got thrown headfirst into a shallow sandbar. The impact broke my sixth vertebrae and I instantly became a quadriplegic”.

The next three years he and friends Rob Machado and Al Merrick worked on a board that he could lie down on with straps out toward either edge, or rail, to hold while leaning into the wave and he surfed for the first time since his injury in front of Machado’s house at Cardiff Reef. Once in the water again, more modifications were needed; after breaking his leg in six- to eight-foot surf, they added fins toward the rear to keep his legs from sliding off the board.

In 1999, he started Life Rolls On, dedicated to helping young people affected by spinal cord injury through adaptive surfing and skating.

The International Surfing Association will hold the World Adaptive Surfing Championship this week in the surf at La Jolla Shores.