Straight from the Hip — editor's picks 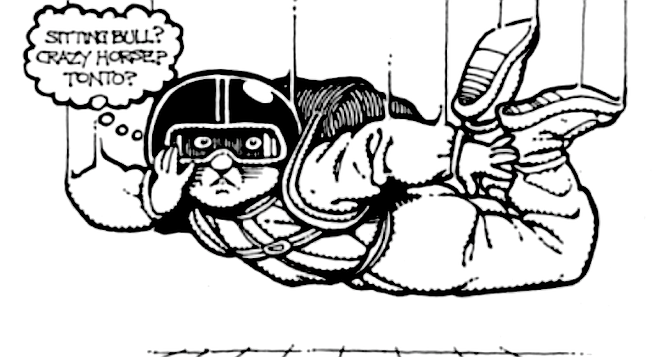 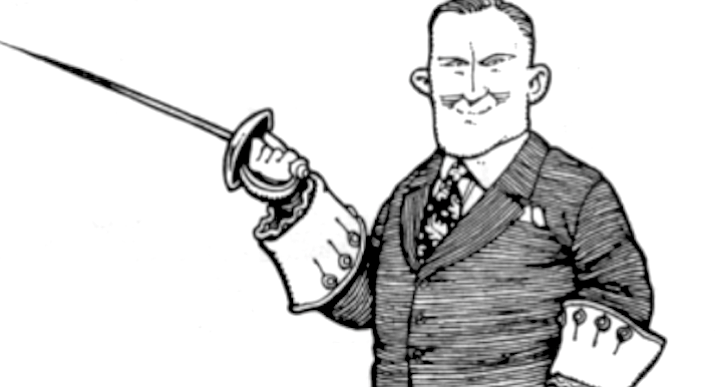 Big buttons kept the troops from wiping their noses and mouths on their sleeves.

Useless parts of a sports jacket

If you like your explanations tidy and tasteful, then the buttons are vestigial decorations, a sort of fashion appendix, left over from the days when wealthy men buttoned tight-fitting coat sleeves over their lace-cuffed shirts. Buttons actually were a fashion decoration mania a few centuries ago. The ruder, cruder explanation credits either (a) the French or (b) the Prussians with covering the cuffs of military jackets with big buttons to keep the troops from wiping their noses and mouths on their sleeves. 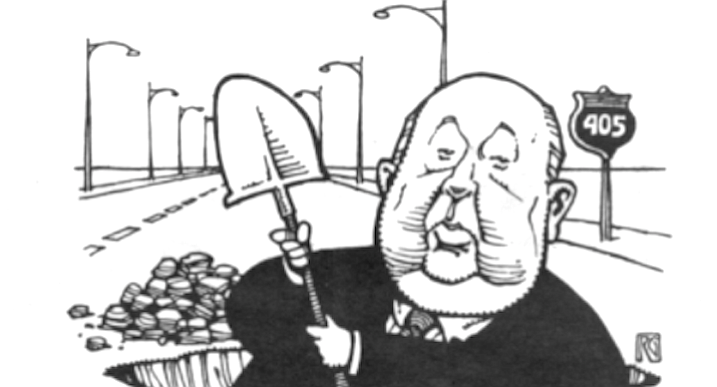 Like Hitchcock, we’d all rather believe Evelyn’s part of a freeway.

The persistence of the Scott and Hoffa rumors substantiate one of my pet theories. When nature creates an information vacuum in our brains, we’ll fill it with whatever seems most fun, most sensational, the story most likely to appear on page one of the National Enquirer. Like Hitchcock, we’d all rather believe Evelyn’s part of a freeway than the more likely story that Scott burned her remains in the family’s incinerator 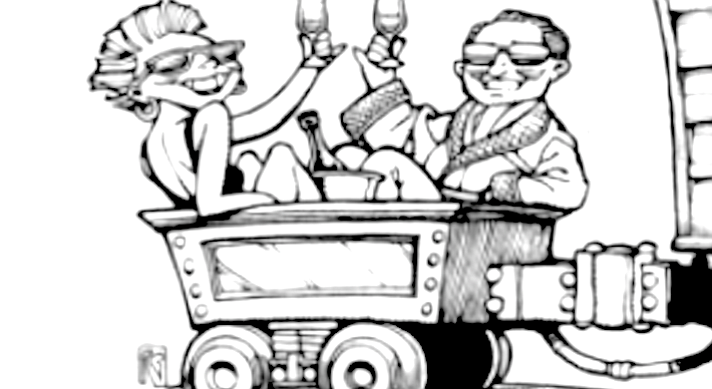 That caboose is going to have to sit on a siding when you’re not using it.

The cost of a private railroad car

Once you’re hooked up, Amtrak will haul you for $1.60 a mile. If they have to add an extra locomotive to pull your weight, it will cost you an additional $2.50 a mile, so a cross-country trip can run more than $10,000. For any sightseeing stops you want to make en route, storage on Amtrak rails costs $100 to $150 a day. Premiums on $1 million worth of insurance on a car leased commercially will run you $1700 for every four trips. If yours is to be a Gleeson’s-only caboose, you may be able to cut that a bit. 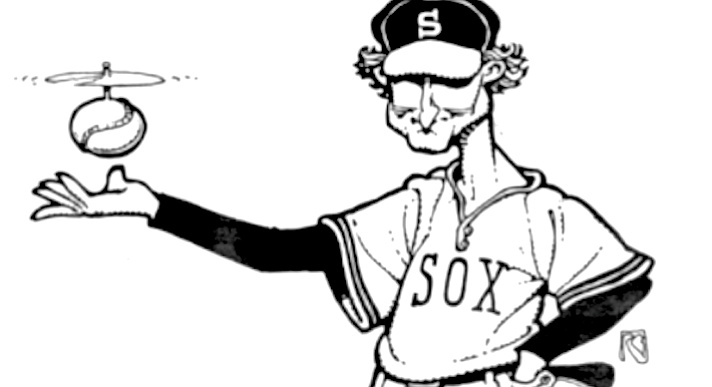 The backspin would have to counteract the force of gravity plus the initial downward trajectory.

How a fastball rises

With all due respect to San Diego native Dave Morehead, who, by the way, pitched his no-no back in the late Cretaceous period (1965), a rising fastball does not rise above the point of release. As it passes the batter, it’s heading down, just like every other pitch. I cite as my authority Robert Adair, Yale professor of physics, baseball junkie, and one-time “honorary physicist to the National League,” a wry joke of the late commissioner Bart Giamatti. 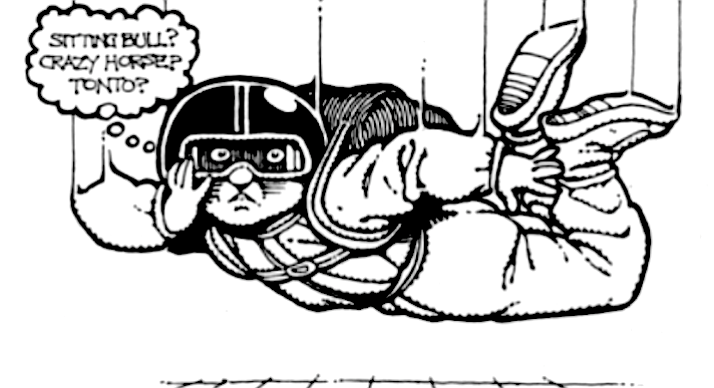 The men began joking around, calling one another Geronimo.

At Ft. Benning in 1941 Private Aubrey Eberhart was a trainee in the 501st Parachute Battalion. One day as he was about to leap out of a plane during a training exercise, he yelled “Geronimo!” to his fellow troopers “to prove that he had full control of his faculties,” to quote the history text. Soon enough everyone at ’chute school was saying it, and it traveled with them into war. 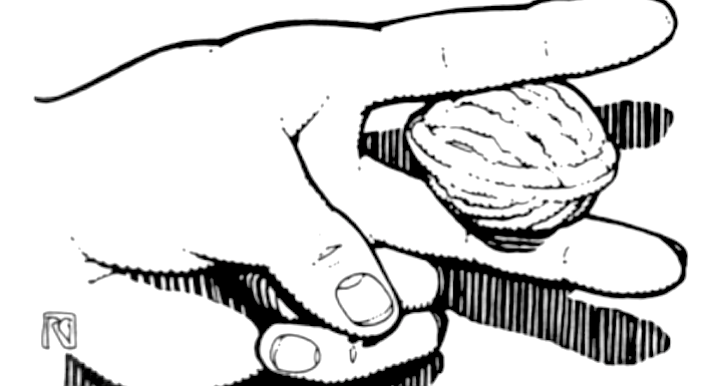 The bubbles mass together into a single large bubble, which eventually bursts with a loud snap.

To keep the ends of your fingerbones from wearing out through friction, nature has inserted between the two surfaces a sac filled with a thick fluid, a sort of digital 30-weight. This synovial fluid contains microscopic air bubbles. When your fingers are stretched out straight, there’s enough pressure on the fluid to keep the bubbles small. When you bend your fingers, you reduce the pressure, the bubbles mass together into a single large bubble, which eventually bursts with a loud snap. 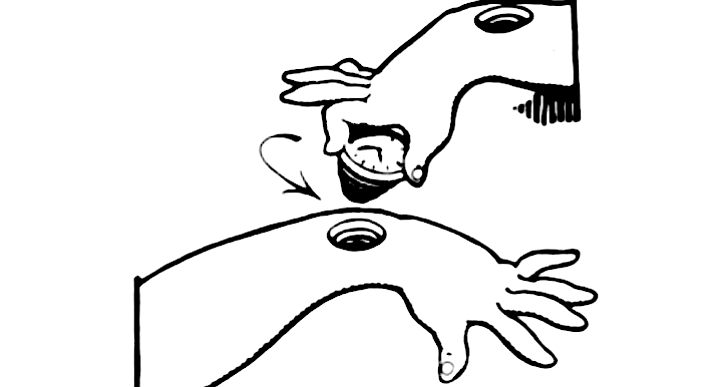 I sat on a bench with pencil and paper and found out that out of 375 people, only 4 wore theirs on the right hand.

Watches belong on the left hand

As for why the human population is predominantly right handed, the theories are complicated and unproven, but it seems to be linked to other types of hemispheric specialization, speech in particular. The most audacious theory that’s been proposed says that because left-handedness is more common among epileptics and others suffering from brain-related afflictions, including mental retardation, lefties are actually — hey, they said it, I’m just reporting it — brain damaged. 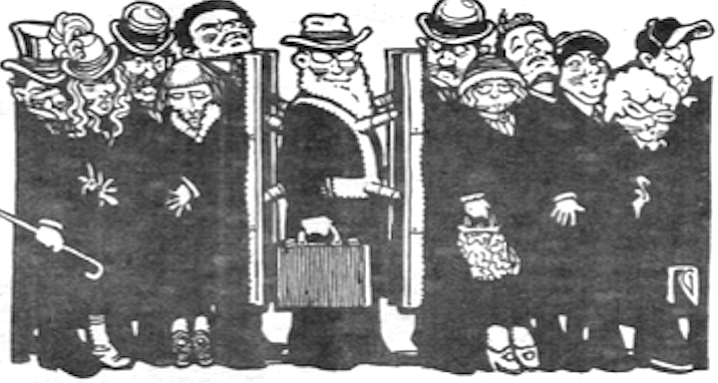 The average American will start feeling uneasy when a stranger invades the invisible four-foot circle.

People from other countries are pushy waiting in line

As much as Germans like body- and ego-protecting seclusion, Middle Easterners, according to Hall’s studies, like companionship and family closeness. For them, there is virtually no “private zone” outside the body. Like Mediterraneans, Middle Easterners can tolerate what we’d consider a crowded environment and in fact prefer it to physical privacy. The ideal house has living areas with few partitions and is filled with all members of the extended family.

If you can accept a duck with hands and a dog that wears gloves, shoes, and pants, why quibble about missing digits? But anyway, Walt must have known you’d ask, because he explained the situation in one of the many books about the studio. “Leaving the finger off was a great asset artistically and financially. Artistically, five digits are too many for a mouse." 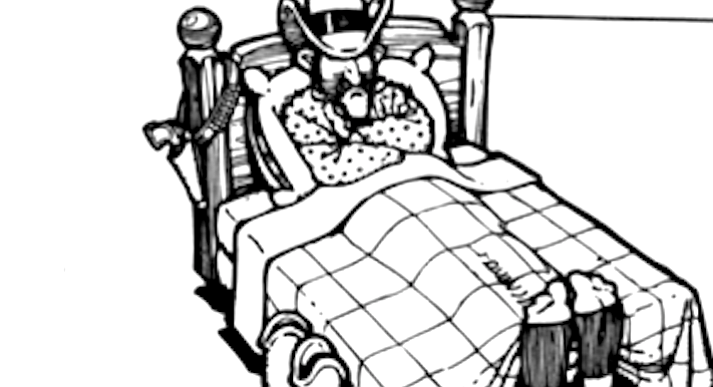 Sheet and blanket makers have grumbled for decades.

The size of king-size beds changed after WWII

The Cal king, the original king-size bed, was pretty much a California-only product. The rest of the country got the wider, shorter standard (“eastern”) king. (Virtually all mattresses, even national brands, are made close to the area where they’re sold. No manufacturer spends the money to ship mattresses around the country.) Sheet and blanket makers have grumbled for decades,

Why you don't hear about cancer of the butt or heart

Nerve and muscle cells never renew themselves. (The ones you have can get bigger, you can get new ones, and some can die, but it’s not a renewal cycle.) Which type of cell do you think is more sensitive to a cancer signal that says, “Gentlemen, start your replicators”? Likewise, if cancer starts in one spot and is carried through the blood or lymph another, it doesn’t find as friendly a home in your glutes as in your lungs. 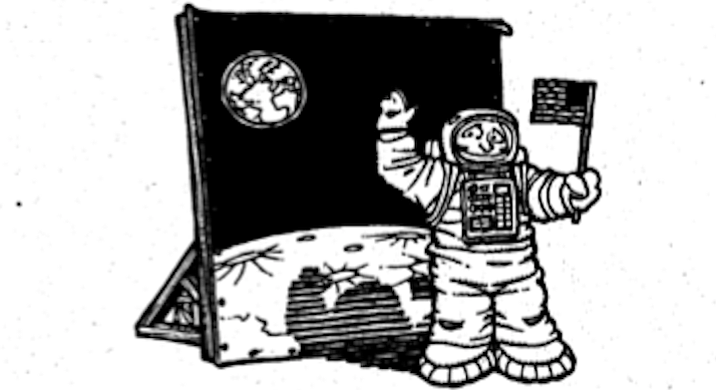 Astronaut eyes were adapted to the bright lunar surface

Why there are no stars in moon landing photos

If you want a clear picture of a large, bright foreground surface such as the moon or a planet, your camera has to be set for a very short exposure time. As a result, dimmer objects in the distance don’t have time to register on the film. Stars would be visible in the lunar sky even on its lighted side because the moon has no atmosphere. But much like the camera lens, the astronaut dudes couldn’t see them while their eyes were adapted to the bright lunar surface. 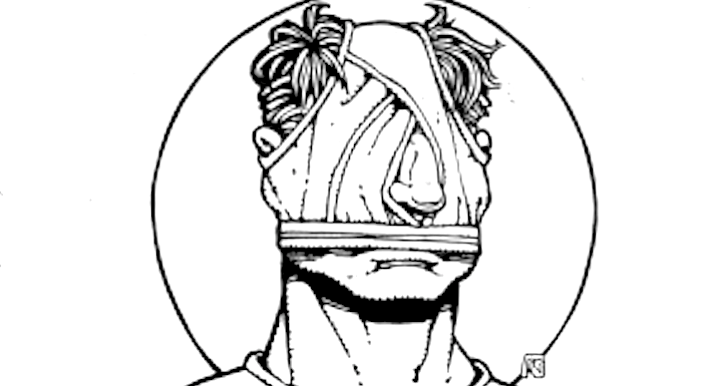 How men's underwear briefs came to be

As we broke out of the Victorian grip, the world of sports (boxing and swimming) began to influence underwear. The Army issued “boxer” shorts as summer underclothes for infantrymen, and they carried over to civilian wear. But Jockey International led the briefs breakthrough in the early 1930s, when they stole a fashion trend from the French Riviera — men’s short elastic-knit bathing suits (bottoms only) — and offered them as the newest thing in men’s underwear.

The shiver men feel before going to the bathroom

Everyone’s favorite anatomical area, the urogenital region, is crammed full of nerve endings, a lot of which respond to pressure — making sex a whole lot more fun, for one thing. Likely, it’s the pressure stimulation of full bladder/bowel, movement of the contents, or some related muscle contraction that zaps that little frisson through you.