Outside the boundaries at Village Kitchen 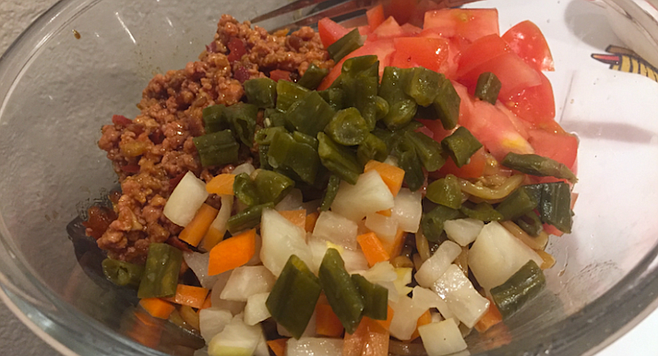 When David and I agreed to join our friends Katie and Jordan for dinner at Village Kitchen, I was mildly apprehensive. This Chinese restaurant in Clairemont is known for its Hunan-style cuisine, and I wasn’t familiar with the region. The last time Katie and Jordan had urged us to try one of their favorite Chinese restaurants, it was Mongolian — turns out I don’t care for the dairy and animal fat-rich fare of Mongolian food. All I knew about Hunan food was that it was said to be spicier than Sichuan, with a focus on colorful vegetables and aromatic notes of smoke and vinegar.

I’ve often chided myself for not trekking further north on Convoy and exploring more of the Asian fare Clairemont Mesa Boulevard has to offer, so I was glad for the reason to break free. We were seated beside a wall, beneath a flat screen audibly displaying a Chinese TV soap opera. Because I don’t understand the language, the noise wasn’t bothersome, and seemed to mix into the background din of people speaking Chinese and the soft-rock piped in through speakers in the ceiling. 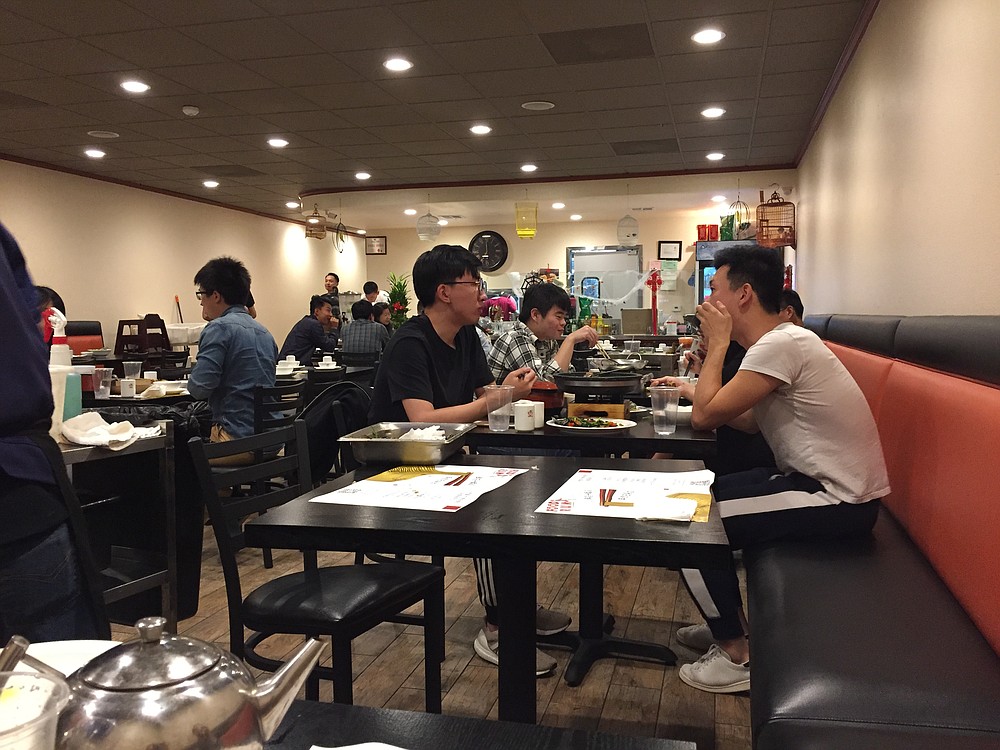 I was relieved to see that the menu (written in Chinese with English translations) contained photographs of the dishes. Similar to ordering sushi at Japanese restaurants, we were to place our order by marking the box next to each item (in both languages, but smaller) on a strip of paper that came with the table. And mark it we did. Katie and Jordan wanted to try new things, but they wanted to introduce us to their favorites. It was decided that we’d be ordering enough for plenty of leftovers. 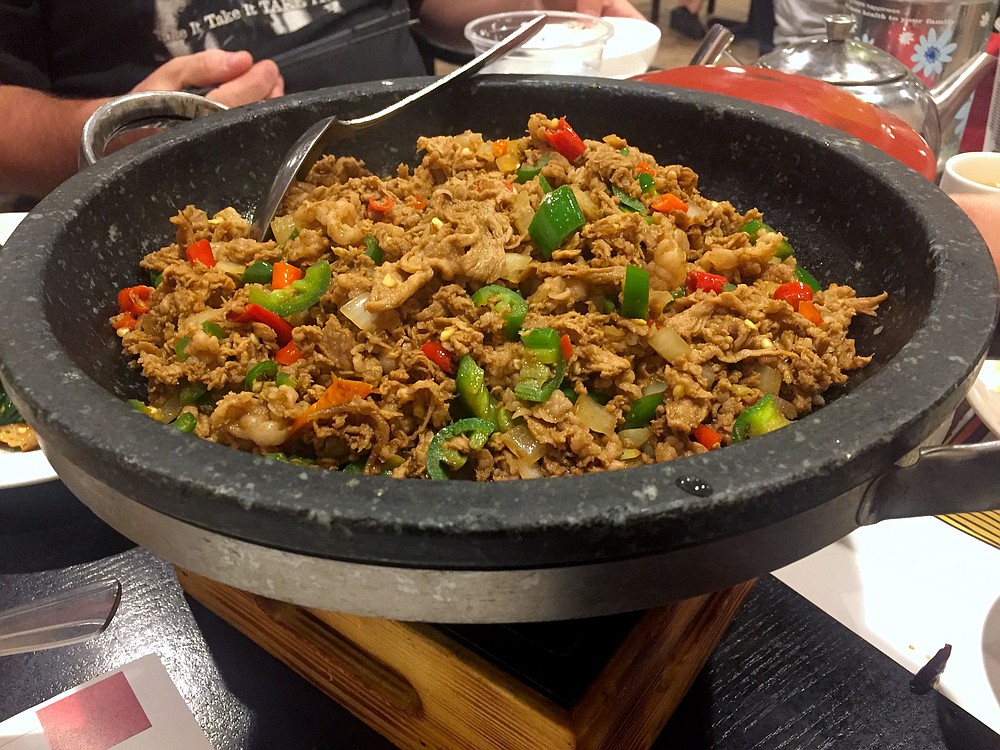 When the food began to arrive, we feared there wouldn’t be enough room on the table. The dish that took up the most space was the Lamb Stone Pot ($14.75). Somewhere between ground and shredded, the lamb was mixed with onion and chili. After a few bites, Jordan and David started wiping at their brows. I passed on this, but the guys placed this in their top three of the seven dishes we ordered. 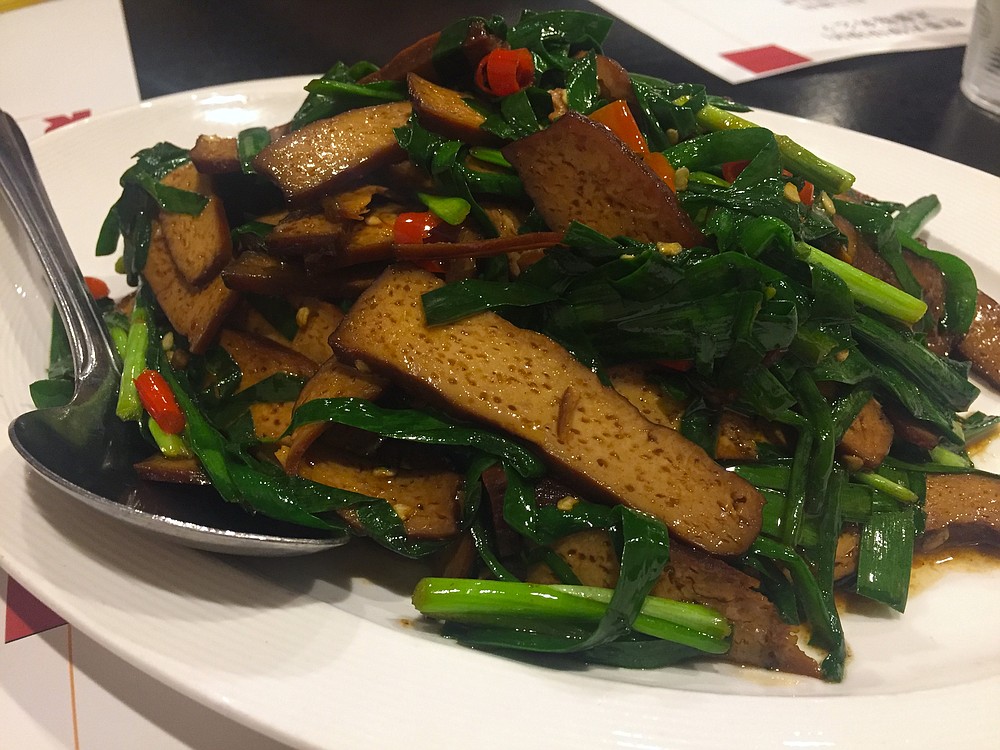 I’d gotten the Sweet & Sour Chicken ($12.75) as a backup, but it ended up being a favorite of the table. More savory than sweet, with a pleasant kick.

My least favorite bite was the Classic Stinky Tofu ($11.75); this was the one plate that appeared untouched by the end of our meal. The smoked flavor was overpowering, and the vinegar made it taste like pickled bacon. Katie said she’d happily eat it the next day. 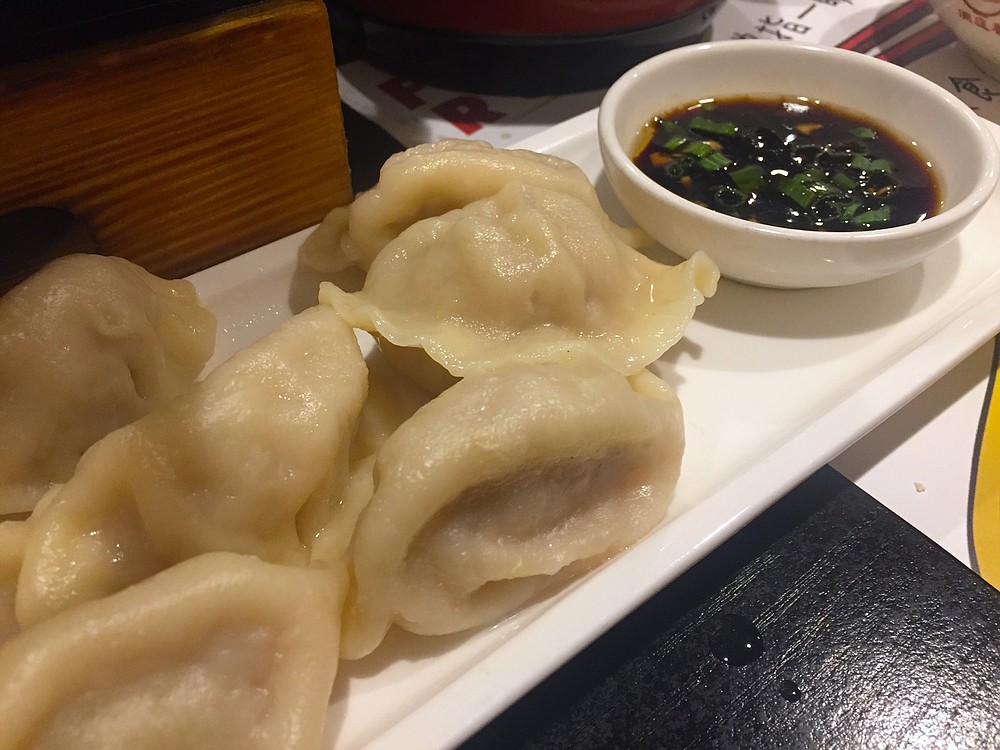 The Pork Dumplings ($7.75) pleased, and we all enjoyed the chives in salty dipping sauce, as they added brightness and a depth to well-seasoned pork. 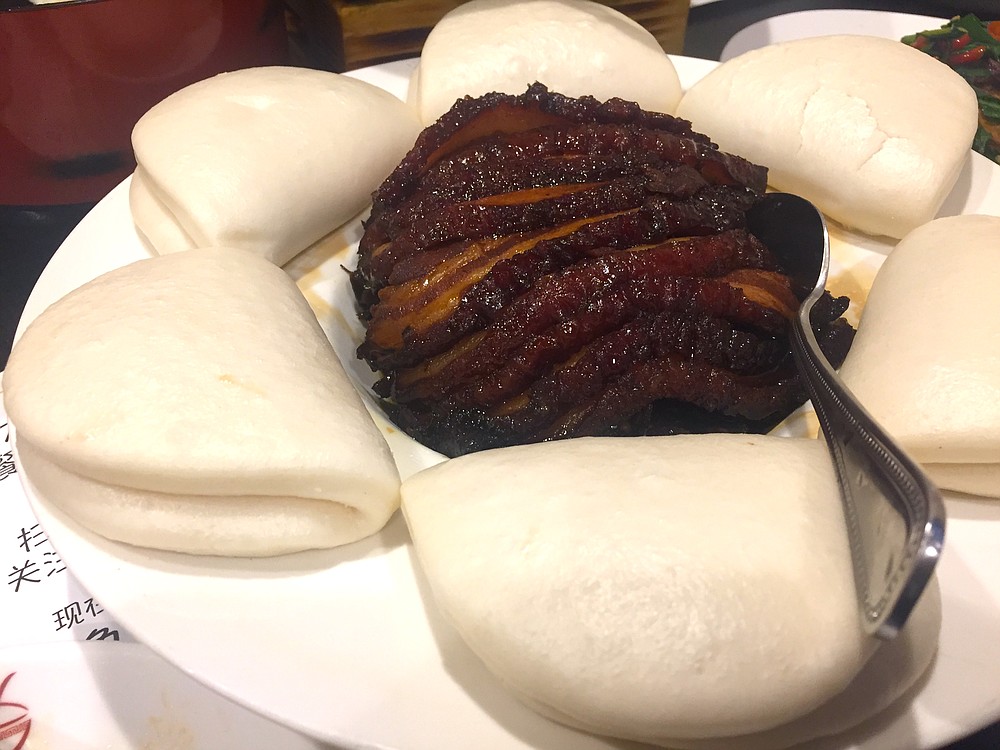 In a twist, the one thing we ordered for its name, Microblogging Crazy Raw Noodles, was a hit. Here, the vinegar and pickled vegetables paired with ground beef and cold noodles. My mouth was at first confused, and then alive with the rich and tangy-sweet blend of flavors and textures. We never did figure out what “microblogging” had to do with a cold beef and vegetable noodle salad, 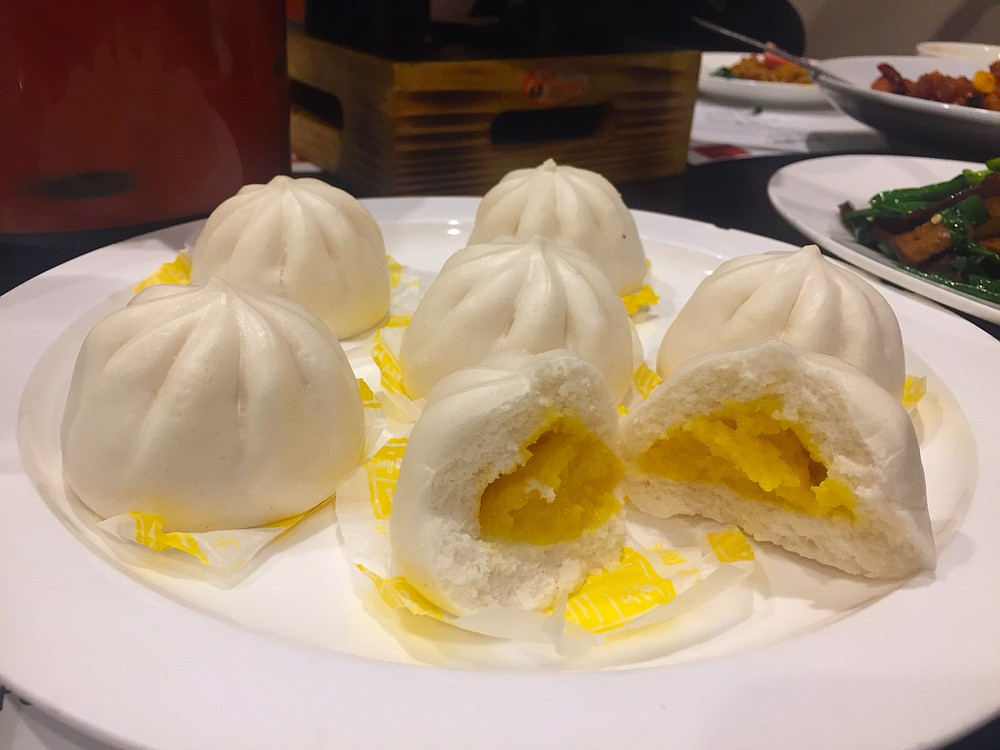 Custard buns. If the word "mild" were a flavor, it'd be this.

I did not try Grandma’s Braised Pork ($14.75), but this was among Katie’s favorites from prior visits. My only disappointment was dessert — we’d gotten egg custard buns, and I was hoping for something along the lines of the buns I’d get at Jasmine or other dim sum restaurants. Instead, the dough here was fluffy, but mostly tasteless texture of the bao buns that came with the pork, filled with a slightly sweet custard. We soon discovered that adding a piece of the saltier Sweet and Sour Chicken to the bun made for a sweet and savory finish to our meal.