Crudo on a Thursday: out of the foie gras, but not the sea bass

Look beyond the pisco sour and gin fizz 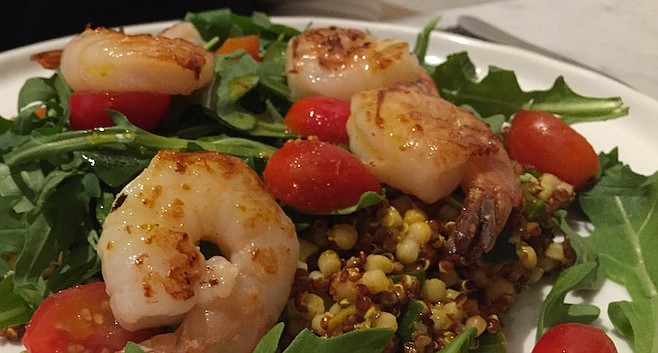 Dining out has never been just about the food. Every aspect factors into the overall experience, from the way you’re greeted at the door to the lighting at your table. With the advent of countless food delivery apps, the effort and added expense of dining out (transportation, wine markups, higher tips) heightens the importance on these other aspects. Just as the atmosphere and service at a restaurant can add pleasure to your meal, in some sad cases, it does the opposite. Unfortunately, the latter was my experience at Crudo in Del Mar.

Our friend Larry had come across an advertorial piece in Modern Luxury Magazine, and suggested we all try out this nine-month-old restaurant. He was particularly taken with chef/owner Pascal Lorange’s history of cooking in Michelin starred-kitchens. It was a Thursday night at around 7:00 pm, and the place was empty. We chalked this up to its location, a fancy strip mall surrounded by new development, including luxury condos next door, which are still under construction. Upon arrival, we were bombarded with an air freshener smell, reminiscent of those aroma sticks you often seen in restrooms. 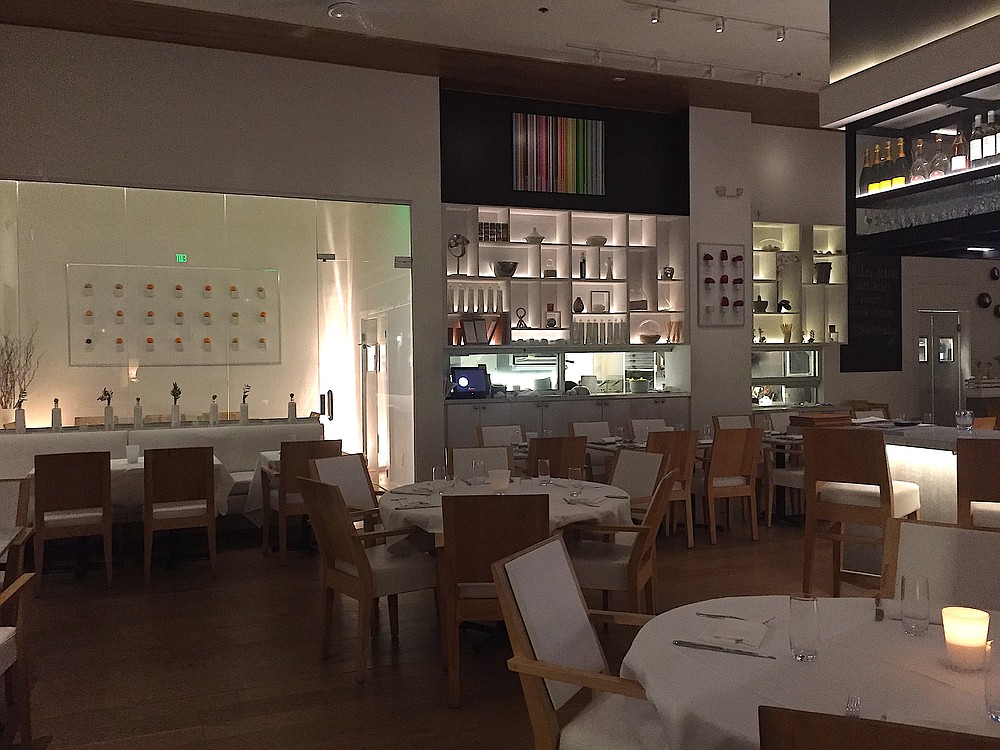 The color scheme was white with blonde wood accents, a Scandinavian, affluent modern style that is pleasing to the eye and cozy enough with warm lighting. After the smell, which we grew accustomed to with the help of fresh air through an open door by our table, the next odd thing was the cocktail selection. For such a modern concept, it was odd to see 1970s classics on the short list scrawled on a chalkboard, such as Pisco Sour and Gin Fizz. 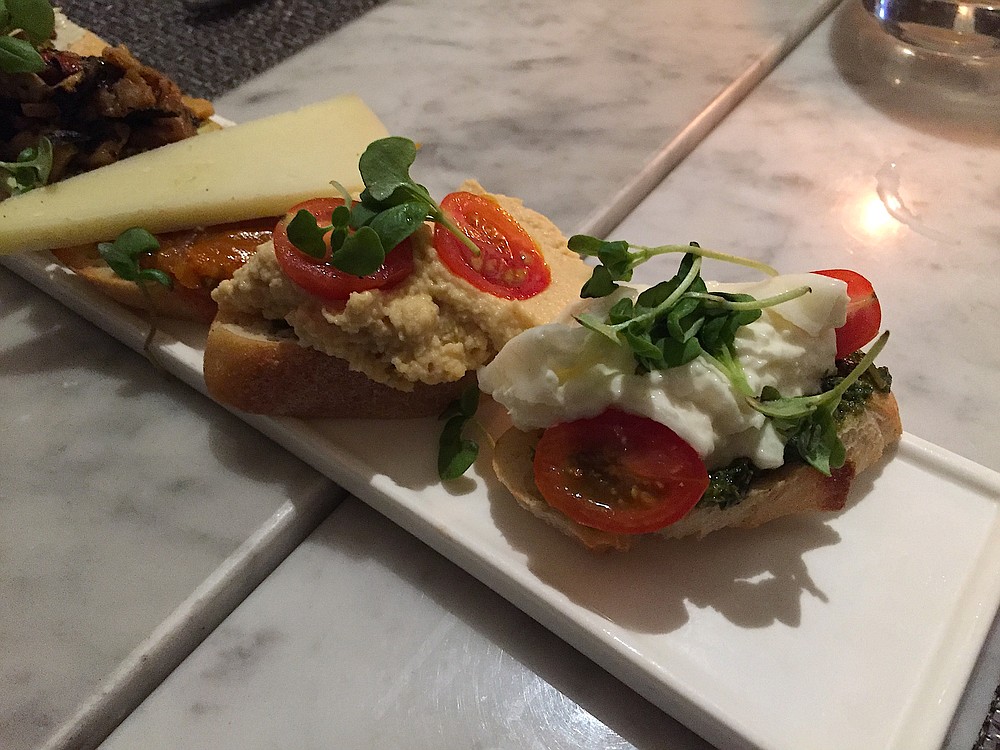 I later learned, after ordering a disappointing mule, that there were more contemporary cocktails on the paper menu, including the Honey Blossom, with gin, honey, St. Germain, Yuzu, and muddled mandarin. It was perplexing that these weren’t front and center. When I looked at the board and selected from that dated list of five options, the server did not think to ask if I'd seen the longer, more interesting list. 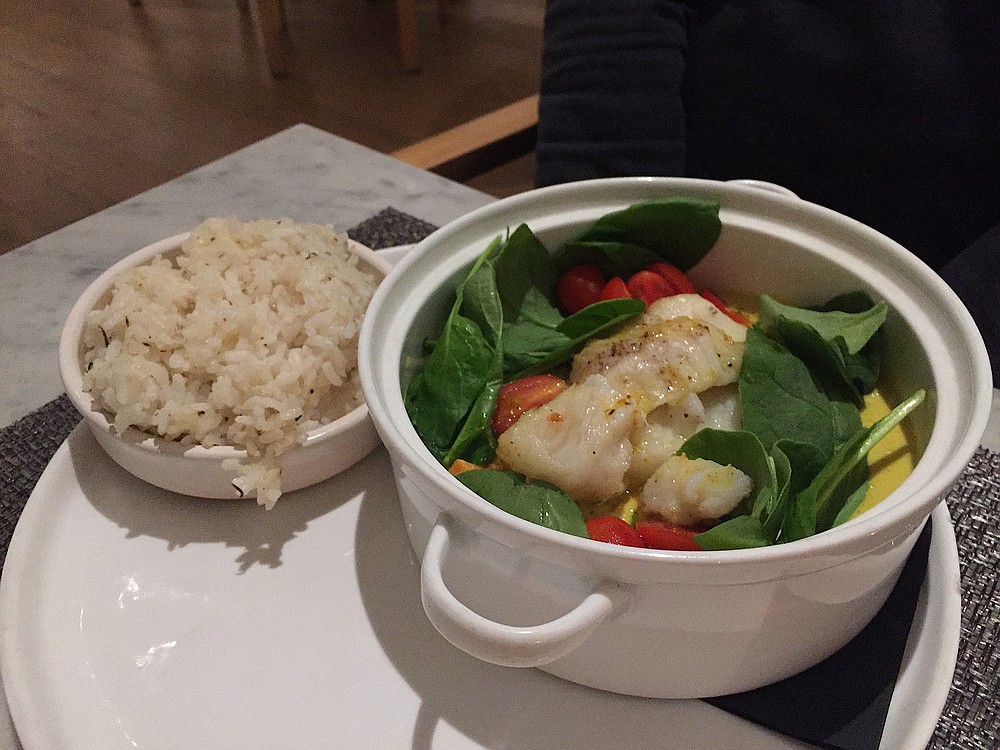 When we asked about the menu, our server suggested the lamb chop. When asked about three other dishes, his answer was either, “I don’t know, I haven’t tasted that,” or a lukewarm, “Other people have ordered that.” I couldn’t help myself: “Don’t they make you taste everything, or at least give you an opportunity to?” His answer was something about how employees are given a food discount.. 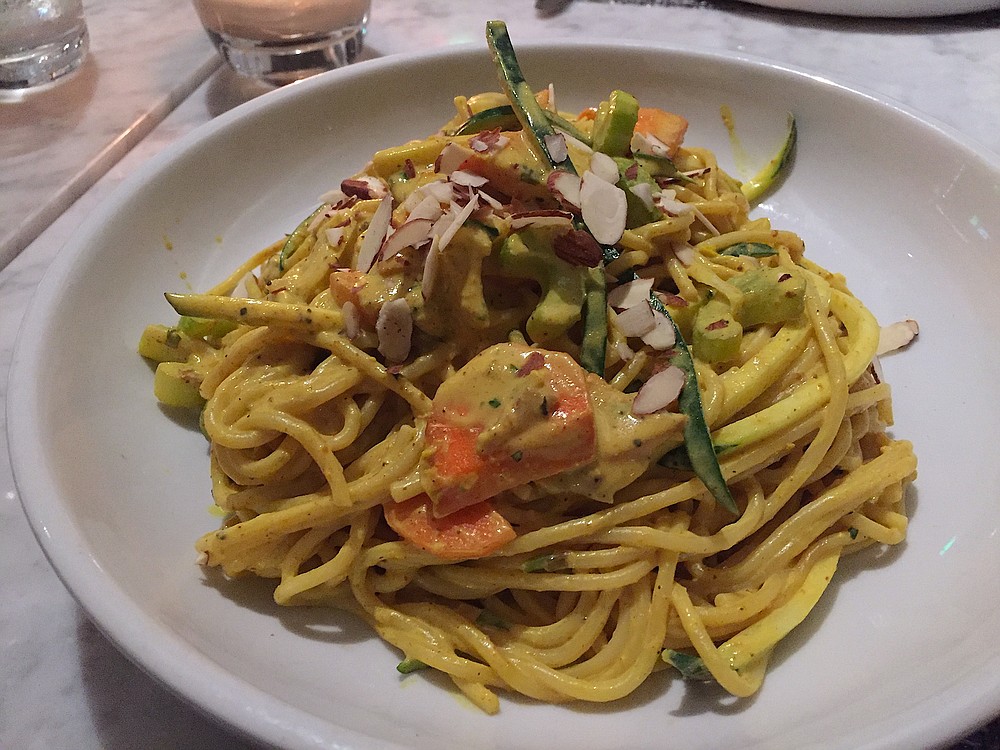 Larry ordered an appetizer; we asked our server to go ahead and fire it up while the rest of us decided what else we might want. Around ten minutes later, our server returned and, after taking our order for one additional app, he asked Larry what it was he had wanted. When we mentioned that Larry's order had already been placed, our server said, “Oh, I waited to get everyone’s order.”

At this point we were happy to be catching up with our friends, and the appetizers that arrived were a hit: Crudotinis, which are slices of fresh baguette covered in toppings of our choosing. Well, almost of our choosing — a few minutes after we put in the order, our server returned to let us know that David’s choice, “foie gras, smoked duck breast, fig chutney,” was unavailable, because, despite the emptiess of the restaurant, they’d “run out of foie gras.”

We encountered another hitch when ordering our entrees. This time, it was Larry who was told (a few minutes after ordering, once the server returned) that the sea bass he’d requested was gone. “We just sold the last one,” our server said, gesturing at the one other occupied table. Larry said that settled it, he’d had his eye on the carbonara anyway, and so he'd get the carbonara. But a few more minutes later, our server returned to inform us that he’d been mistaken, there actually was one bass left. When our entrees arrived, Larry thought he’d been given the wrong dish and had to be reminded he did not, in the end, order the carbonara.

I ordered the Crudo Sesame Pad Thai ($22). It bothered David that this version bore no resemblance to traditional Pad Thai (aside from the coconut milk and a mild curry flavor). This was overcooked spaghetti (rather than the flat rice noodles traditionally used), zucchini, tomato, slices of almond, and chili. The carrots were practically raw, and the flavor was one-dimensional, mostly spice from the chili. I had to add salt to elicit the not very Thai-like curry flavor. Ultimately, most of this dish came home in a box.

Our friend Debra was the happiest with her selection. She’d ordered the Grilled Shrimp Quinoa Taboulé ($16). Larry enjoyed his fish (Coconut Chilean Sea Bass, $38), but said the sauce (which they described as the same as mine, minus the chili and perhaps with more butter) was too rich. David was disappointed in his Branzino A La Plancha ($27). The couscous was cold, the plate missed the asparagus that had been advertised on the menu, and the fish was overcooked.

There must be a story of why the operation is named "Crudo." But even if it has some significance, it is just too close to "crud." And that's what your review seems to be saying it is.

Crudo means 'raw' in Italian, like steak tartare - or carne crudo. Crudo is commonly used as 'hangover' in Latin America. I agree, not a great name for an eatery.