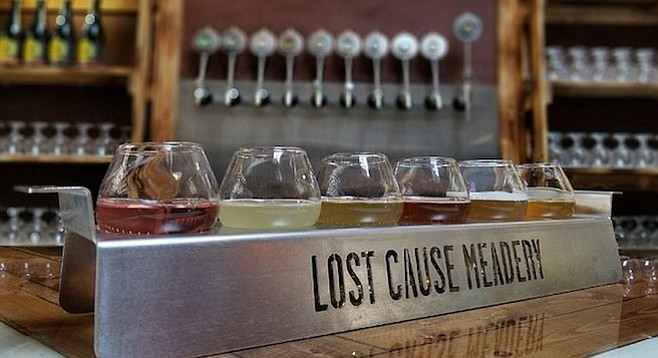 Young couple Billy and Suzanna Beltz left their jobs with the American Council on Exercise to pursue the Lost Cause dream. A ten-year homebrewer, Billy Beltz started moving from beer into mead about four years ago and quickly amassed dozens of awards, including a pair of medals at the 2016 Mazer Cup International, the world's largest mead competition. He's become noted within the mead-making community for developing a process to produce quality mead quickly, without the long aging process usually required to diminish off-flavors from the brewing process.

"Most let it age six months," Beltz says. "We've come up with innovative ways to make it so you don't have to age it." By comparison, Lost Cause meads turn around in about six weeks with staggered nutrient additions — mostly dead yeast hulls — that allows Beltz to control the pace of fermentation at a lower temperature. "You're basically trying to control this slow, steady fermentation all the way through," he says. 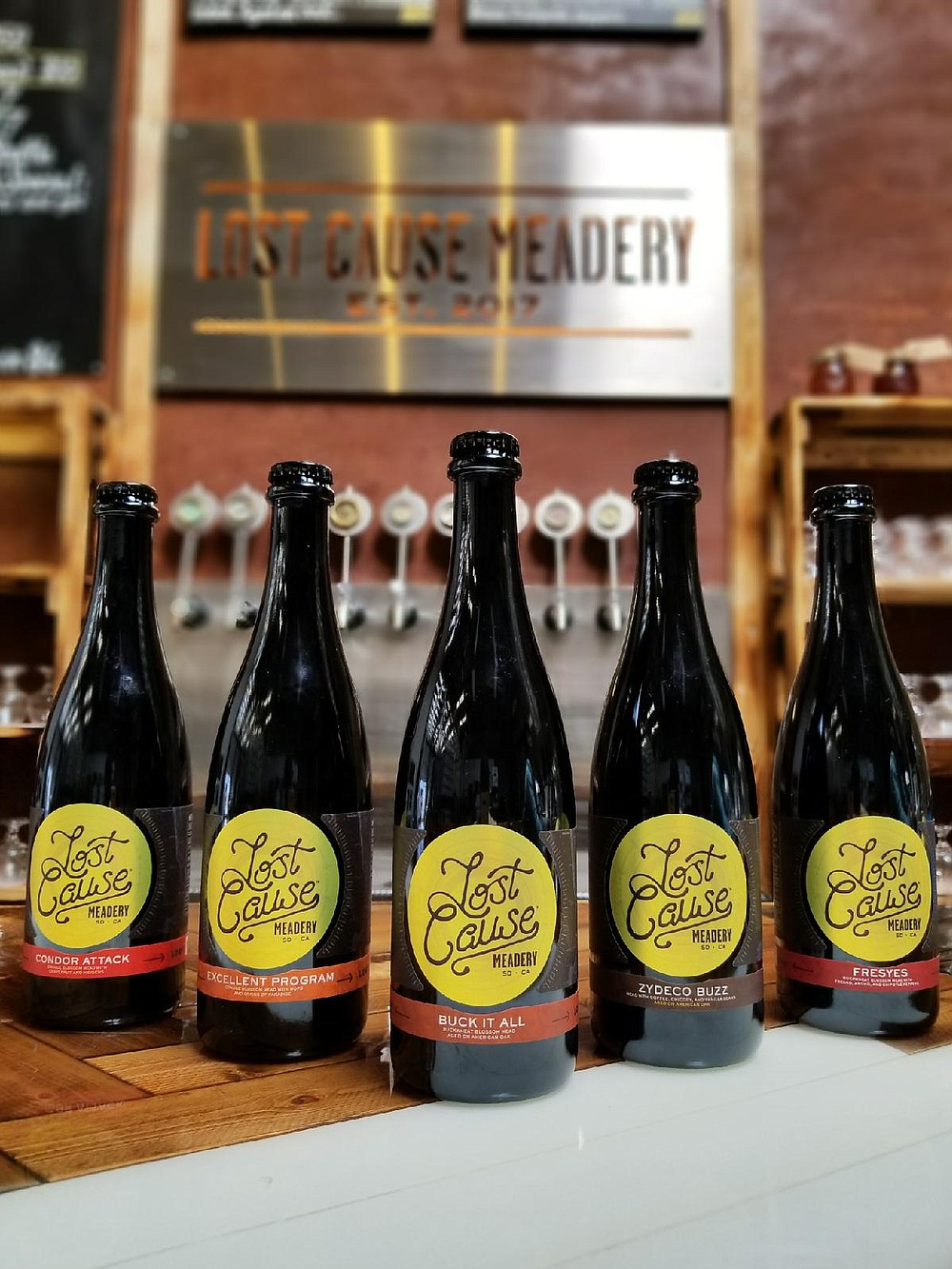 Bottles available from Lost Cause Meadery

Another factor contributing to Beltz's cleaner production is use of ale yeast rather than the more common wine yeast. "With ale yeast, I think you get a little more complexity," Beltz says. “You get more esters and a little more body."

The body of his off-dry meads also benefit from carbonation. While carbonated mead tends to be the norm among the rising population of local mead producers, Beltz points out that's not traditionally the case. "Most mead outside of the West Coast is not," he says. “It's more like a wine."

Beltz acknowledges part of the reason San Diego meads tend to feature bubbles may be the attempt to position the craft beverage as an alternative for beer drinkers. He cites another potential factor: "It's a warmer climate and carbonation usually makes things more refreshing." However, he and Suzanna have their own reasons for adding bubbles. "We think carbonation brings out the best in the mead, brings out some of the aroma."

Of course, it's the generously dry-hopped sixth option that might lure craft-beer fans to the mead counter of this multi-faceted tasting room. The unfiltered mead benefits from the addition of grains of paradise in addition to ekuanot and laurel hops, and looks hazy. "In the mead world, everything's supposed to be brilliantly clear," mentions Beltz, "but with all the cloudy IPAs, we figured we'd mix it up."