See the Del Mar racetrack from the comfort of your home 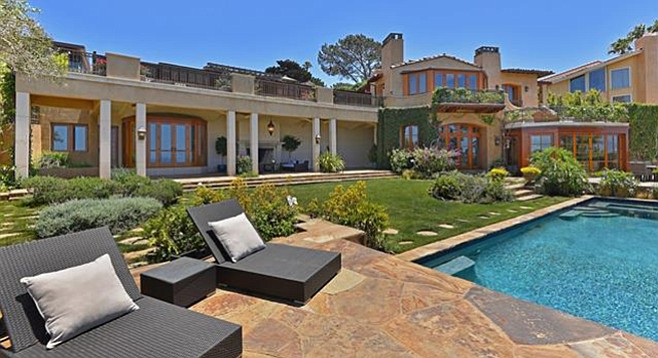 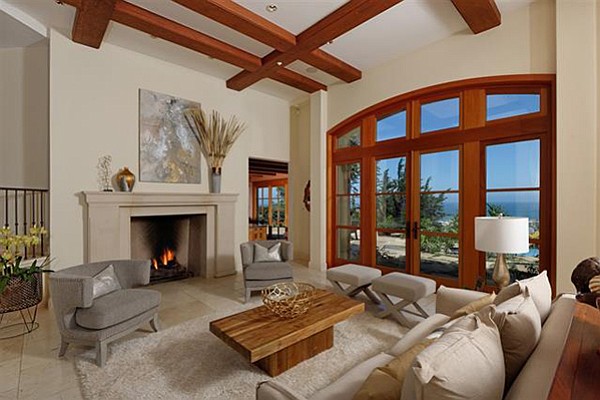 Built in 2004, the gated residence is sited on a one-third-acre lot and was constructed “with a meticulous attention to detail and quality craftsmanship throughout.” Prestige appointments include “imported marble and mahogany wood flooring, and Venetian plaster walls” along with four fireplaces and “a cook’s dream” for a kitchen, “with custom cabinetry in solid Honduran mahogany, Brazilian granite counter tops, stainless steel appliances, a butler’s pantry, and floor-to-ceiling paneled glass doors that open onto a spacious Cameroon flagstone deck.” 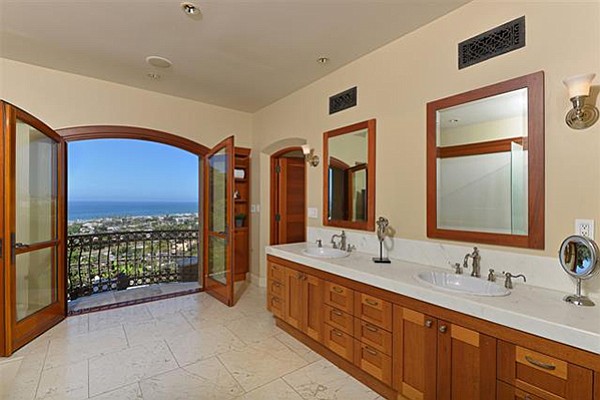 The property has served for years as a rental 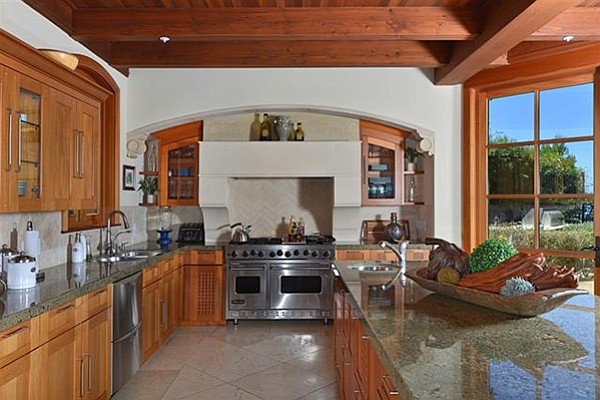 It’s been listed for sale several times since mid-2016

The Balboa estate last sold in 2000 (before the current 5600-square-foot home was built), when it was purchased for $2.2 million by Patricia and Charles Zuker — its current assessed value of just under $4.4 million carries an annual property-tax bill of about $44,000. Mr. Zuker is a New York–based molecular geneticist and neurobiologist at Columbia University. From 1987 to 2009 he conducted research at UC San Diego, where in collaboration with a partner he identified the cells responsible for the five basic taste perceptions in mammals: sweet, sour, bitter, salty, and umami.

Though the Zukers have long since left San Diego, the property has served for years as a rental, fetching a reported $13,500 a month (though attempts were made to list the property on a short-term basis for as much as $40,000 monthly during the summer Del Mar racing season). It’s been listed for sale several times since mid-2016, at one point entering escrow while carrying an asking price of $10.7 million. That deal never materialized, and in late October the home was re-listed with an asking price of $9.8 million that remains unchanged to date.