Natives under your nose

Half-acre of Old Town reclaimed for lemonadeberry and hummingbirds 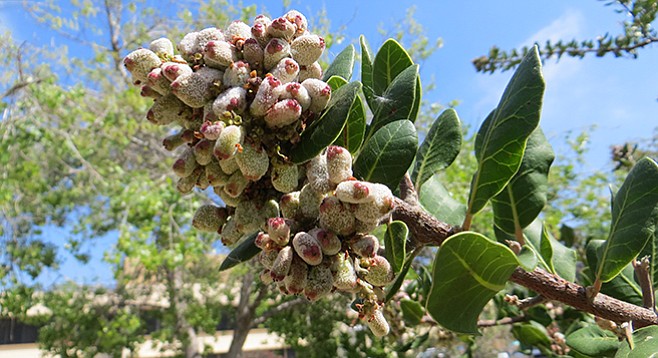 A half-acre of Old Town State Historic Park, located at the junction of Taylor and Congress streets, is a native plant landscape that focuses on coastal native plant restoration. The San Diego Chapter of the California Native Plant Society and the San Diego River Park Foundation started to reclaim this half-acre of vacant land at the west end of the park in 2008. This project, enabled by an estate bequest of plant society member Rita Delapa, has been matched by the San Diego chapter funds over the years.

The entrance is at Congress Street, across from the south end of the Transit Center, just north of the sidewalk. The path is mostly triangular with the one to the left going parallel to Congress Street, which is shaded as it goes toward the McCoy House. As the path turns to the right, it follows a fence until there is a choice of going left to the McCoy House or right back to the entrance. 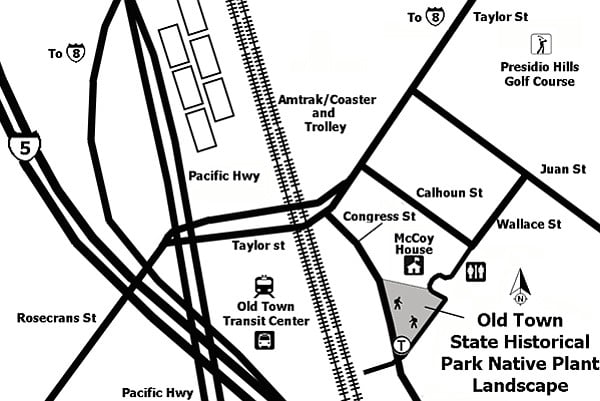 Bring your plant book for coastal habitats to identify species or just enjoy the many plants found here. Lemonadeberry (Rhus integrifolia), common in both coastal and chaparral habitats, is dioecious, with both male and female flowers. However, fertilization must come from separate plants. Bees are the vehicle to transfer male pollen to the female flowers. 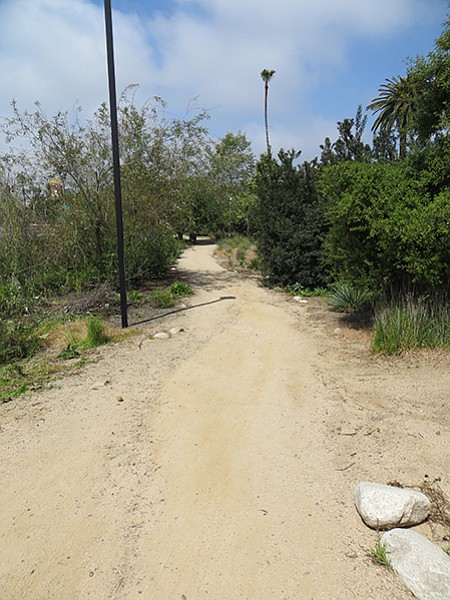 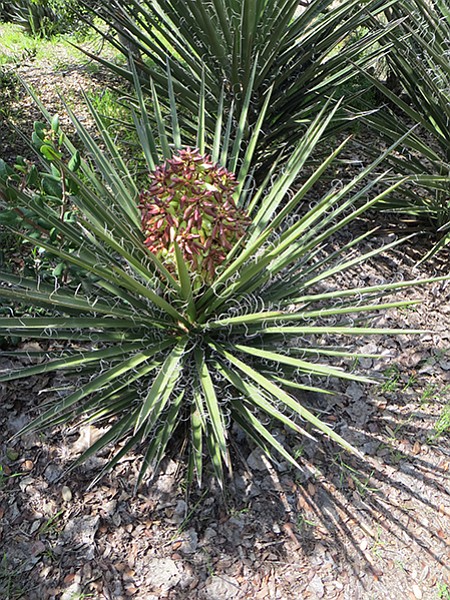 Allen’s hummingbird (Selasphorus sasin) are also stocky, although considered small. They are coppery orange and green with a deep reddish-orange throat. Females and immature birds have copper sides with bronze-green above. Females also have a small reddish-orange throat patch. Allen’s hummingbirds breed on the coast from the southern end of Oregon through California. There are two subspecies: one that migrates to a small area of Mexico, with the other staying in Southern California. Hummingbirds are only found in the New World — North America and South America and nearby islands.

Multiple visits are interesting due to not only the seasonal blooms but also yearly more native plants, scrubs, and trees are added to the initial 250 that were planted here. There is also signage with information of the area along the wide flat dirt path. For more information on this location, see [email protected]

Distance from downtown San Diego: 4 miles (Old Town, San Diego). Allow 10 minutes driving time with additional time needed to find street parking. From I-5N, merge onto I-8E and take the Taylor Street exit. Turn right (west) onto Taylor. Turn left (south) onto Congress Street. At the south end of the Transit Center is a crosswalk over to the Old Town State Historic Park Native Plant Landscape. The start of this walk is just north of the crosswalk. There is no parking here!

Difficulty: Easy, with less than 10 feet of elevation gain/loss.