No one predicted the Spanish Inquisition, or neo-swing in the late 1990s 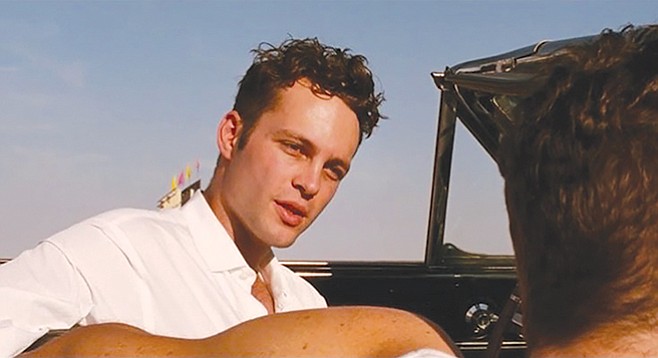 Dear Hipster: A 35-ish man three tables down is talking a great deal to his two table mates. He begins every, and I mean every, sentence with “It’s, like, you know, like....” He repeats the second part of that unfortunate preamble two, three times per sentence. Rather than stuffing my pecan roll into his fat bearded face to shut him up, I decided to write you and ask how much longer those of us who care about language are going to have to endure the “like” scourge. Can I look to hipsters, lovers of lost craft that they are, to make speaking well cool again? Command of the language was once cool. More than cool — powerful. Think of Malcolm X and Martin Luther King, Jr. Read the Lincoln-Douglas debates. Watch Swingers and listen to Vince Vaughn’s wordsmithing. Language well spoken moves people. — W. Graham, Concerned in Lake Murray

Will your preferred brand of eloquence once again find favor with the masses? Because you have invoked Swingers as metaphor, I will frame my answer in terms of the 1990s swing revival.

Much like the Spanish Inquisition, nobody could have expected the popularity of neo-swing in the late 1990s. Cultural phenomena arise and persist for obscure reasons, or for no reason at all, and then vanish just as quickly. “Like” as linguistic filler might well become as rare as a devoted Cherry Poppin’ Daddies fan, and hipsters might seize on rhetoric and oratory as part of the skill set of the culturally relevant individual, but I wouldn’t bet on it, at least, not in the sense of everybody wanting every conversation to come out like a well-composed speech.

And, really, could the whole world speak as well as a character in a movie? I, for one, don’t have a clever Hollywood screenwriter laboring 50 hours per week over the witty quips and spicy bon mots with which I liberally salt and pepper my conversations. I must invent them on the fly and it takes tremendous mental effort. For the most part, human speech is a stuttering and halting affair, rife with pauses, false starts, backtracks, and dead ends. I would bet my hipster dollars (they’re like real dollars but not so materialistic) that even in the era of the Lincoln–Douglas debates, the average citizen umm’ed and err’ed his way through any given conversation just as much as a 21st-century hipster doofus. I have absolutely no proof of this, but I strongly suspect that it is so.

And who’s to say that the average hipster in a coffee shop driving you nuts with speech so informal it verges on the obscene couldn’t shelve the likes, uptalk, and incessant vocal fry long enough to deliver a well-rehearsed soliloquy that would move the staid to action and melt the stoniest hearts? The kind of talent that lets a person captivate an audience by words alone must be an innate gift, one that can be turned on at will, and honed to razor sharpness through practice and dedication. In that respect, I believe that everyday speech is entirely separate from more formal speech. Reliance on the one does not necessarily preclude an ability to invoke the other, should the time and place so demand. Raul Julia made it work in Street Fighter, so surely there will be some epic speeches coming from unexpected places.