O.B. band defunct since 2013 to funk it up twice this month 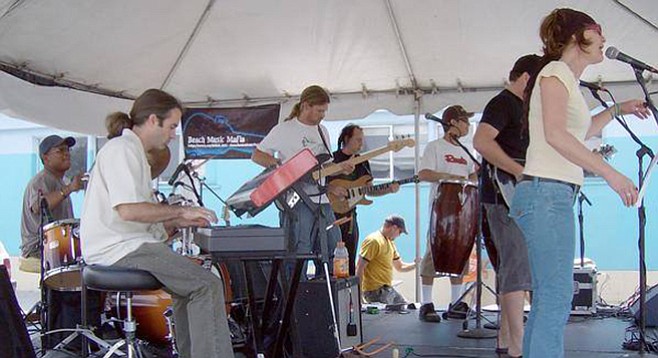 The Chi Club played its first official show at an apartment party in Ocean Beach in 2005. There would be many more gigs and lineup changes before the band called it a day in 2013, when singer/guitarist Roland Gabriel moved to Hawaii. 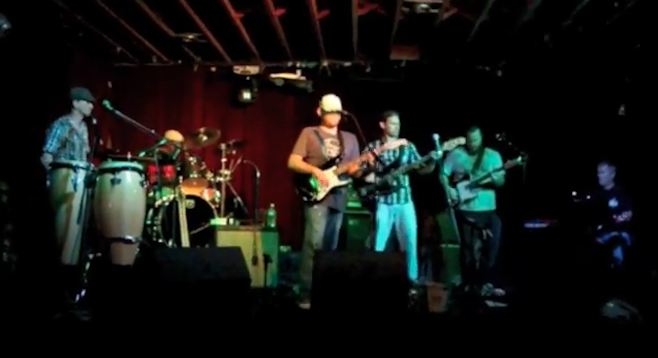 “Five or six years after we started, O.B. was kind of experiencing this era with all kinds of parties,” says Chi Club bassist Rain Samuelson. “It’s not like that anymore at all. You used to be able to hear all these bands practicing and playing parties around O.B., but it’s been a lot more tamed down lately. But, at those times, we played some parties where we would look out into the crowd and it would seem like heads as far as you could see. We played this one backyard party where all the surrounding backyards were full, and people were on the fences and on top of the house. That was a magical time in O.B.”

Chi Club could easily be classified as a jam band, and, like many of their ilk, Samuelson recalls the band’s secret weapon as being the interaction of the players.

“Most everybody in the band agrees that we made music like nobody else did in any other bands. We really took it places we never planned,” Samuelson explains. “The spur-of-the-moment jams we did, sometimes they were, like, as I like to call it, ‘making magic.’ You’re riding the edge and taking a chance. It can go really great or be really terrible.”

Random guests ranging from a local harmonica player to an American Idol finalist (Elise Testone) could be found performing with the group on any given evening. According to Samuelson, the policy was, “We would pretty much always say yes as long as they looked like they could really play — as long as they weren’t the drunk guy going, ‘Let me see your guitar!’”

The Chi Club will have two opportunities to ride the edge at the end of this month, when Gabriel and drummer Serge McCoy travel to San Diego to play two reunion shows with the band.