Granger Hall's dying for an encore in National City 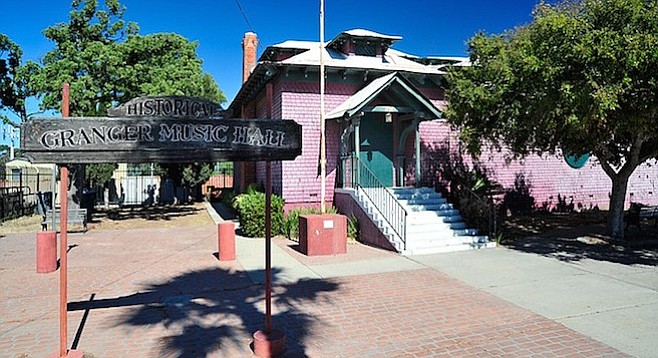 On October 31, Save Our Heritage Organisation released their annual list of the most endangered historic sites in San Diego. Granger Music Hall was one of three new sites added to the top-ten list this year. The other seven, including Balboa Park, remained on the list from last year. 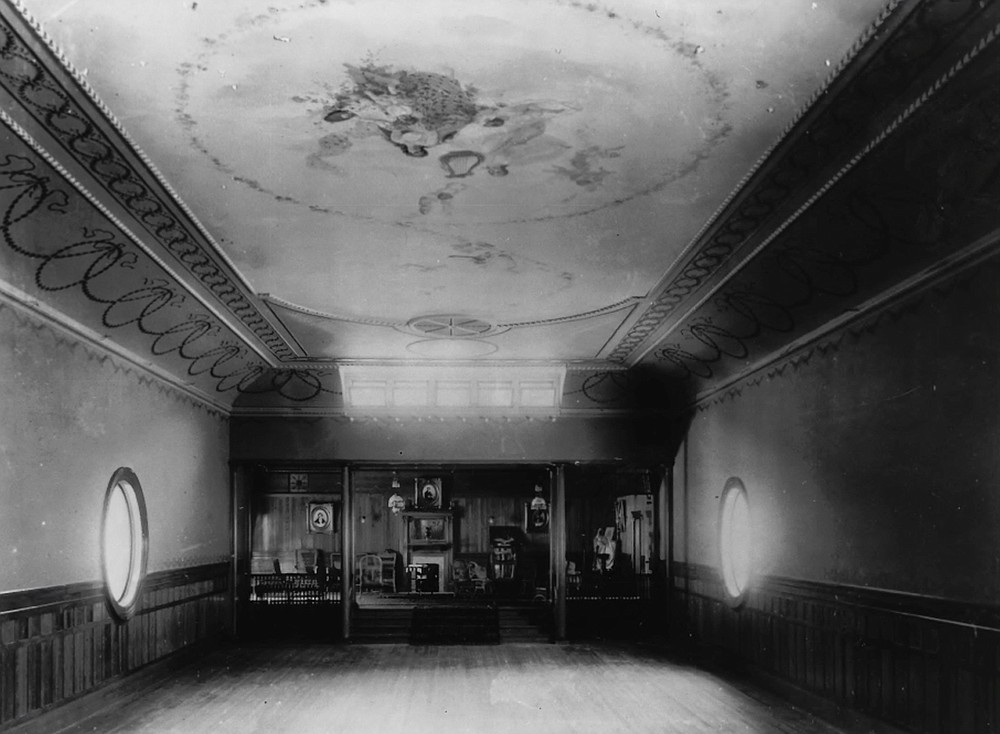 The music hall, touted as being acoustically perfect, landed on the list due to long-term neglect and severe deferred maintenance.

Janice Martinelli of the National City Historical Society said it's been more than eight years since her group handed over Granger Music Hall to the city. "[The city] agreed to move the music hall across the street from the marine train depot within three years. We're very upset that they haven't done it yet." 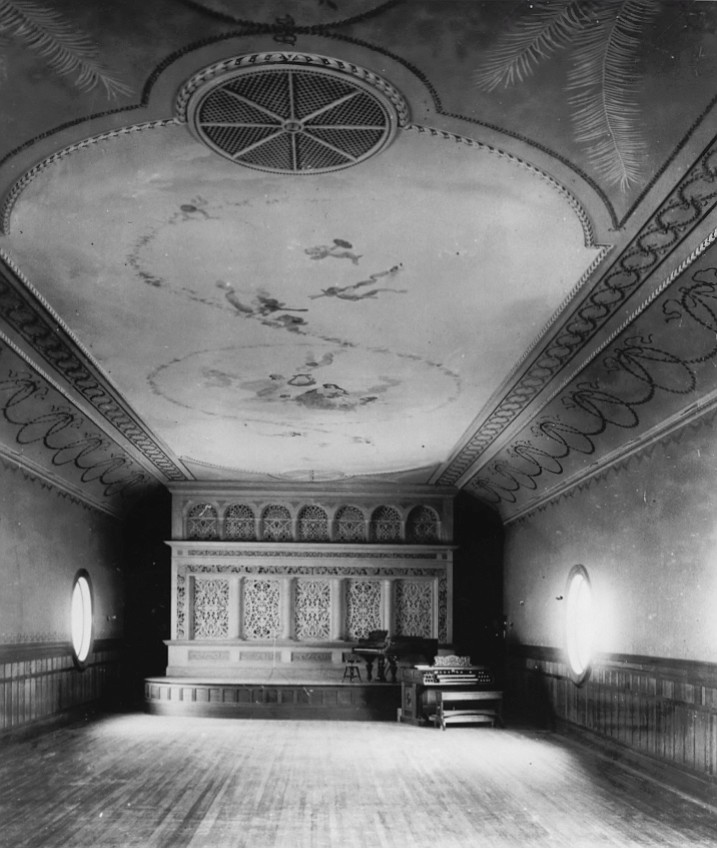 Martinelli said Granger Hall was in good condition and being used for events when they turned it over to the city. She said it's been ruined by the weather and lack of maintenance.

Marla Green grew up in National City and had her first wedding reception in Granger Hall in 1983.

"The former historical society members from the 1970s and 1980s were extremely instrumental in obtaining, raising, and holding fundraisers [for] Granger Music Hall's upkeep. The members today constantly pass the buck off onto the city."

Green said when the music hall was moved to its current location in 1969, the historical society and the city council worked together to move mountains. "The current members of both only bicker at each other. The historical society blames the city, the city blames the Port [of San Diego], and the Port stays obsolete [sic] in the whole matter. In the meantime, Granger Hall falls to ruins."

Green is concerned the ceiling mural will be destroyed if the roof isn't properly protected. "All of Bill Steinbach's painstaking restoration from 1976 may be rotting away, and no one of authority seems to care." 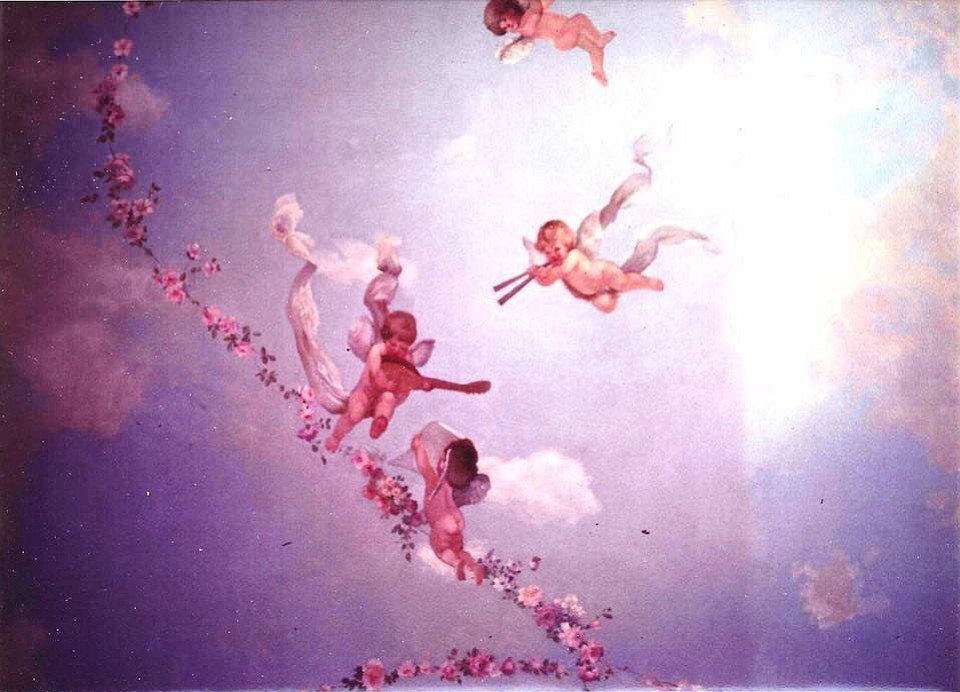 Green is concerned the ceiling mural will be destroyed if the roof isn't properly protected.

The Star-News reported on Steinbach's 1976 restoration. It said he removed grime, smoke, and chemicals used to extinguish a vandal's fire from the ceiling mural. The mural shows Euterpe, the muse of music, with 15 winged cherubs playing different musical instruments. A raffle for a trip to Acapulco and a half-side of beef raised the $7000 needed for that restoration. The original mural on canvas, commissioned in 1898, cost $100,000. 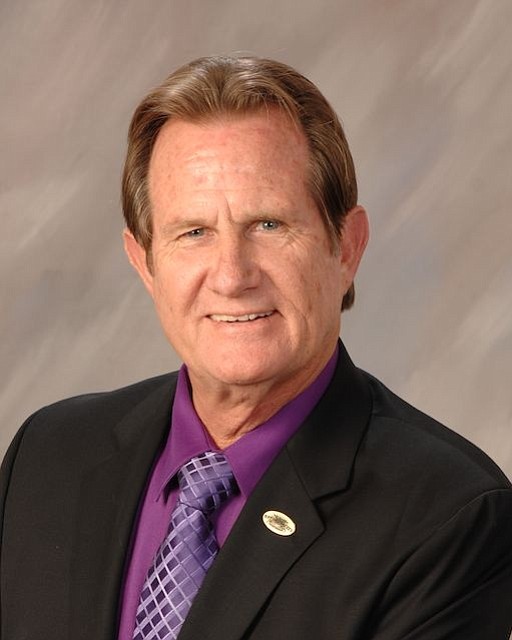 Ron Morrison, mayor of National City, said the historical society approached the city in 2008 because they no longer were able to keep up with the maintenance of the hall.

According to Morrison, the music hall is in the same basic structural condition as when the historical society handed it over. The city shut down the music hall in 2009 because extensive repairs were needed. The city's stance is to protect the music hall and restore it after it's been moved. Morrison said estimates have been given of more than $500,000 to rehabilitate the hall in its current location.

The city recently spent $30,000 on new custom tarps for the roof and other preservative measures, per Morrison.

Before moving to its current location in 1969, there was talk of either demolishing the hall or moving it to Mexico.

While the next move is assured to be local, Morrison said it's taken a long time to hash it out with the Port. Morrison said the environmental process is underway and a joint environmental impact report with the Port will be released in early 2018 for public review. It appears to involve several projects at the marina, including hotels. I asked Morrison where the music hall ranks among the other projects. "We haven't ranked them, but this is a priority for us. Its timing will depend on funding sources."

Granger Hall is one of four nationally registered historic sites in National City (Granger Hall was designated in 1975). 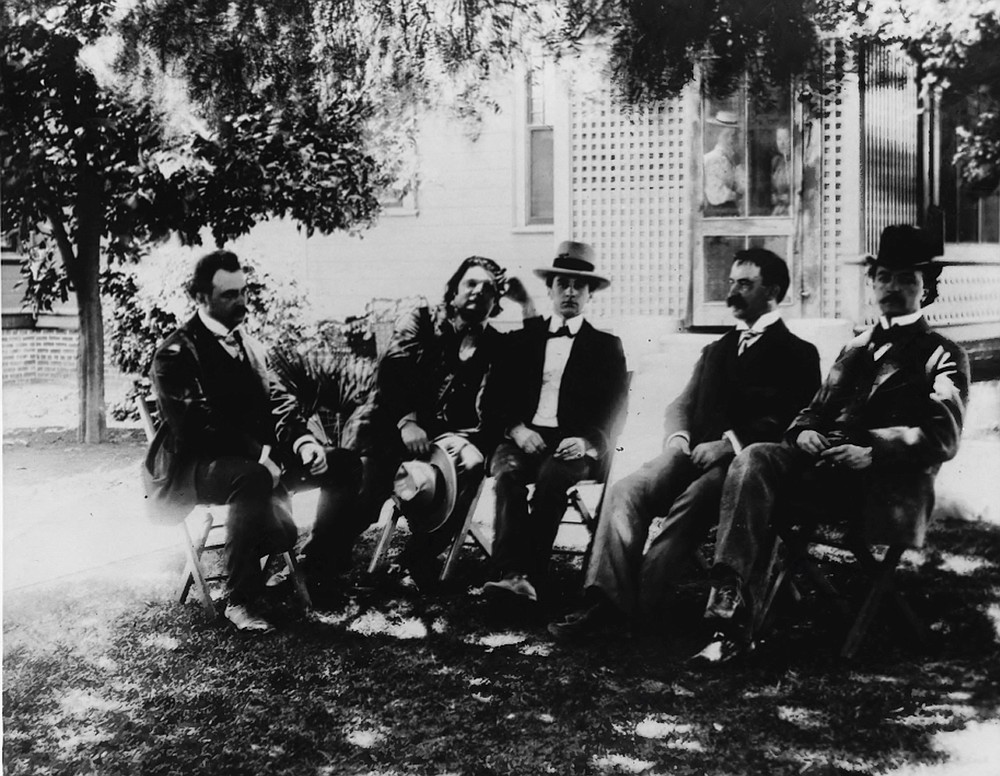 According to a 1975 National Park Service document, a silver baron by the name of Ralph Granger commissioned the music hall in 1896 to house his large collection of violins and to invite world-famous musicians to perform. The auditorium was added in 1898.

The music hall has been touted as a marvel of architectural engineering for its acoustical quality. No two walls are exactly parallel, allowing sound to travel without distortion. No microphones are needed and it's said to be soundproof.

James Guthrie, founder of the Irving J. Gill Foundation, said Gill moved to San Diego four years before getting the commission to design Granger's music hall. He was in his 20s. "That people still admire the acoustic quality of the music hall, that would have pleased him.” 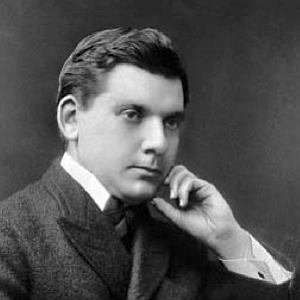 Guthrie wishes the roof would be repaired now instead of just covering it with tarps. "The more rain that gets inside, the more expensive it will be to repair."

After Granger's adjacent house burned down circa 1906, the music hall shut down. Granger died in 1937 and the hall didn't open back up until 1954. 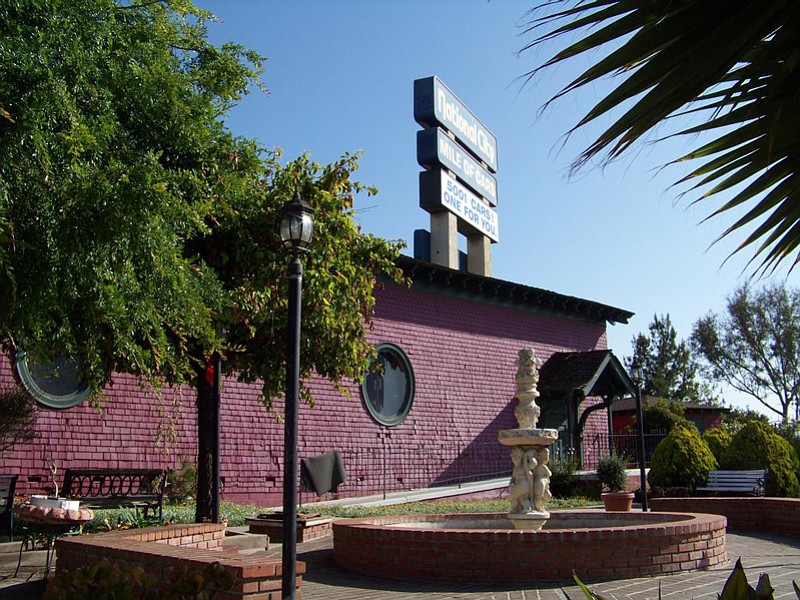 Granger Hall is one of four nationally registered historic sites in National City.

photo courtesy of Save Our Heritage Organisation

In 1969, the music hall moved from its original location next to Granger's home on Eighth Street to make room for an apartment development. Its current location is 1615 East Fourth Street.

The San Diego Union reported in 1976 that while the music hall had been used for weddings and other events, it hadn't been used for its original purpose — recitals and classical music concerts — since Granger locked its doors in 1906. In 1976, after the restoration, recitals resumed. 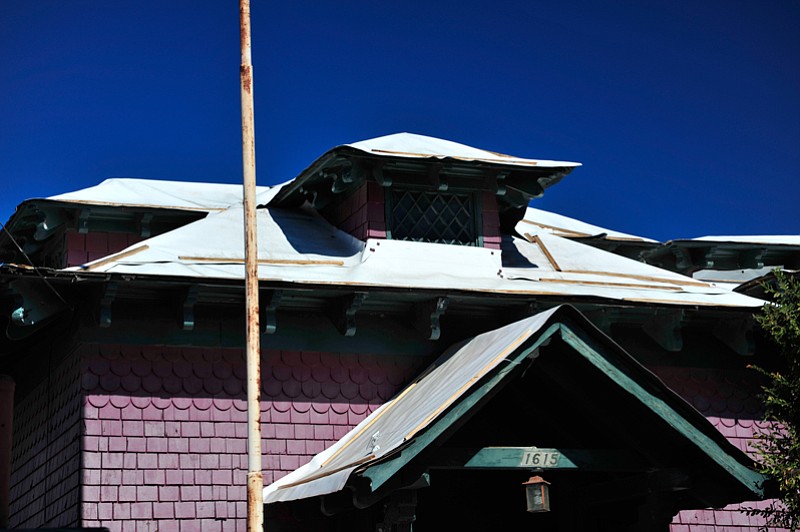 The city spent $30,000 on custom tarps for the roof and other preservation measures.

photo courtesy of Save Our Heritage Organisation

When mentioning the upcoming 1976 recitals, the paper said while the acoustics were reported to be excellent, if they weren't the audience could always just look up at the ceiling mural. Everyone I spoke with said the acoustics held up until its closure in 2009.

Alana Coons from Save Our Heritage Organisation said the music hall should be repaired and maintained until it's moved to a more suitable location near Pepper Park in the Port District. "The wood, windows, and roof [should be fixed] while they wait for a move and then after its move, a full restoration."

Coons said another location they would support would be a move to the historic Stein Family Farm in National City.