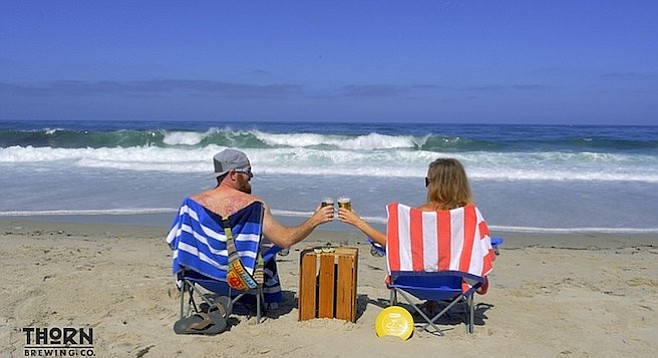 Fans of Major League Baseball may have noticed a different kind of beer commercial airing during game seven of the World Series: one advertising an IPA.

Ballast Point — which was purchased by Constellation Brands two years ago — produced two 15-second spots promoting Sculpin IPA and ran them nationally on the Fox TV broadcast, reportedly watched by 28 to 32 million viewers; Adweek reported the average advertising rate to be $635,000 for 30 seconds.

The ads are notable not just for being the first to nationally promote a San Diego beer brand but for being among the first to promote the hoppy India pale ale style. According to a search on television advertising analytics site iSpot.tv, Chicago's Goose Island — purchased by AB InBev in 2011 — ran ads for its Goose Island IPA earlier this year. 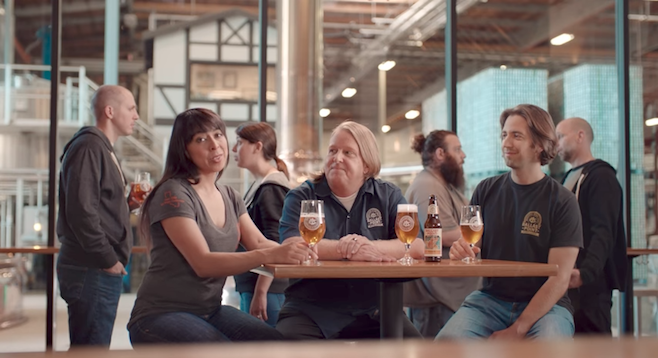 The humorous ads feature Ballast Point's longest tenured brewer, Colby Chandler, who had a hand in the creation of Sculpin. Each spot highlights the 97 out of 100 rating the beer received on user-driven beer-review website BeerAdvocate.com, using the tagline, “Not perfect, but close.

A spokesman for Ballast Point said of the game-seven ad buy, "We wanted to capitalize on the excitement and national exposure to introduce Ballast Point to a broader audience…. We are always looking for ways to reach more consumers with our story."

While these San Diego beer ads were the first to air during a national sporting event, they were not the only commercials to advertise San Diego craft beer recently. Thorn Brewing Co., the North Park company that opened a production brewery in Barrio Logan this year, produced a series of commercials for its social media channels. 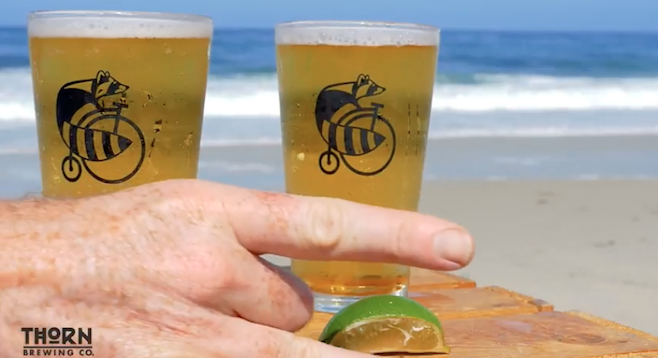 Thorn cofounder Dennis O'Connor says the series of videos was part of a strategy to optimize the algorithms used by Facebook to determine how sponsored content is shared across its user networks, which lately show a preference to trending video content. Thorn successfully used the strategy to target potential customers in new distribution regions, including the Inland Empire.

Though not as sexy as a World Series commercial, the lower cost strategy has proven effective in its own right. O'Connor says the series of video spots were streamed every two weeks this summer. "Over the couple of months," he claims, "we reached over a million people and spent, like, 3500 bucks." 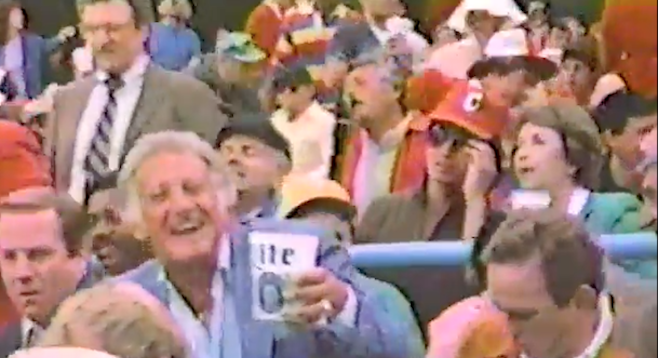 O'Connor stars in most of the Thorn commercials, which spoof several of the best-known national beer ads of the past four decades, including Corona's award-winning “Find Your Beach” campaign and the famous Miller Lite ads from the 1980s starring baseball-player-turned-comedian Bob Ueker as a clueless sports fan.

Keliinoi and O'Connor both say they liked the idea of playfully mocking the rivalry between independent craft breweries and big beer, which has successfully used TV ads to dominate the beer business almost since the medium's inception.

"That's kind of all big beer has is clever ad campaigns," says Keliinoi, “so we thought it would be fun if we could turn that idea against big beer…make it a craft-beer thing."