Built in '56, hotel became residence for low-income people — now what? 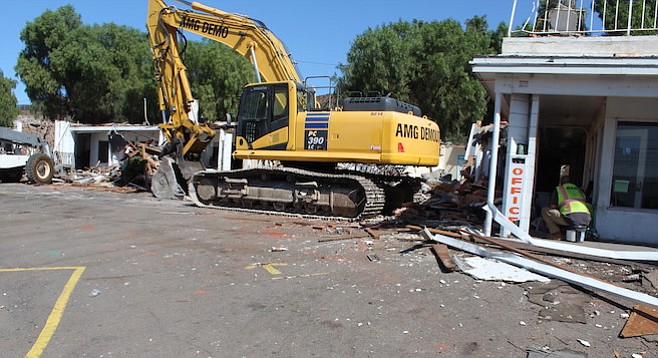 A demolition crew razed the historic Gateway Inn last week. The property, located at 701 East San Ysidro Boulevard, one block from the U.S.-Mexico border, had been a single-room occupancy motel that provided shelter for low-income families, including about 20 children. 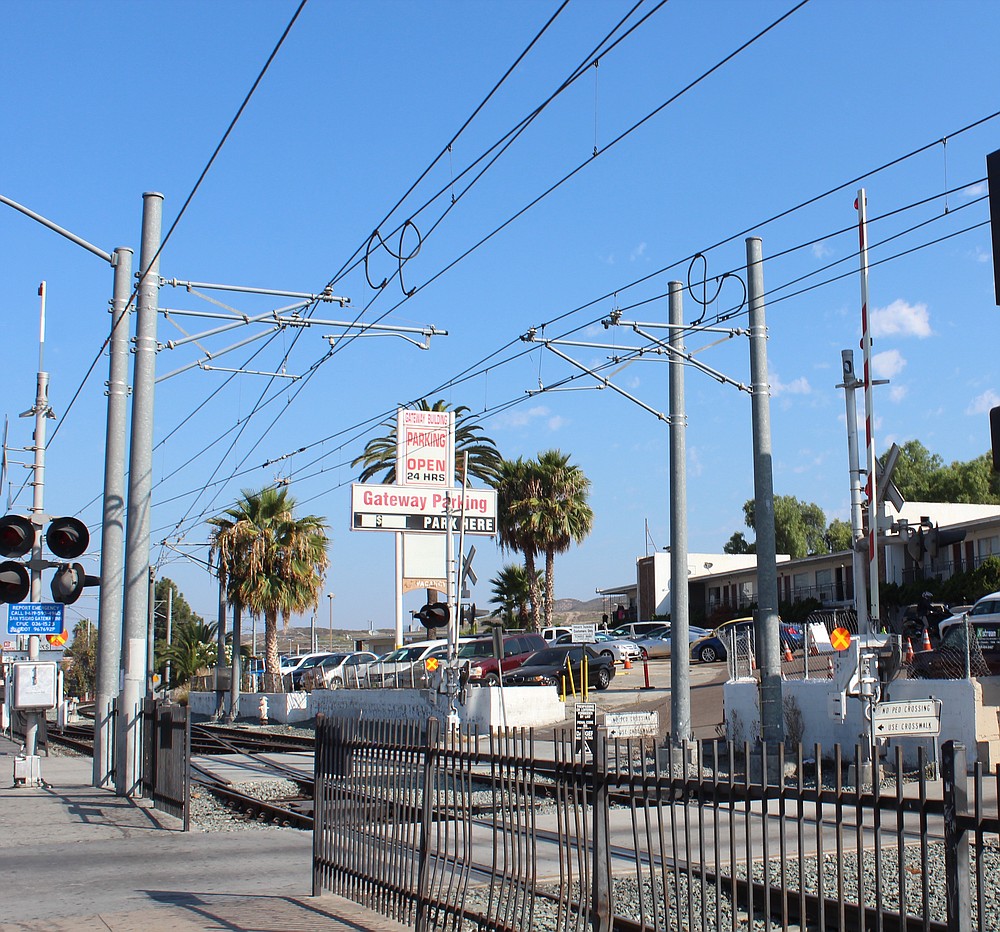 Constructed in 1956, the hotel sprang up during San Ysidro Boulevard’s heyday when border traffic swelled. Tourists often stayed overnight in the border town and then by day would enjoy Tijuana’s famed racetracks and cantinas. Architects designed about a dozen motels in San Ysidro, which accommodated the budding automobile culture and featured detached units arranged around a courtyard. With the advent of the freeways, the popularity of the motels waned. When Interstate 805 opened in 1972, tourists crossed into Mexico by freeway instead of through San Ysidro Boulevard. At some point, the Gateway Inn became a single-room occupancy residence and its swimming pool was filled to create more parking spaces.

Trouble for the Gateway Inn began in February 2015 when the San Diego city attorney’s office filed criminal misdemeanor charges against the SRO, citing five violations, including failure to keep the property free of waste. The owner faced $5000 in fines. Nineteen months later — in August 2016 — all occupants residing at the Gateway Inn received 60-day termination notices.

Some residents didn’t want to leave, although they described living in squalor. Rachel, a mother of nine children whose husband had been deported, wanted to remain at the Gateway Inn so she could be close to the border. She lived with her children in one room with no kitchen, using a skillet and microwave to cook. She described broken windows that managers never fixed, walls full of mildew, and cement trapped in the pipes of the bathroom sink.

Jesusa, a school-bus driver, lived at the Gateway Inn for almost three years after her husband was deported. She described a bathtub whose pipes emptied onto the dirt behind the building. She also maintained that she paid $600 per month for a room and an additional $250 per month to park her car at the motel.

Documents showed that the owner submitted a demolition permit for the building. However, those plans hit a snag when San Diego city staff recommended the building be designated as a historic resource. A report stated that the Gateway Inn “…is one of a finite and limited number of identified motels remaining which reflect the international trade and auto-related cross-border tourism of San Ysidro’s early development history.”

The Historical Resources Board disagreed. By a slim 4-3, the board voted to allow the motel’s demolition. Then, the San Ysidro Community Planning Group at their June 2017 meeting approved a paid parking facility on the property with spaces for 182 cars — despite the fact that four paid parking lots already exist within a one-block area of the Gateway Inn.

The demolition marks yet another loss of SRO housing for San Diegans. In 2012 the San Diego Housing Commission published an Affordable Housing Resource Guide in which it listed 123 SROs throughout San Diego. An updated but unofficial inventory list for February 2016 provided by housing commission vice president of communications Scott Marshall showed that during the four-year period 20 SROs had disappeared, leaving 103 remaining. But the recent October 11, 2017, report published by SDHC cited only 38 SROs in the City of San Diego.

Another recent housing commission report explained why it matters, especially for this border town of about 29,000 where approximately 30 percent of students in the San Ysidro School District are classified as homeless.

“Given the prominence of SROs as an option for lower income San Diegans, the shortage of these units has been cited as one of the key factors behind the recent increase in homelessness in San Diego…. The wait list for Section 8 Housing Choice Voucher rental assistance for low-income families has grown steadily over the past eight years, doubling in size from 2009 to present — currently 80,000 households.”

If you want to avoid going into the worst parts of Tijuana but want to experience what the slums are like just go to San Ysidro or as it is know San Y Skid Row.

"Some residents didn’t want to leave, although they described living in squalor. Rachel, a mother of nine children whose husband had been deported..."

Why on earth do people who have no means have 9 children?

So they can collect welfare. Aid to dependent children X 9

When some spot of squalor like this one is finally eliminated, there's always the sob story of the residents who are displaced. That's a consideration for sure, but do we want to leave all of those ancient hotels, motels and shacks in place? Do that and soon all of San Diego and the So County cities will look just like TJ (or worse.) Is that what we want in the USA? As I read of Rachel, I wonder why she doesn't move south of the border to be with her hubby. No, Alex, I know why. It's all about the money, and as tough as it is to get by on welfare here, going there with no assistance would be far worse. Ain't illegal immigration great?