Fall back into the Gaslamp, go on the Color Run, judge vegan tacos

Top events for the start of November 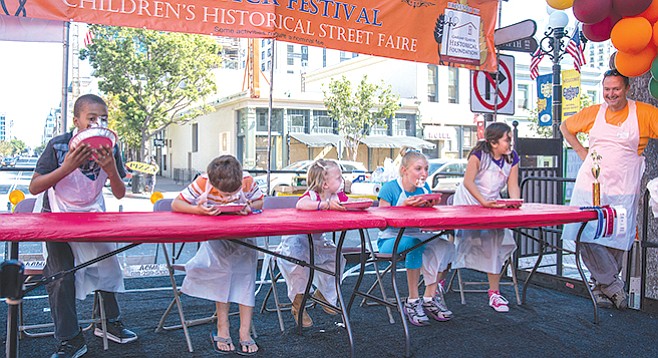 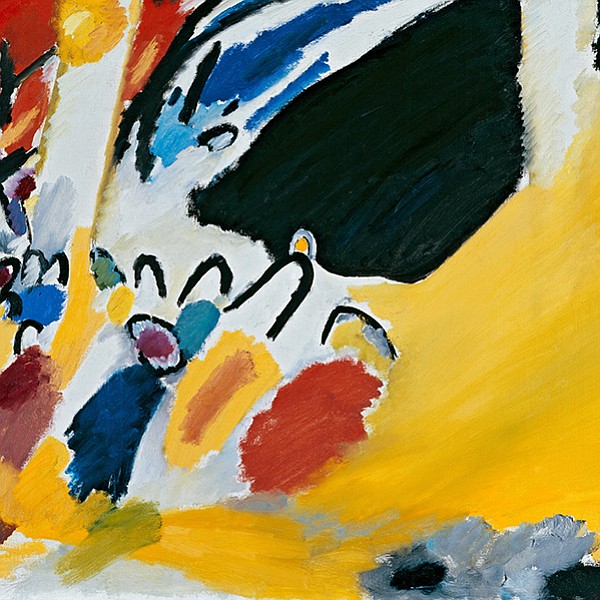 A lecture on early 20th-century Parisian, German, and American art

This series of three lectures offers a look at controversial art and music in the 20th Century, “the intersecting lives and artistic ideologies of artists and composers, posing the idea that the connections between modern art and music are essential to understanding both.” Charissa Noble combines a background as an opera singer, composer, and music theorist with studies in 20th-century American art. On November 2 she will discuss “Magic, Mysticism, and Machines: the different faces of modernism in early 20th-century Parisian, German, and American art and music.” On November 9 the topic is “Post-War Avant-Garde Cliques, 1945–1960.” On November 16: “Conceptualism, Minimalism, & Simplicity, 1960–1980.” 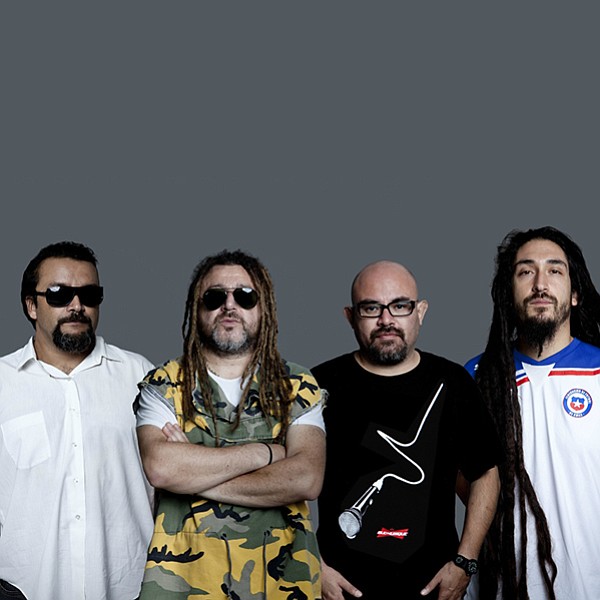 Reggae-rockers Gondwana came out of La Pincoya in Santiago, Chile, 30 years ago, and it took a little over a decade for them to release their debut self-titled album. With an average of three of four years between each subsequent release, they’re still touring in support of their seventh studio full-length, 2014’s Reggae & Roll, whose various videos have pushed the band’s YouTube stats to over 40 million views. The bill includes local Latin reggae, funk, and cumbia band SM Familia and Arizona-based reggae group Fayuca. 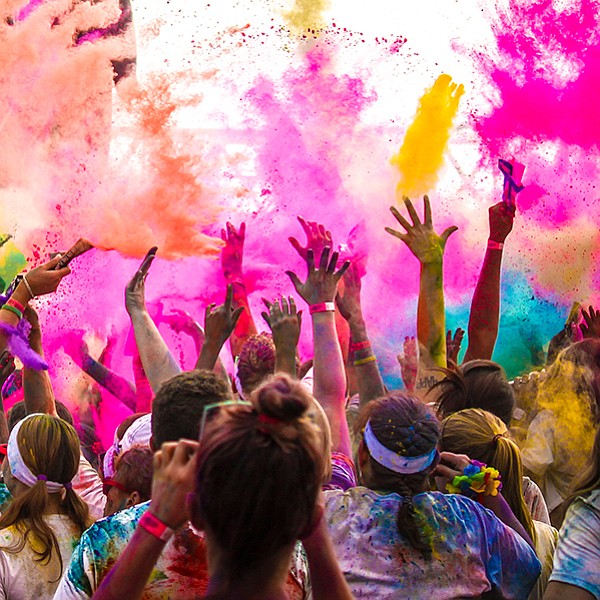 Enjoy the festival and party with the Runicorn

The Color Run Dream Tour “creates a world where anything is possible, unicorns are real, and foam clouds make everything better,” helping participants achieve their fitness goals by providing a fun, unintimidating running environment. Now with music across the whole course, radiant new colors, and the Dream Wall — a new addition to the course where runners spray paint their dreams on the wall to be seen by all. After crossing the finish line, runners can enjoy a festival and party with the Runicorn, dance, and join in massive color-throws every couple of minutes. The San Diego run benefits Break the Silence Against Domestic Violence. The tour will be making stops all around the globe and will visit more than 27 countries in 2017. Team of four $45; individual runner $50 (so get a group together!). 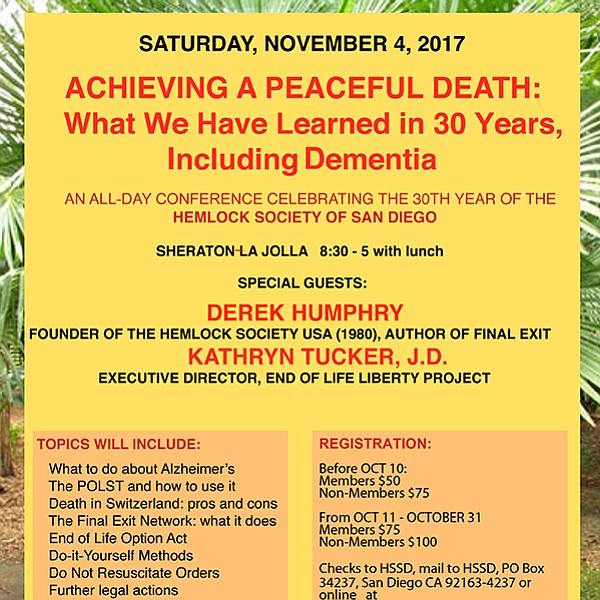 The Hemlock Society of San Diego hosts this all-day conference titled “Achieving a Peaceful Death: What We Have Learned in 30 Years.” Speakers include Derek Humphry, founder of the Hemlock Society USA and author of Final Exit and Rob Jonquière, M.D., executive director at World Federation of Right to Die Societies. 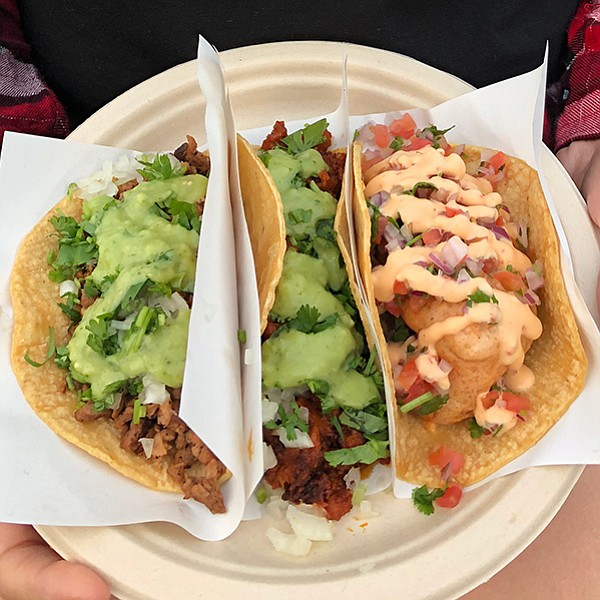 A celebration of San Diego’s taco, veganized. “We’re bringing in some of San Diego’s best talent to go head-to-head in a hand-held salsa-drizzled event where the animals are the winner.” Vegan in San Diego is taking over the [email protected] (a nonprofit community gathering space by the City Heights Economic Development Collaborative) for an evening of competition with you as the judge. A $20 ticket gets you a voting ballot and one taco from the six competing vendors. General admission is $5 for all of the many taco participants. Judges: Jordan Russo (Farm Animal Refuge), Kevin Cantrell (The Capybara Experiment), Beto Perez (Energy 103.7), and hopefully you! DJs will be spinning tunes throughout the night: Dash Eye, DJ Thirdrail, Mike Czech, and Unite. 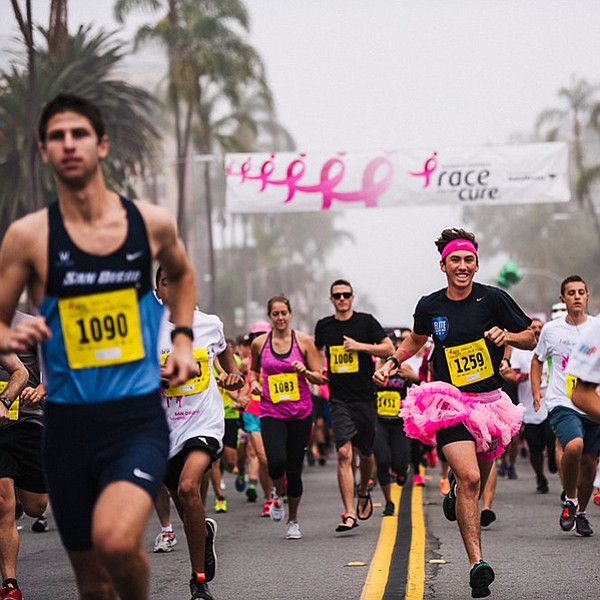 The 21st annual Race for the Cure bills itself as “the county’s largest 5K and 1 mile walk/run…save lives by investing in breakthrough research to prevent and cure breast cancer.” 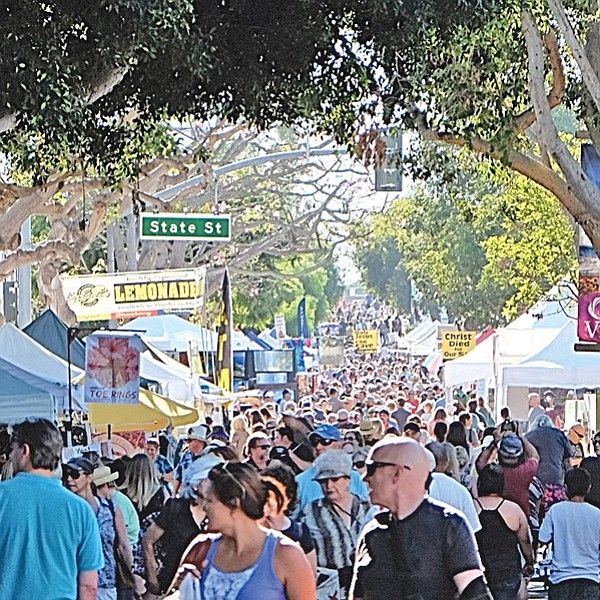 Fourteen blocks with over 900 vendors in Carlsbad

Now in its 41st year, the Carlsbad Village Faire stretches 14 blocks with 900 vendors offering handcrafted arts and gifts, antiques, jewelry, unique clothing, and home decor. The international food court will once again feature more than 50 booths serving everything from Thai to Hawaiian. The children’s area will entertain youngsters with games, a super slide, a bounce house, a rock-climbing wall, and face-painting. Grand Avenue — from Carlsbad Boulevard to Jefferson Street and all of the cross streets in between — will be closed for the event. Free shuttles run from the Poinsettia Coaster Station and the northwest corner of Sears at Westfield Carlsbad. 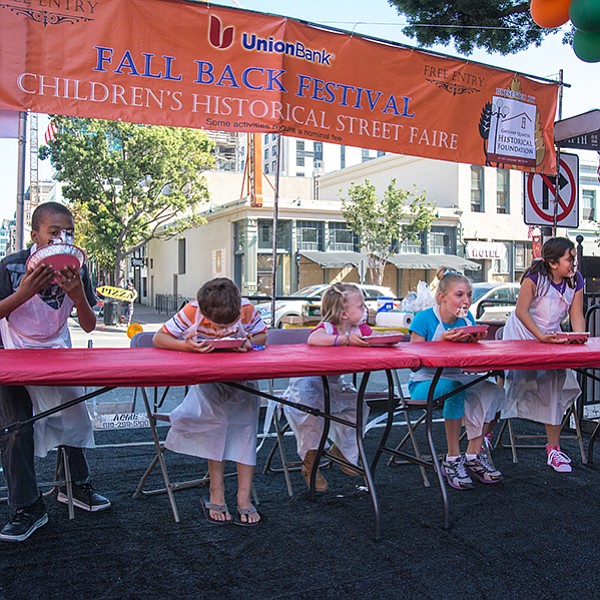 Three blocks of the Gaslamp Quarter transformed into a Western town

The Gaslamp Quarter Historical Foundation invites everyone to “fall back in time” to the 1880s with three blocks of the Gaslamp Quarter transformed into a Western town with traditional Western storefronts, ladies and gentlemen in Victorian garb, and activities galore. Kids can pan for gold with prospectors, watch a blacksmith in action, saddle-up for a pony ride, see live performances onstage, and take part in contests. Take a time-period portrait with traditional Wild West attire and props or visit one of the historical booths to do crafts with different museums and cultural organizations of San Diego. Entrance to Fall Back Festival is a free, but some activities require a minimal charge. Fall Back helps to advance the GQHF mission of “preserving the history, culture, and architecture of the Gaslamp Quarter.” 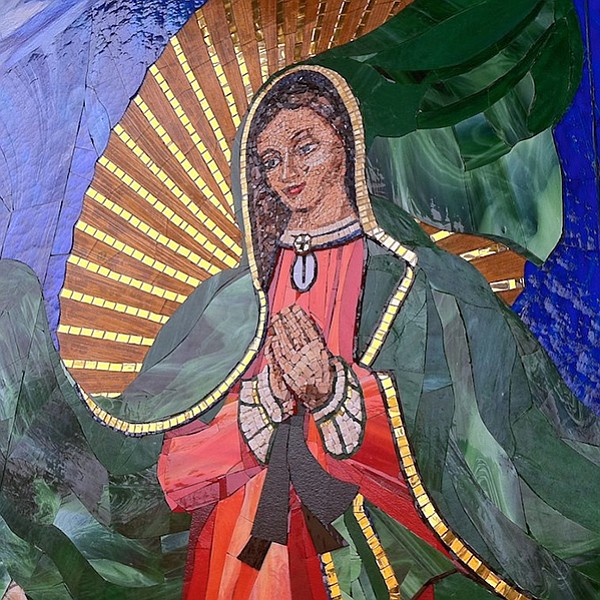 The Surfing Madonna Beach Run is aiming for the record books

Encinitas’ Moonlight Beach will be a bit crowded this Sunday. Six and a half years after Mark Patterson and Bob Nichols donned construction-worker garb and completed the 100-square-foot mosaic on Encinitas Boulevard and the Pacific Coast Highway of a Madonna surfing under a train bridge, the annual Surfing Madonna Beach Run is aiming for the record books.