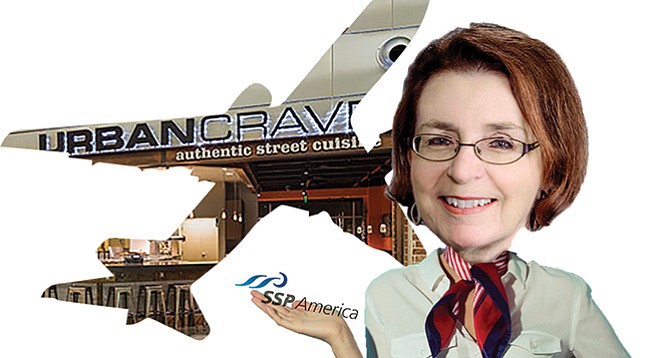 In early 2015, Presidio began lobbying the city on behalf of food-and-beverage vendor Delaware North’s bid to wrangle a lucrative contract at Qualcomm Stadium. By then Roe was a major player in a mayoral task force to build a new football venue in Mission Valley, drawing scrutiny from Chargers special counsel Mark Fabiani. “Putting the legal and ethical issues aside for a moment,” Fabiani wrote Faulconer, “what sense does it make to have someone who is your chief advisor on political matters, and who advises a potential stadium vendor on business matters, play any sort of role with the ‘independent’ Task Force?” Delaware North won the contract, then shortly afterward, in July 2015, Roe deregistered as a lobbyist, turning Presidio over to James Lawson, an aide to Faulconer when the mayor was on the city council.

Among its current clients, Presidio boasts SSP America, a British-owned food-service provider at San Diego International Airport. The company has been seeking contract changes from members of the airport board, including its chairwoman Boling, appointed to her position by Faulconer. In addition to her role in GOP politics, Boling also happens to be Presidio’s accountant. “SSP’s most recent request was to amend the ‘street pricing’ policy which requires concessionaires to charge no more than 10% over street pricing. The reason for ‘street pricing’ provision is to ensure airport customers are not being charged too much for food/beverage/retail at the airport,” notes an October 10 letter from the state’s Fair Political Practices Commission.

So, can Boling vote on SSP airport deals being lobbied by her employer Presidio? Yes and no, as far as state conflict-of-interest law goes, according to the state’s political watchdog. “The Board Member has no connection to the Authority’s contract with SSP,” the agency opines. “Thus, the Board Member has no financial interest in that contract.” But Boling isn’t entirely out of the woods, per the opinion. “The mere fact that Mr. Lawson and Presidio [Public Affairs Group], Inc. will be representing SSP does not mean that every decision on SSP will affect Mr. Lawson or Presidio PAG, Inc. However, if facts do develop that indicate that a decision will affect either person, a conflict of interest will likely exist.”