Guess who Impeachmint cocktail refers to 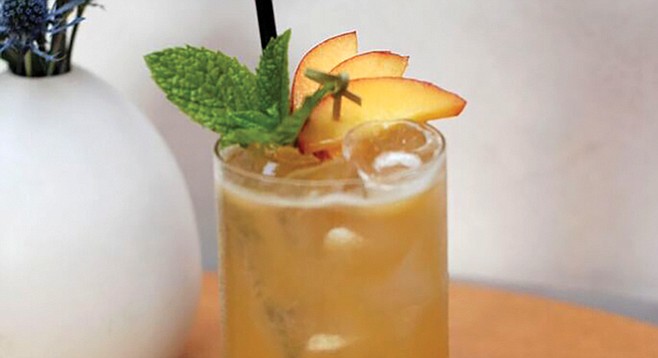 Since everything from scoops of ice cream to the NFL has become politicized, it was only a matter of time before San Diego’s cocktail scene stepped into the arena.

Thus, Madison on Parks’ Impeachmint. Bar manager Danny Kuehner says his concoction has a weird orange color to it and breaches the usual rules of cocktail etiquette. With these two clues, it’s not hard to figure out whom the drink’s word-play is inculpating. 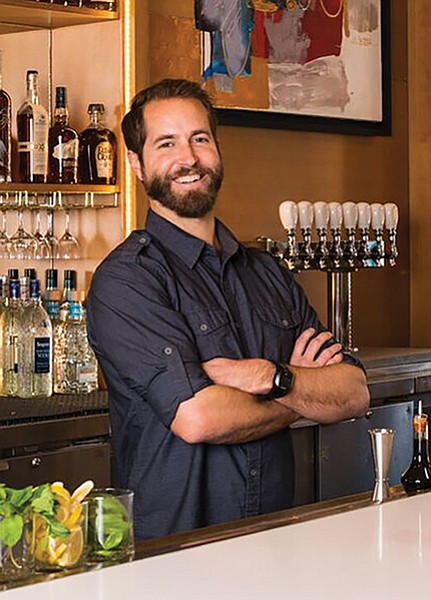 Bar manager Danny Kuehner:“We’re donating a dollar of every cocktail to the ACLU."

“The Impeachmint doesn’t have an orange top,” Kuehner says with a laugh, “but the whole thing has an orange hue, a kind of peachy orange color.”

Kuehner says the drink is polling with rather high favorability ratings.

“We’ve gotten positive feedback from the Impeachmint,” Kuehner says. “We’re also donating a dollar of every cocktail to the ACLU. I feel some people don’t want to drink that particular cocktail, but they see its name, buy it anyway — and then fall in love with it....

Kuehner refers to the drink’s “bourbonality — a little spice and a little sweetness and the right amount of kick.”

No word yet from Madison on Park about whether it will be offering something similar to balance out its cocktail menu — perhaps a cocktail called the Bitter Winer (Angostura Bitters, red wine, and Russian vodka?) or the Privat Server Shrub (Privat rum and hackberry shrub?).