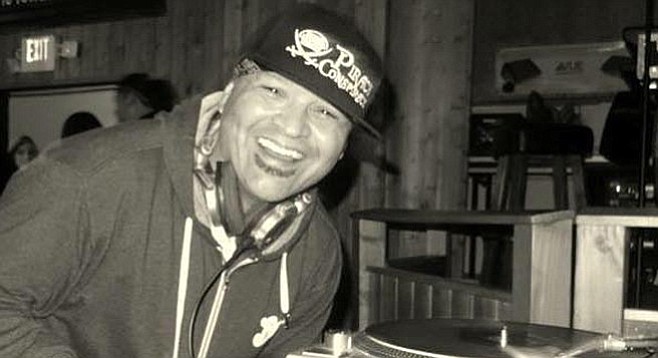 As noted in a September 6 “Blurt” article, the popularity of reggae was pointing to a resurrection of the all-day reggae festival that had been held at the Valley View Casino Center (Sports Arena) every President’s Day for 20-plus years. 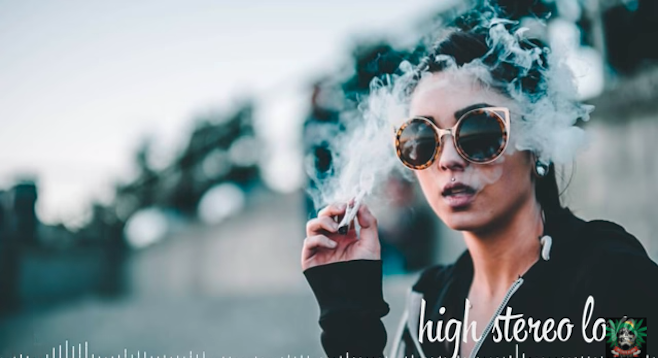 The last such reggae festival was held in 2012. It was announced last week that the tradition returns next year on February 19 with Boomshaka 2018, featuring Tribal Seeds, Stick Figure, the Original Wailers, Don Carlos, and HIRIE.

It was numbers like that that encouraged Sports Arena management to ask Chris Goldsmith of the Belly Up and Ramiro “Rams” Llamas, manager of Tribal Seeds, to form a cooperative promotional team to bring back the event.

Goldsmith says the name Boomshaka was derived as a team effort. “We had several ideas.” The phrase seems to go back almost 50 years, to the “boom-shakalaka” phrase in Sly Stone’s “I Wanna Take you Higher.” “We didn’t want a noun. We wanted a name that encapsulated a feeling.”

A Los Angeles–based musician named Tafari used to play bass in Boom Shaka. “They don’t play no more,” he said by phone. He also said he doesn’t like it that the name of this festival adopted the name of his old band, even if it doesn’t exist anymore.

“I think it is dishonoring,” said Tafari. “Nobody from Boom Shaka gave them the right to use it. It’s the same reason they had to change Bob Marley Day in Long Beach to Ragamuffin Day.” (The San Diego festival was long known as “Bob Marley Day” as well).

Goldsmith says he was aware of the negative social media reaction to the name.

“I was sorry to read that. There is also a band from South Africa with that name.... When you take a name that is already part of the lexicon and adopt it for yourself, that doesn’t mean it’s yours. There was no disrespect intended.”

Another internet beef had to do with longtime performers such as Don Carlos and the Wailers getting lower billing than bands with none of the rasta reverence.

“You could also be mad that John Lee Hooker opened for Santana in ’69,” said Goldsmith. “Or you could be happy that the roots artists are included.... You can’t have a band headline the Sports Arena just because they sell out the Belly Up.”

Where there is reggae there is RASTAFARI! That should be the quote from this article!! Jah know! this articles explanation makes it worse as its clear who picked the name and where it came from and its from people who KNEW of the Original Boom Shaka band from LA since 1986!... then to quote Bassie and claim they dont play no more... That does not mean they dont play MUSIC anymore or are involved in the international reggae music industry, or have an established name with many published albums, videos, interviews, documentarys etc about them! It also does not mean that they worked their backsides off for decades to pave the way for so many reggae artists in the area to even have venues pay attention - including members of this line up! The drummer from Tribal Seeds was a student of the drummer from The Original Boom Shaka and Don Carlos was blessed to have Wadi Gad play drums for him for MANY MANY YEARS! Then to say no disrespect was intended.. dem man deh dont get it! All of the players of the original Boom Shaka band still play music in the area! Every one as far as I know, with some members even being part of Ziggy Marley's band and others! - Worse part is the end of the article, stating a sell out show at the Belly Up (when belly up is part of the promotion of this same festival) doesn't equate to a headliner at a stadium... DIDN'T THEY SAY STEEL PULSE played and drew 15,000?!!! sorry but I have seen Steel Pulse play the Belly Up more than any other band!!!! How does Steel Pulse play the belly up and still headline stadiums all over the globe then??? This is Reggae Blasphemy! Carlos Culture and Tribal Seeds and these two promoters need to come better than this! Then... (have mercy)... In the article, the writer states that Goldsmith's "long-defunct Calypso band... even opened for Boom Shaka." SOOOOO his own band was NOT the headliner... Boom Shaka was! Jah know! where is the respect? AND NO ... we are NOT "happy that roots artists are (simply) included!" because to NOT would be even more disrespect! geez... wake up.

Boom Shaka is also a trampoline park in Washington and another band from South Africa. Not only was the name not unique to the The L.A. band, that band is over. The former band member says it is not coming back. The founder/lead singer is dead. And what do you know....there are bands called ULTRA, SASQUATCH and ELECTRIC ZOO, and there are also unrelated music festivals that use the same name. And, what do you know, they all somehow get along!

The original Boom Shaka band was playing REGGAE music since the early 1980's, not bouncing around LA and SD in trampoline parks (seeing that Boom Shaka Olympia the author mentions is a recreational park that opened in 2016). The South African Band (not reggae) started in 1993... So math then indicates that Boom Shaka WAS in fact unique to Southern California the entire time, and as a band for approximately a decade! Makeda Makossa from the World Beat Center used to run the reggae festival prior and has excellently supported Reggae / Rastafari in San Diego for decades, and she too knows and respects Boom Shaka. So I'd like to correct Ken in saying Boom Shaka IS uniquely known by members of the community as the original BAND in the region. This new festival is claiming to be replacing a festival that went thru this same problem prior! It lost its name due to this same rights issue - THEN became a festival that was a tribute to legends of REGGAE (not trampoline parks). THESE men ARE legends, both in the Boom Shaka Band and in OTHER bands that many followers of this genre of music know and love. Ras Trevy (aka Boom Shaka -his nickname) passed, however a lead singer does not make a band! The other members are still here, playing music in the region and should be respected for all of the hard work they collectively put into their music and this genre. You so stated in your article, the promoters of this festival were aware of Boom Shaka and were looking for a noun to name the festival... well they found a proper one. pun sincerely intended. Finally, names such as "Ultra Sasquatch" and "Electric zoo" have no significance to this genre of music and had the name chosen been as such - would not have caused much debate. But it wasn't. The name was chosen in full knowledge of a Rastafarian Band that has paved the way for the existing line up of reggae musicians in more ways than can be discussed. And yes - there are issues with the line up - as Ken stated. Oxymoronically, the Wailers, (on the lineup) are also in and have been in strong debate with Bunny Wailer [rightfully] - one of THE original Wailers- over use of the Wailer name since the bands name is called "The Original Wailers" yet no original members of the Wailers are even in the band... hmmm sounds like a recurring theme here... and Don Carlos (a great and long lasting musician properly representing Reggae / Rastafari Music in my view) used Boom Shaka's drummer for YEARS. This is not some "what do you know"-"lets use this name since it sounds like reggae" situation. The name, its history, and what it represents should be respected as many years and hard struggles were put in to both promote it and protect it. I question... if I started writing for a LA based publication and decided to use an alias of Ken Leighton... would you be smiling? just asking... Again... San Diego can do better than this.