Mittens, Parker Meridien, and Astra Kelly want to party with you 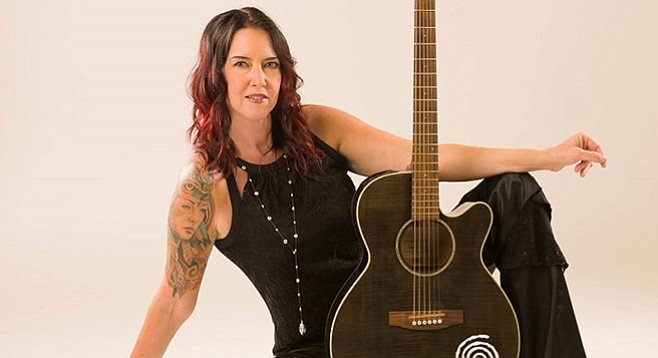 Singing airline pilot Sluka drops his 11th full-length, Colorful Radiation, on November 3, in a “visual album” combination of 3D, 4K, and Blu-Ray releases, with the first single, “Rise,” streaming online. “‘Rise’ is my reaction to the Trump phenomena,” says the FAA-certified flight instructor. “Not so much him directly, but how his rhetoric resonates with so many.”

Jazz/hip-hop crossover Parker Meridien, pairing Parker Edison with Nathan Hubbard, introduces their Fists Like Gotti album at Til Two on November 4. “Orko Eloheim is back from living in the Midwest for the last few years and will play,” says Edison of the openers. “DJ Pnutz has put out two amazing records this year, and Scribe Sayar is back from the Bay Area and will make a rare local appearance.”

Acoustic singer-songwriter Astra Kelly debuts her Chasing the Light full-length at the Music Box on November 8. “We’ll do a performance of the full album featuring all players on it, including Jeff Berkley, co-writers Heather Janiga [Podunk Nowhere] and Carissa Schroeder, fiddle goddess Melissa Barrison, and more. I’ll play a couple of covers, a Tom Petty tribute, and a classic that still reflects the times. It’s a free show with four full bands and 11 visual artists from Bearcat Tattoo showing works inspired by the songs from the album.”

Cori & the Music chose downtown’s Museum of Contemporary Art for the November 11 premiere of their album Who Am I? “We’ll be playing an all-original set with some soul-pop, Motown feels, and even some dancey jams and jazz,” says frontwoman Cori Presutti. “Tickets to the party include a concert in the museum with our ten-piece band and access to view the current special exhibition, followed by craft cocktails by Snake Oil and dancing on the concourse.” Guest players on the album include bassist Rob Thorsen, cellist Christine Cyr, and guitarist Marklyn Retzer, along with a full horn section.