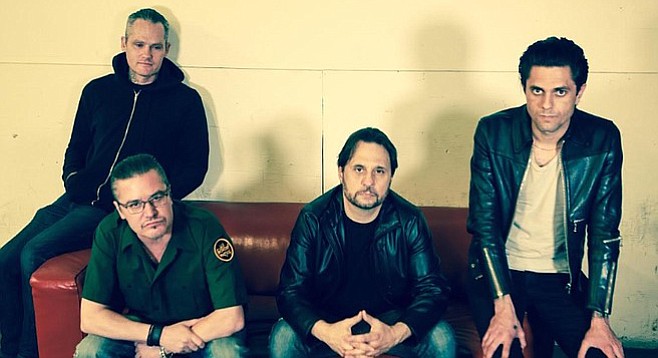 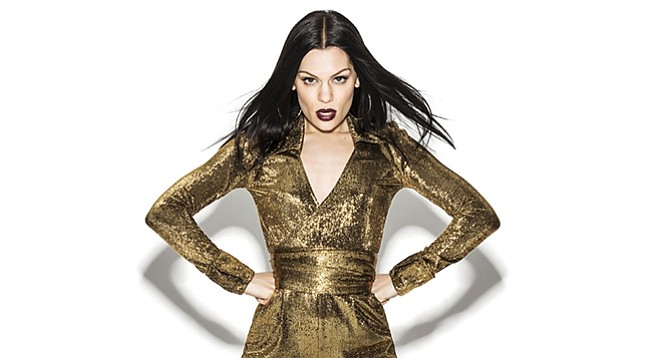 Jessy J. plays sax (and she has written songs for Miley Cyrus)

The Jazz at the Creek Summer Concert Series at Market Creek Plaza in Logan Heights launches June 17 with saxophonist Jessy J., who got her start in musical theater before writing songs for pop artists such as Miley Cyrus and Chris Brown for Sony/ATV. She sojourned into the jazz scene in 2006 with a blend of Latin, R&B, and smooth jazz styles, notching several solo albums on her achievement belt. This tour marks somewhat of a return to the concert stage, as she spent the past few years coaching on the UK and Australian versions of The Voice TV show, as well as revisiting her theatrical roots last year for a live TV broadcast of Grease. The Jazz at the Creek season opener will also feature contemporary Colorado sax symbol Tony Exum Jr. 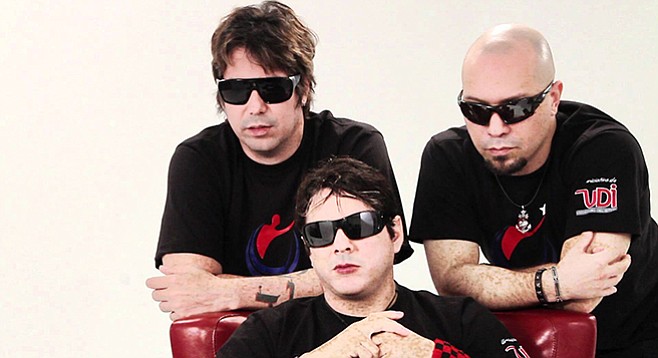 Tickets go on sale Friday, June 2, for ska-rockers Los Rabanes at the House of Blues Voodoo Room on August 10. With a career spanning two decades and eight albums, the first band from Central America to win a Latin Grammy in the Best Rock Album category has a new release to sell you, Tributo a Los Rabanes. Just to make sure you diggit no matter what side of the border you crash on, the songs are mostly sung in Spanish while the sarcastic and comedic bits are in English.

Not so much a “supergroup” as a superhero team-up, Dave Lombardo’s Dead Cross features the co-founding drummer of Slayer paired with hometown hero Justin Pearson (the Locust, Retox, Head Wound City) and Mike Crain (Retox, Festival of Dead Deer). When they made their live debut at the Casbah in December 2015, they were filled out by another local Retox alum, Gabe Serbian, but they’ve since recruited alt-rock all-star Mike Patton (Faith No More, Mr. Bungle) to front the band. Previously teamed with Lombardo in Fantômas and revered as a musical chameleon who can do no wrong, lyricist Patton (who recorded his vocals separately from the rest of the production) screams, coos, and growls his way through the current single “Grave Slave,” rising above the vortex of violent noise like the last super-man standing after an Avengers beatdown that takes out half the Marvel universe. Their August 19 concert at Observatory North Park coincides with the release of their self-titled debut on the frequently local-centric Three One G/Ipecac label. 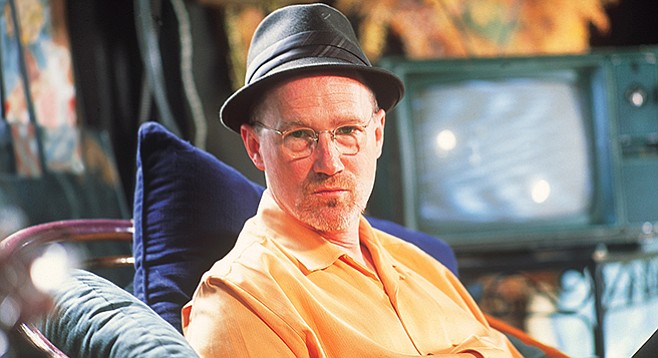 Speaking of marvel team-ups, indie troubadour Marshall Crenshaw will be backed by Nashville instrumentalists Los Straitjackets at the Casbah on September 8. Though best known for his 1982 hit “Someday, Someway” (or perhaps his role in 1987’s La Bamba as Buddy Holly, to whom he’s often compared), Crenshaw resurfaces every few years with a new studio album or EP that never fails to earn superlatives, if not money. Many feel his best work is done on the concert stage; several well-circulated live albums, spanning multiple phases of his career, would seem to bolster that assertion.

The lucha libre–masked Los Straitjackets have been around since the late ’80s (other than a brief early-’90s hiatus), though only guitarists Danny Amis and Eddie Angel remain from the original incarnation. Old dudes remember their Christmas-music performances on Conan O’Brien’s TV show, and cult-movie fans love their songs and appearance in the 2000 horror spoof Psycho Beach Party. It’ll be interesting to see how Crenshaw’s mildly sardonic pop rock meshes with the psychotic stage antics of the Straitjackets — what sort of show you get when you mix Prairie Home Companion with a Mexican Kiss concert. 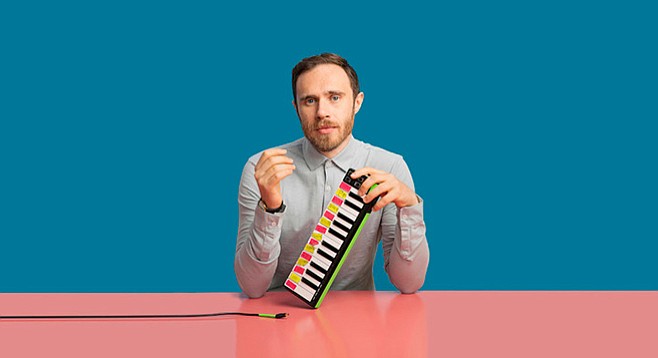 James Vincent McMorrow can fill the Belly Up on August 8

Irish singer/songwriter James Vincent McMorrow is best known for a song that wasn’t even his own record, one that never charted in his native Ireland. “I’m in Love” by Norwegian DJ/producer Kygo carried a “feat. James Vincent McMorrow” byline, charting well in several countries, though McMorrow’s own albums and EPs have seen only modest success outside the Emerald Isle, where his most recent full-length We Move hit number one. Only one of his albums has ever charted in the U.S., though he was obviously courting American fealty with a self-titled EP released only in the States back in 2010. It’s anybody’s guess whether McMorrow is now enough of a headliner to fill the Belly Up on August 8. 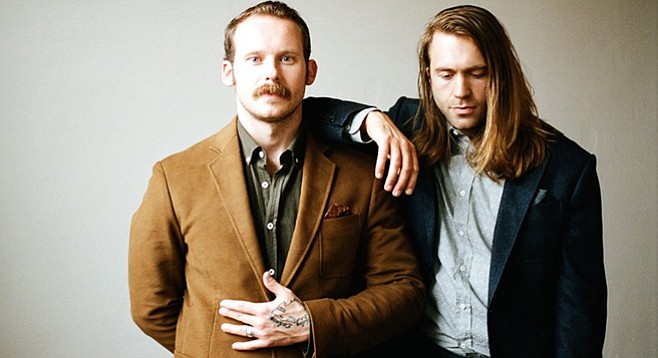 Since releasing their debut album in 2012, former college roommates Andy Baxter and Kyle Jahnke, aka Penny and Sparrow, have been helping to keep Austin, TX, weird by crafting an exceptional catalog of increasingly adventurous music. The indie duo just dropped a “surprise album” called Addendum, a collaboration with Nashville folkie Corey Kilgannon, but that’s not what they’ll be plugging on October 20 at the Music Box. Their Wendigo Tour is all about a new band album called Wendigo, reportedly co-created with their longtime engineer/producer Chris Jacobie.

Wish I could tell you more about that, but, at this writing, none of the new tracks is available for preview. I’ll go out on a limb and predict that it continues their expansion from next-gen Americana copycats into a nearly authentic sounding reference point existing somewhere on the RIYL dial between Civil Wars and Alabama Shakes. If it turns out I’m wrong, address your most heartfelt and pointed criticism (and/or any upcoming concert on-sales that we should know about, which, frankly, would be more useful) to [email protected].