Including but not limited to Cigarettes After Sex, The National, and Nick Murphy 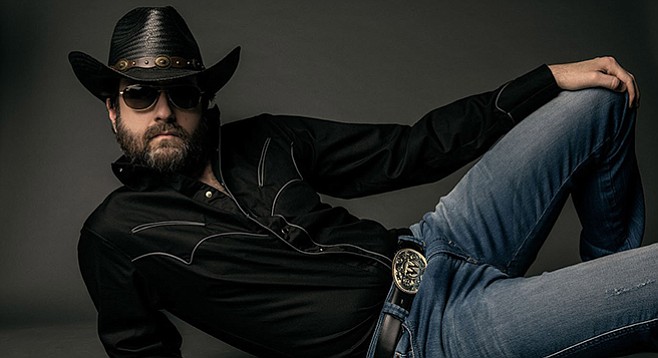 Any musician will tell you what a challenge it is to cover Steely Dan in concert. Not just the mathematical precision of the arrangements and the individual styles of the various guest guitarists, but because Dan fans know every note by heart and are critical of any perceived imperfections. Not to worry when the Steely Damned 2 takes the Music Box stage on July 3, as this newest incarnation of the 14-piece group dedicated to recreating the music of Donald Fagen and Walter Becker pretty much eats and sleeps those adventurous transcriptions. 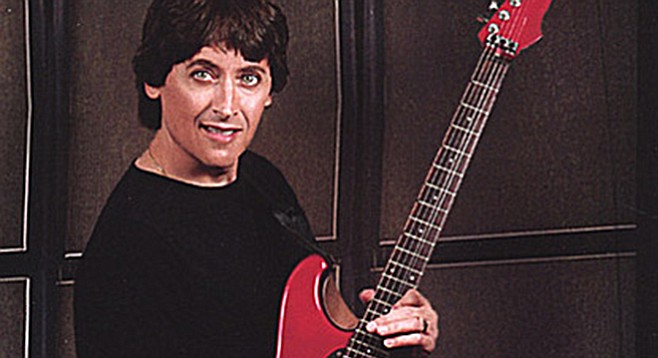 This guy knows all the Steely Damned songs. Not even kidding.

One can only imagine the dropped jaws at mainstream Capitol Records when comedian Ben Hoffman, aka bearded shitkickin’ alter ego Wheeler Walker Jr., turned in his debut full-length, which he calls “the filthiest country album in history.” After being signed by an A&R guy who caught his act at the Bluebird Café and offered a contract, Walker worked with producer Dave Cobb (Chris Stapleton, Sturgill Simpson), though Redneck Shit ended up being released last year by the censorship-free Thirty Tigers label. It debuted on the PornHub site usually reserved for X-rated videos and, despite (or perhaps because of) the filth, it hit number nine on the Billboard country chart. His follow-up album Ol’ Wheeler will premiere shortly before his August 4 appearance at the House of Blues, though one wonders if HOB booked this as an all-ages event without noticing song titles like “Eatin’ Pussy, Kickin’ Ass,” “Sit on My Face,” and “Can’t Fuck You Off My Mind.” 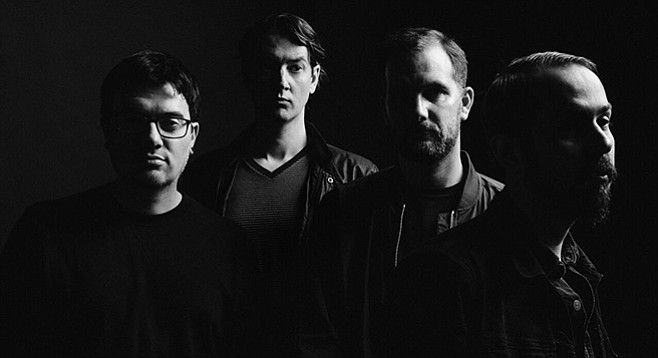 Cigarettes After Sex brings Xanax pop to the Irenic

There’s dirty talkin’ right in the band name when Cigarettes After Sex appear September 15 at the Irenic. The ambient Brooklyn-based pop group has a self-titled debut album due June 9, with three singles now streaming online: “Each Time You Fall in Love,” “Apocalypse,” and “K.” I found all three tracks to be somewhat Xanax-laced, akin to the swooshy cinematic pop favored by latter-day Lana Del Rey or the aural fever dreams commissioned by David Lynch for Twin Peaks. If you like that sort of thing, this is that sort of thing. 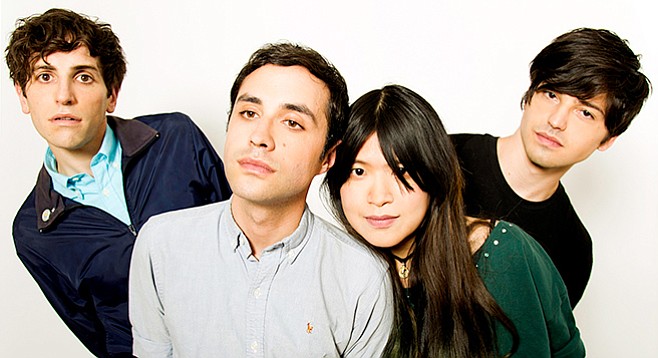 The Pains of Being Pure at Heart play the final date of their U.S. tour at UCSD’s Loft

The Pains of Being Pure at Heart will play the final U.S. date of their current tour at UCSD’s Loft on September 28, promoting their fourth album, The Echo of Pleasure. Dropping July and produced by Andy Savours (My Bloody Valentine, the Killers), the first single, “Anymore,” previews their newly polished, anthemic sound. Vancouver power-pop trio the Courtneys will open, touring in support of their sophomore album The Courtneys II, recently released via New Zealand’s Flying Nun Records (the label’s first non-NZ act). Their girl-group bounce meshes well with wall-of-alt guitars, resulting in a contemporary retro sound one might describe as shoegaze Shirelles. 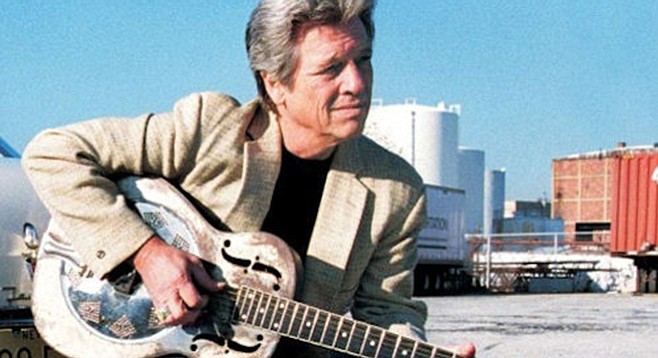 John Hammond’s catalogue of over 30 albums dating back to 1964 are all fair game when he appears September 30 as part of the AMSDconcerts series at Sweetwater High in National City. Famous former neighbor Tom Waits is quoted on the venue website praising the veteran bluesman. “John’s sound is so compelling, complete, symmetrical, and soulful with just his voice, guitar and harmonica, it is at first impossible to imagine improving it…he’s a great force of nature. John sounds like a big train coming. He chops them all down.” Couldn’t have said it better myself.

The Woggles and Prima Donna wrap up their current tour at the Casbah on October 7. Atlanta rock quartet the Woggles will drop their Tally Ho! full-length in August, with the debut single “Fire Thief” offering up a sunny sample of ‘60s-inspired skiffle pop that sounds as if the fictional Mosquitoes from Gilligan’s Island had progressed to their own Rubber Soul phase. Prima Donna singer/guitarist Kevin Preston is probably best known from the Green Day side-project Foxboro Hot Tubs, though PD certainly has local cred from playing on bills with likeminded hometown heroes such as the Zeros and Rocket From the Crypt.

The National will take a brief break from its European tour to play a handful of U.S. dates, including October 12 at UCSD’s Open Air Theatre. If you’re on the fence about seeing the moody Cincinnati-turned-Brooklyn gloom-rockers, keep in mind that all North American ticket buyers get a free copy of their upcoming seventh studio album Sleep Well Beast delivered digitally on September 8. Get a taste online by streaming the first single, “The System Only Dreams in Total Darkness,” a despondent track guaranteed to leave your mood hovering somewhere between melancholy and suicidal.

When New York–based Australian producer and musician Nick Murphy plays Observatory North Park on October 21, he’ll showcase tunes from his new Missing Link EP, described in a press release as “bridging the sonic shift between Chet Faker and Nick Murphy.” Now going by his given name, Murphy says “Chet Faker was me trying to prove something to myself. But my tastes are pretty dynamic, and I realized I’ve spent time resisting that. Now I want to put everything in. It’s not conceptual anymore. It’s just me…it feels like a rediscovery.” Judging from the first two “just me” singles, “Fear Less” and “Stop Me (Stop You),” it’s not as big a rediscovery from Faker to Murphy as, say, Garth Brooks vs. Chris Gaines, or David Johansen as Buster Poindexter. More remodel than rediscovery (think Johnny Cougar compared to John Mellencamp), it’s less of a new ride than the old car with a new coat of paint. Not that there’s anything wrong with that.