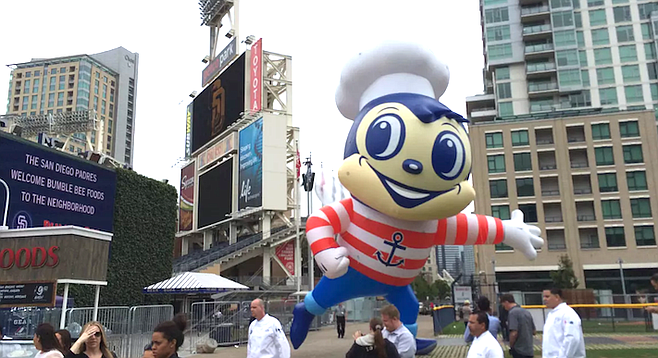 While the suit has been pending since late last year, this week it was amended, naming 56 alleged parties involved. These include a host of senior vice presidents, as well as John Signorino, former President and CEO of Chicken of the Sea, and Chris Lischewski, who occupies the same role at Bumble Bee. Starkist, a Pittsburg-based competitor, also had its CEO and President In Soo Cho listed among the accused.

The CEOs, which also include current Chicken of the Sea/Thai Union leader Shue Wing Chan, allegedly "spoke frequently" in order to "discuss pricing and customers."

According to the suit, plaintiffs claim that the defendants colluded to reduce can sizes across the industry, issue secret price lists, limit promotions and discounts, and collectively refuse to offer consumer products containing tuna without fish aggregating devices. The last practice is among those that drew criticism from environmentalists at Greenpeace in a report rating the industry last month.

Last week, the Department of Justice announced that two defendants at Bumble Bee, former executives Ken Worsham and Walter Scott Cameron, had agreed to plead guilty to federal price fixing charges between 2011 and 2013, and to cooperate with investigators. The company has agreed to pay a $25 million criminal fine, which could rise as high as $81.5 million, while Cameron is expected to personally be fined $25,000 and face a 10-to-16-month prison sentence. Though the offenses carry a sentence of up to 10 years, Cameron is expected to testify against other defendants in exchange for leniency.

The class action, however, accuses the canners of much more widespread corruption, dating back to "at least" the beginning of 2003, and continuing into 2015, when lawsuits against the big three began to emerge. The main suit has been split into four parts, with tracks for wholesalers, consumer purchases, restaurateurs, and those who choose to opt out of any class action settlement.