The doctor is late 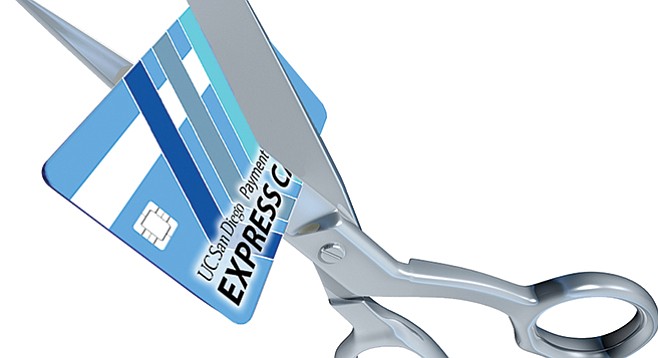 Travel and entertainment spending by the department of surgery at UCSD billed to so-called Express Cards handed out to employees for official spending has caught the attention of California state auditors, resulting in the implementation of a raft of reforms, according to a March 23 report.

“Travel and entertainment reimbursements were not always submitted in a timely manner, and some travel was not preauthorized,” notes the document. “Management has decided to cancel the Department Chair’s Express Card, and will limit provision of Express Cards to approved selected personnel.”

A big problem, per the report, was the department’s chronic lassitude in fixing problems called out by auditors. “We noted 84% or 21 of the 25 trips were submitted to Disbursements for processing after 21 days of the end of the trip. Of these, 15 travel expenses were submitted more than 45 days after the travel end date (two of which were over one or two years old), which could impact the employee’s taxable income. Although justification and corrective action plan statements for 13 late claims were included, the Department did not follow through the corrective action plan to ensure future submissions are completed in a timely manner.”

Some surgeons also failed to file conflict-of-interest reports, as required by university policy. “We noted that as of November 23, 2016, five of 130 faculty had not turned in the forms as required, for FY16. During our review, the Department Chair was in the process of following up with five individual faculty, two of them on extended medical leave, who had not submitted their annual report as of November 1 due date.”

Added the report, “Timely receipt and review of the annual outside Professional Activity Reports can alert Department management to situations that may require additional monitoring or education to ensure compliance with University policy, and appropriate campus oversight for potential conflicts.”

Sheesh, surgeons with University of California credit cards? And no-permission-late-reporting of paid trips? That must be the UCSD Medical School of UC President Janet Napolitano who "edits" audits of the ten UC campuses before turning them in.