Happy hour and Tacotopia memories, wondering how that massage worked out

The rest of the story 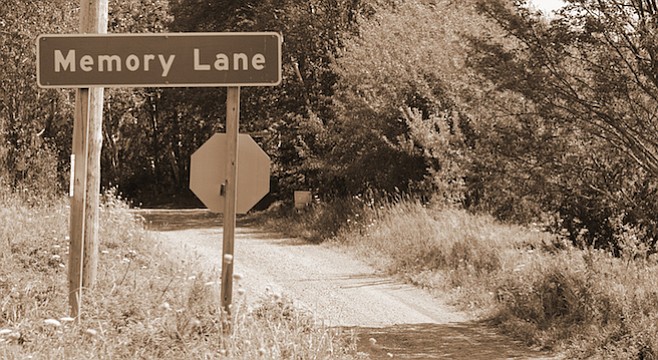 When I started reading, “Set My Drinkers Free” and I read the part, “Line ’em up, says Mitch”, it made me think of the days when I lived in Ocean Beach in 1977 and ’78 and I would be the first one off work and get to the Sunshine Club before happy hour ended. My friends Larry, Marc, Jimmy, Steve, and Gary told me to get five pitchers of beer at last call for happy hour if they weren’t there.

Sixty-ounce pitchers were only $1 during happy hour. Most of the time my friends showed up. If they didn’t, I sure made a lot of friends and had some really good times (from what I could remember!) and I only got kicked out of the Sunshine Club once! I do remember saying to the bouncer, “But, nobody gets kicked out of here.” He said, “Well, you just did.”

Regardless, I’m sure pitchers are more than a buck during happy hour nowadays.

The Question That Should’ve Been Answered

Good article, but it is missing the real point. These sobadores are in high demand because they provide a service that gets results. I had been in physical therapy for almost a year for a shoulder problem and never considered their services but, by word of mouth, went to one in Colonia Libertad, and in just one session my situation was resolved.

I spent over $800 in copays during that time and only spent $40 for the sobador’s service — and got results immediately. Did Matthew Suárez get results or not? That is the question that should have been answered in this article.

How Did He Feel the Next Day?

It would be interesting and worthwhile to have a brief follow-up to the good article about massage in Tijuana by Matthew Suárez, “A $13 Street-side Massage in Tijuana." It sounds really dramatic, adjusting the thoracic and the lumbar, and the intense, deep massage and all that. The follow-up would be, How did he feel the next day? Did he feel it was effective? Or was the guy just ad-libbing it and hacking around?

Thanks for your time.

I went to your taco thing this weekend [Tacotopia] and it was awesome. The vibe was really good. People who read the Reader, and people who were there — it was a great mix.

Couple things. The beer line was out of control. I spent 25 minutes in the beer line. You need to do something about it. This was my first year. I’ll go back next year, but I’ll make sure I get in early so I can beat the beer line, take a chair, and enjoy the whole day.

When I was there, I was walking over to the Port-O-Potties and, on my way over there, somebody had two beers sitting out in the grass. I didn’t see them, and I stepped on them. The guy got all bent and was yelling and screaming. As I walked away, I thought, You know what, I should probably buy the guy a couple beers since I spilled them.

Then one of the people working there came up with some beer tickets and offered them to us. Neither one of us took them, but great vibe, nice people, nice situation. I’ll be there next year.

I thoroughly enjoyed Tacotopia 2017. I had a blast. Voting for the best taco was so much fun. What would be more fun? I wanna know who won!

Who won for the best taco? I do not see it on the Reader website or Twitter, and I am unable to find it with an internet search. Please tell me who won Tacotopia.

The winner is announced in the May 18 issue! You can also find the winner on our Instagram and Facebook.

The author of the (excellent) story, “I Read. And I Know Things” (May 4 cover story) wisely included the requisite reference to a “safe space” at the end of the story, likely to ensure that its readers didn’t get a chance to roll their eyes and flip on to the food section without finishing the article.

The point of the article was to call attention to the now-neglected field of literature and the personal enrichment it provides, but it neglected to mention that modern college campuses are extremely hostile and intolerant to a diversity of viewpoints, claiming to be “diverse” and “tolerant” but are extremely intolerant when faced with a diversity of ideas which are a threat to the worldview of a noisy few.

College was traditionally a place to be challenged, to apply what one’s learned to new situations, and to be exposed to a variety of viewpoints — but how can that happen when students can literally shut down lecture or reasonable debate because they find something offensive?

As a recent STEM grad who’s read a few books myself, before I really got into school I thought things like “trigger warnings” and preschool-themed “safe-spaces” complete with stuffed animals and “cry-ins” were just bad jokes circulating on the internet; even as academics were already complaining about those things in New York Times op-eds and elsewhere. For example, students crying about an instructor who used graphic images of torture and brutality in her history lessons, and the fact that damn near every great work of literature contains some kind of element that’s going to “trigger” somebody.

That’s the elephant in the room: How can universities preach tolerance, diversity, and personal growth while both tacitly and explicitly condoning the censure (undeserved poor grades, public shaming, inappropriate pushing of their own beliefs onto students, and in some cases, physical violence) of students having opinions that were considered widely reasonable literally only a few years ago? Is allowing a student to cry their way out of lessons they don’t like decent preparation for the real-world? Do the latest crop of students believe they can bail out of every hardship in life by collapsing on their butts and sucking their thumbs?

In spite of all that ranting, I don’t consider the students to be nearly as culpable as the universities are. The universities are the authority allowing backhanded social and academic pressures to force their ideologies into students, willing and unwilling, and leveraging that social and academic pressure as backdoor censorship. Of course colleges are mostly liberal-learning, but they crossed the line of acceptable behavior when they encouraged Stasi-style techniques to suppress free speech. 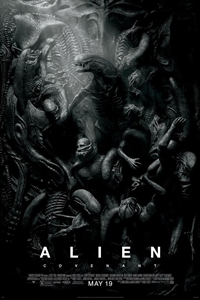 I check to see what the new movie Alien: Covenant is about and this is the review: “Sequel, prequel, or the establishment of a trust fund for Ridley Scott’s grandchildren? 2017.”

Lenny, Alien: Covenant does not open until this Friday, May 19, and we are required by the studio to hold our review until a couple of days before release. It'll go up today, promise.