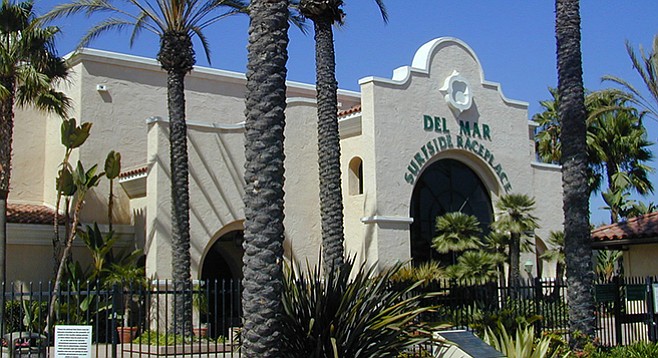 Having Lady Gaga, Jimmy Buffett, and the Rolling Stones drop by for a show may be the Belly Up Tavern’s most visible triumphs. But behind the scenes the booking staff of the Solana Beach venue has been accomplishing a series of music-business coups.

It started last year when the struggling Music Box in Little Italy brought in the Belly Up talent-buying team. While the venue’s bottom line is not discussed, recent sold-out shows by Chicano Batman, Dreamcar, and Ozomatli (among others) seem to indicate the three-level venue is doing well by its new talent buyers.

But it doesn’t stop there for Chris Goldsmith, the Grammy-winning producer who oversees the Belly Up’s team that also includes Pete McDevitt and Chad Waldorf.

This is the first year the Belly Up has booked the Green Flash Concert Series (in its 12th year) at the Birch Aquarium. Cracker launched the series May 17. Other headliners include Steve Poltz and Milo Green. The series runs May through September.

For the fifth year, the Belly Up was hired by the San Diego County Fair board of directors to book the Coors Light Rock on Stage at the Del Mar Fair. The Belly Up gets a check for $33,000 and is responsible for paying the bands that perform every Thursday on that stage throughout the fair’s summer season. Talent-buying gigs like this are considered highly desirable since tickets aren’t sold and the booker and the artists get paid no matter what.

The Del Mar Fairgrounds, which is just a couple miles west of the Belly Up, has been particularly kind to the 43-year-old venue. This year, for the first time, the Del Mar Thoroughbred Club has handed over the reins of its popular Four O’Clock Fridays series to the Belly Up. The series showcases free shows every Friday (and some Saturdays) during the racing season. Past headliners have included Weezer, Ziggy Marley, ZZ Top, Jimmy Cliff, the B-52s, and Rocket From the Crypt. This year’s lineup has not been announced. Four O’Clock Fridays kick off July 21.

All this good Del Mar Fairgrounds juju seems to point to even better news for the Belly Up next year. The fair’s board has voted to transform the Surfside Race Place into a 1900-capacity music venue. The 26-year-old, 100,000-square-foot room has been failing of late as a satellite wagering facility. It once attracted 2700 daily bettors but now brings in about 350 a day. An Orange County architecture firm has been hired to design the new venue. Del Mar Fairgrounds spokeswoman Shawn Feisst says that once the $19 million improvement money is secured, the concert hall will be built and may be ready for shows by late next year.

But who will the fair board hire to book the bands? Live Nation and AEG/Goldenvoice control most of the other major venues in town and have first-crack access to all the major national tours. But the recent love shown the Belly Up by the fair board seems to favor the independent neighbor down the street. Both Feisst and the Belly Up’s Goldsmith say no decision has been made.

oops. Make that couple of miles south of the Belly Up. not west.