From the ashes of abruptly shuttered Pacific Brewing... 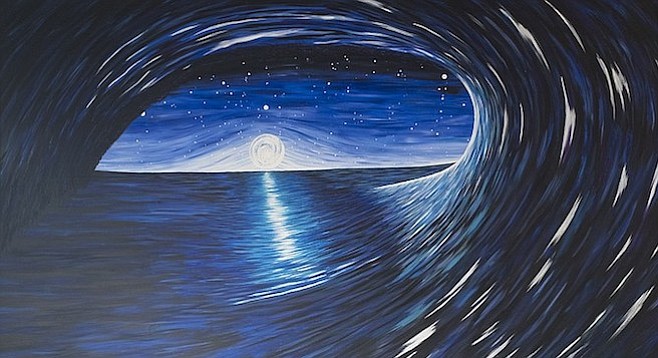 When Miramar's Pacific Brewing abruptly closed last July, Andrew Heino was left holding the bag. "It was instant," he says of the end of his partnership with Pacific cofounder Chris Chalmers. The brewery was open one day, closed for good the next. "It was shocking."

Chalmers departed San Diego and took a brewing position elsewhere. Heino remained, watching workers dismantle, in a half hour, the beer business he'd spent years building. He still had the brewhouse lease to pay, investors to face, court battles to fight, and — though he couldn't brew — hops contracts payments due. "I literally have to drop ten thousand bucks just to start buying hops," he says. "It's rough. They don't make it easy on the small guy."

The veteran brewer could have walked away, taken a secure job at a larger brewery. "It probably would be easier," he says. But instead, he held on to his Miralani Drive industrial suite, brought in new brewing equipment, and soft-opened a new venture, Align Brewing, in May.

With only two fermenters to start, Heino opened the low-key tasting room with three beers, not even enough for a proper flight, and has been adding to the list as new beers become ready. "I just needed to open and make some money to pay rent," says Heino, revealing how determined he is to operate his own brewery.

"I worked too hard," he asserts. "I've been working ten years at it." Heino describes the dissolution of Pacific as "just one little hiccup…. They always say success is not a straight line, so I'll get back on track."

Heino is moving forward with no partners this time around, but he's not entirely alone. When Pacific Brewing closed, there was only one brewery left in this little corner of Miramar, the neighboring 2Kids Brewing.

In the time since, the neighborhood has sprung to life. Within the same building, there are now two urban wineries, a sake brewery, and a third beer company preparing to open next door. Just across the street, another brewery opened in the fall, and cider and mead companies are moving in.

Heino points out the sense of community among the alcohol businesses around Miralani has been good for them all. "It's gigantic," he says. "Just the other day my cold box went down, so I went to all the breweries and some of them let me put my kegs in there… 2kids came over and borrowed ingredients, and I borrowed their mill. It's pretty awesome the way it works out. There are not many places you could just walk to your neighbor brewery and borrow something."

Which jibes with the name he's applied to his new business. "It's got two meanings, really," Heino explains. "Stars align. Everything comes together for a special moment." But, he adds, there's a second definition where to align is to give support. "Like paying a friend to help you build a bar," he says. "They're supporting me and I'm supporting them."