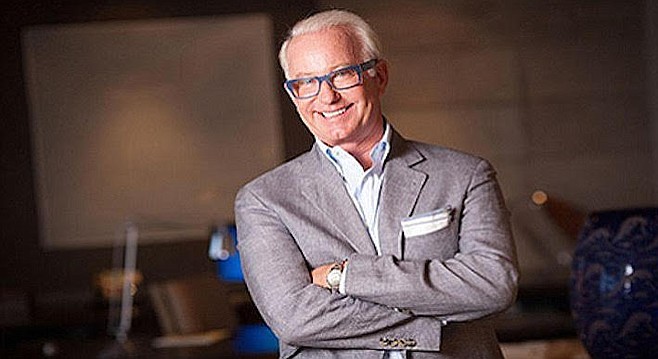 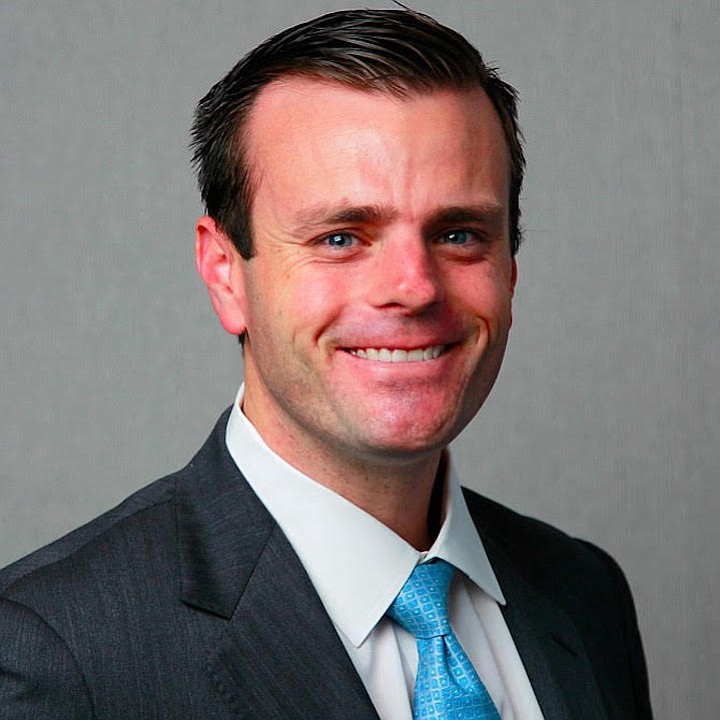 As first reported here February 3, Stone and partners began setting up hush-hush behind-the-scenes meetings to push their so-called SoccerCity project with the mayor back in 2015, without taking pains to register as lobbyists under the city's ethics law.

"The lunch will be at noon at Oliver McMillan (they have a private dining room and chef in-house). I do not have an agenda and doubt there will be a formal one," emailed Stone aide Tracy L. Houdmann December 22. 2015.

The host of the closed-door event, developer Morgan Dene Oliver, is a longtime political intimate and campaign finance backer of the mayor. Since 2009, city records show, the nattily-attired builder and his Oliver-McMillan compatriots have kicked in a total of $34,750 to Faulconer and his related political causes.

In a city ruled by influence over elected officials through big money mustered by those seeking their way with city hall, such political largesse usually flies discretely under the radar in the circles of the city's developer-driven establishment.

But in their rough-and-tumble New York City-style quest for the Qualcomm Stadium acreage, La Jollan Stone and his FS investors are taking on two of the city's longtime campaign money powerhouses, Sudberry Properties and H.G. Fenton, whose roots in San Diego go back to 1906, and whose director Henry Fenton Hunte II is "a fourth generation beneficial owner," notes the firm's website.

While Stone's group has reported that it has thus far lavished $2.4 million on its controversial ballot measure to award the stadium land to FS Investors, Sudberry and Fenton, a May 1 disclosure filing with the city shows, have spent $649,415 on a tightly-focused social media and public relations campaign to bring down the former Connecticut resident's local ambitions.

Fenton and Sudberry, who have spent hundreds of thousands of dollars of campaign money in their efforts to control Mission Valley's destiny, aren’t the only parties of interest.

Another establishment figure who has expressed a hankering for a piece of the stadium action is Douglas Manchester, the former Union-Tribune owner and publisher whose marketing and public relations director Stephanie Brown occupies a seat on the newspaper's editorial advisory board.

In March, Manchester Financial consultant Perry Dealy told the newspaper that the Qualcomm stadium site should not be awarded to Stone's group, which says it will build a major league soccer stadium, but instead put out for competitive bids "over the next two or three years."

“I consider him a friend and a mentor,” Puetz is quoted by the paper as saying of Oliver. "He offered to let us use his house in Point Loma for the wedding as long as we paid for everything in full, which is very important to me and to my wife.”

Reported the U-T, "Puetz paid $427.23 for use of the venue and $340 for a post-event cleaning. The rental cost was calculated as 1/30th of what a leading real estate website suggested the retreat would rent for by the month."

Puetz then proceeded to cite the head staffer of the city ethics commission.

"I had numerous conversations with (Ethics Commission chief) Stacey Fulhorst to make sure I would be complying with all of the ethics rules and doing everything aboveboard,” Puetz told the newspaper.

Added the U-T, "Fulhorst said the formula Puetz relied on to calculate the $427 payment to Oliver complied with city rules because it reflected the fair market value of one day’s use of the venue."

Fulhorst told the U-T, "Mr. Puetz asked if referring to the Zillow monthly rental value would be sufficient and I confirmed that under state and city law it would be."

The U-T didn't say whether Fulhorst’s advice to the mayor's aide had been memorialized in writing, and she has yet to respond to a request sent to her under the state's public records act for documentation of her contacts with Puetz.

Fulhorst has previously acknowledged that she stopped providing written advice letters in response to ethics queries proffered by the mayor's staff and other city officials, and keeps no official record of the opinions she offers city officials, making the information difficult for the public to track.

The most recent advice letter posted online by the ethics commission is dated March 14, 2014.

Email records obtained from the city under the public records act show that Fulhorst turned to the mayor's office for a professional favor last year, inviting Jason Roe, the mayor's top political consultant and a former associate of Puetz in Roe's firm Revolvis Consulting, to appear at a campaign ethics seminar for lawyers hosted by the ethics honcho.

“Felipe Monroig essentially told me to shamelessly beg you to participate as you would be an outstanding addition to the panel,” wrote Fulhorst to Roe in a December 23, 2015, email. Monroig is Faulconer's deputy chief of staff for “community engagement."

Roe has experienced his own ethical dust-ups, including questions raised in February, 2015, by Chargers special counsel Mark Fabiani regarding his work as a lobbyist for Delaware North,the food vending giant which Roe’s firm assisted in obtaining what turned out to be the final food and beverage contract for Qualcomm Stadium before the Chargers left town.

Meanwhile, records show, Faulconer's chief of staff Puetz, who joined the mayor's staff in March 2014, has remained tied to the lucrative business of politics.

In January of this year, the Faulconer 2016 reelection campaign disclosed that Puetz had received $2800 during the second half of 2016. In addition, he was still owed $2725 in un-itemized "office expenses,” according to the filing.

In one case Puetz got $239 for lodging from last September 15 through September 16 at the Fairmont Newport Beach hotel for a "political mtg." The mayor's wife Katherine Stuart received $275 for lodging at the hotel during the same period.

In addition, according to the Faulconer filing, Puetz received $1347 in "airfare to assist No on Prop 57."

"The most recent advice letter posted online by the ethics commission is dated March 14, 2014." Unbelievable. How is the public supposed to follow any of this? Fulhorst should be forced by the City Council to explain.

probably already explained at a private meeting ( over dinner and drinks)

As always, Matt Potter leaves no stone unturned, going back to time in the slammer for political consultant Tom Shepard and the forced resignation of fallen Mayor Roger Hedgcock. And between then and now, San Diego has had so much political chicanery among public officials that it's no wonder the head of the Ethics Commission doesn't write down her any opinions anymore. She must want to keep her job and she must have a good lawyer. Nonetheless, while the process may be a little shady, I hope Mike Stone gets us a soccer stadium, a soccer team and a river park.