Caught red-handed before OB Planning Board

Mother-in-front-house turns out to be vacation rental 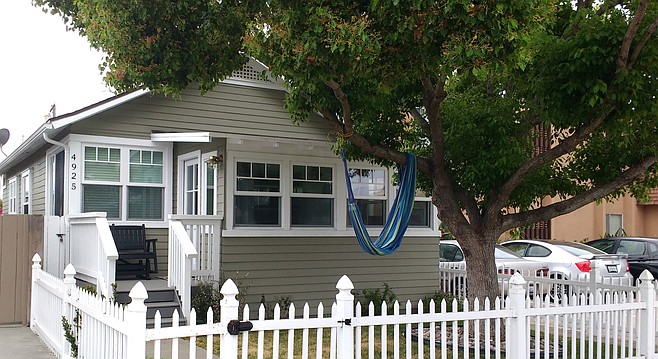 At first, it seemed like a routine request when architect Scot Frontis, owner of Frontis Studio, appeared at this month’s regular meeting of the Ocean Beach Planning Board. 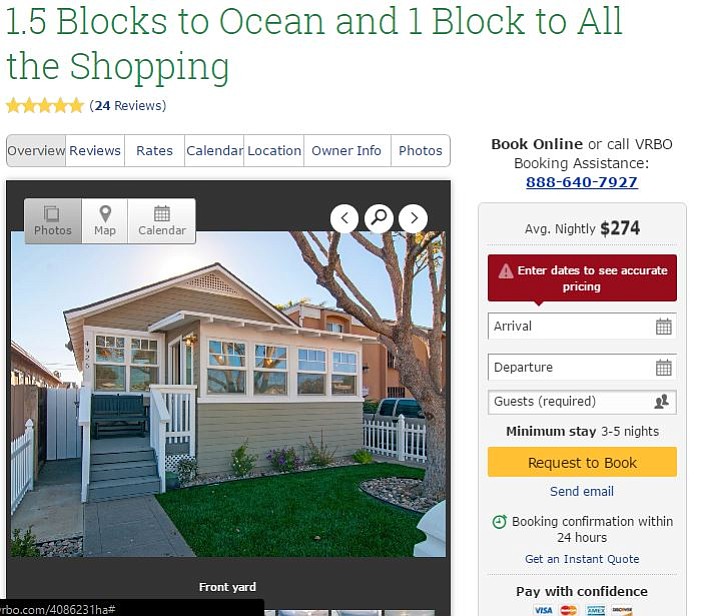 Vrbo.com lists the existing two-bedroom, 800-square-feet house as accommodations for up to 10 people at a total price of $274 per night.

He told the board May 3 he represented an owner who wanted to build a second house on a property at 4925 Saratoga Ave., which currently contains one of those one-story, craftsman-style cottages abundant in this beach community.

The sister structure would be two stories built over a four-car garage with bedrooms, office, and outdoor decks. The design boasted solar panels, drought-tolerant landscaping, and other green detailing impressive enough to qualify for expedited approval under a special city program. 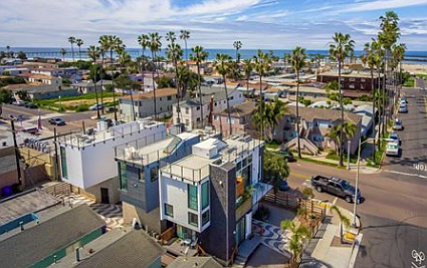 Ambert said the developer of Three on Abbott at the corner of Abbott and Voltaire streets said those units would not be used as vacation rentals.

All in all, a dandy place for the owner to call home — and perfect opportunity to do the right thing for an aging parent, Frontis said.

“The owner is planning to move into the (proposed) back house and put his mother in the (existing) front house,” he said. 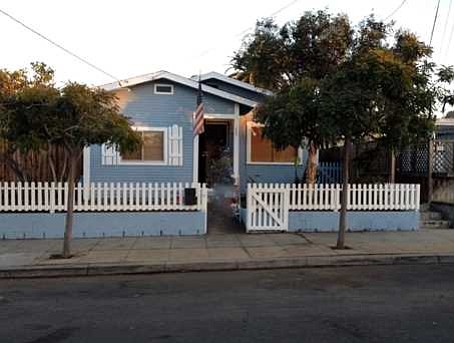 The Peninsula Community Planning Board tried to stop Frontis from demolishing a craftsman-style cottage at 2257 Froude St.

But Mercy Baron, a resident in the adjacent 12-unit apartment, was locked and loaded. She passed out copies of websites listing the existing house as a short-term vacation rental. 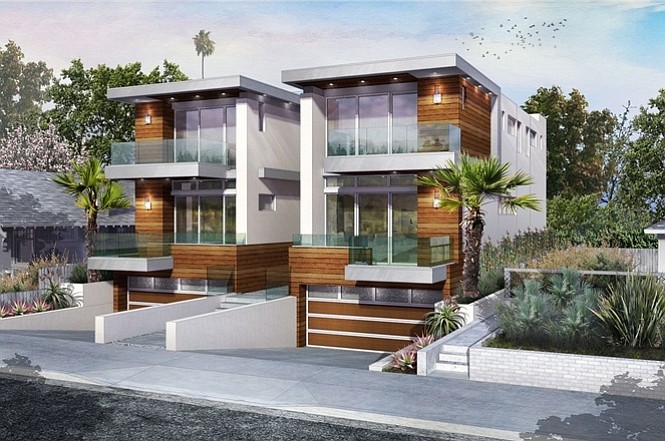 Despite a determination in March by the San Diego city attorney’s office that the practice of renting out homes in residential neighborhoods to short-term vacationers is illegal, the city council has been unsuccessful in crafting an ordinance.

Baron pointed out the online platform vrbo.com lists the existing two-bedroom, 800-square-feet house as accommodations for up to 10 people at a total price of $274 per night. Baron distributed an online photo of two bunk beds, or a total of four beds, in one room alone.

She read out loud the owner’s description: “I have other properties in Mission Beach and La Jolla so (I) have been a vacation owner for a number of years. All my homes are very successful rentals and I understand the needs of clients.”

For his part, Frontis never pushed back as the planning board deliberated. When board member Numan Stotz commented, “I don’t like the lack of transparency” and praised Baron for presenting “O.J. Simpson evidence,” Frontis stood in stone silence.

The board voted unanimously to deny, arguing that the development would not enhance the community’s stock of housing and would run counter to affordability goals called for in the Ocean Beach Community Plan.

Baron said she and her neighbors had received two, $100-per-month rent increases in the last six months. She charged the increased popularity of vacation rentals in residential zones as partly to blame. “You don’t think landlords have figured out how much money they can make?” she asked.

With the uproar over the short-term vacation rental issue, developers have been known to be less than truthful about their proposals, Chairman John Ambert asserted. He said the developer of Three on Abbott at the corner of Abbott and Voltaire streets said those units would not be used as vacation rentals when the board voted its approval in September of 2014. Today, the two-bedroom units are available on airbnb.com for $299 per night.

“The fabrication that happens live — that's not new to us,” Ambert said. “This is the first one we've put our finger on.”

Frontis has gained a degree notoriety for his practices of late for other reasons as well. A performance audit from the city auditor last December said 30 percent of all projects that were granted expedited approval through the city’s Affordable/In-Fill Housing and Sustainable Buildings Expedite Program from 2011-15 were single-family homes — but the law requires at least four units.

A subsequent report from Voice of San Diego revealed the city’s Development Services Department had improperly allowed 70 houses to qualify under the program since 2006. With nine houses approved, Frontis Studio was one of the top five beneficiaries of the unwarranted advantage, the report said.

Perhaps the most hotly contested instance in which Frontis used the program to push through a project occurred last May. Frontis won an appeal when the Peninsula Community Planning Board tried to stop him from demolishing a craftsman-style cottage at 2257 Froude St. and replacing it with two, two-story single family homes built over garages that some charged was out of scale with the rest of the neighborhood.

Though the city no longer allows houses to get expedited approval, the Saratoga Avenue proposal qualifies because Frontis applied before the city auditor report was issued, the city said in an email.

While it's good to see the bad guys get exposed, don't be too satisfied to notice three things:

We need to understand that almost every quality-of-life issue is at bottom a land-use issue. Until we start tackling them as such, we're boxing at shadows.

Well put. You do a great job of cutting through the underbrush and getting to the heart of the matter.

For me, I found the description of the hearing to be hilarious. He got caught red-handed, stood stony faced, and watched his proposal get rejected by the advisory board. I'd have loved to be there to see the theater as it played out.