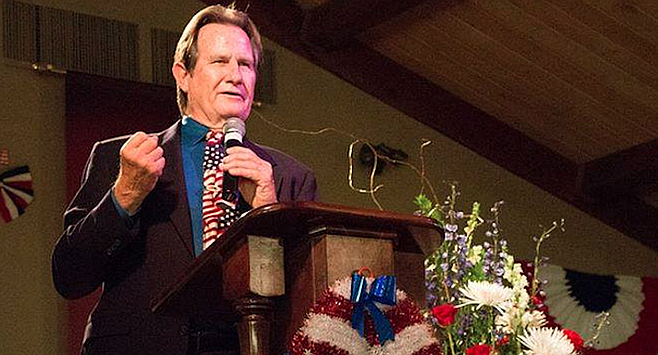 A last-minute decision by National City's mayor Ron Morrison, and two councilmembers to water down a resolution to certify National City as a "welcoming community," is now the subject of a new lawsuit.

South Bay resident Chris Schilling and San Diegans for Open Government filed the lawsuit on May 8 for alleged violations to the state's open-meeting laws.

The issue dates back to February 7, when councilmembers and mayor Morrison were asked to approve a draft resolution submitted by staff which would solidify National City's status as a Welcoming Community for All Residents, a resolution that cities across the state were adopting in response to President Trump's immigration platform. Staff's draft resolution was posted on the website and included in the council agenda for the hearing.

However, during the hearing Morrison introduced an amended version of the resolution, one that had not been presented to staff or the public. Morrison read the substitute resolution aloud to council and the public, before handing hard copies to his colleagues. Morrison's proposal removed a crucial sentence which stated, "City employees will serve all residents, and city services will be accessible to all residents, regardless of immigration status.”

Instead of mentioning "welcoming city," Morrison's resolution affirmed that National City will "continue to be a city that serves its residents and visitors with a constitutional right and due process.”

The city, as well as Morrison, Cano, and Mendivil, responded by stating no responsive documents were available.

Schilling and San Diegans for Open Government are now suing to get those documents, and, if none exist, will ask a judge order the city to rescind the watered-down resolution and force the council and mayor to start fresh and abide by the Brown Act.

Sigh. Will our politicians never learn? The Brown Act is as clear as it is definite. You can't cook stuff up in private and expect people not to notice. The real mystery is why they risked getting caught over something that, in the rest of the state, is pretty much non-controversial.

If they were feeling skittish over constituent opinion, then hashing everything out in an open meeting would have been their best protection. Now they're just needlessly costing their taxpayers money.