South of East H Street, walk along the north-facing slope. 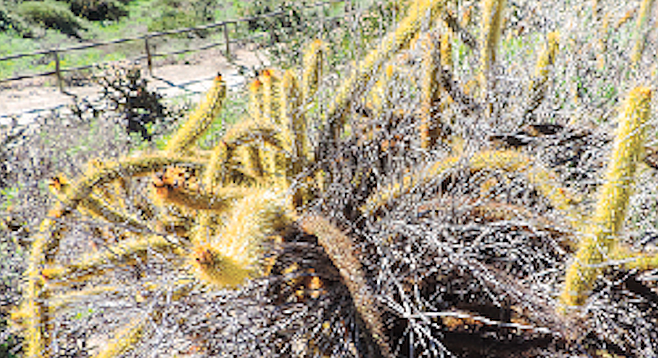 The Rancho del Rey community in Chula Vista is home to several urban canyons. Sometimes referred to as “pocket canyons” due to their relatively small size and the fact that they are tucked between more developed commercial and housing tracts, they help give San Diego and its environs the unique flavor that sets it apart from other large Southern California cities. Perhaps the best-known pocket canyon in Chula Vista is Rice Canyon Open Space Preserve, north of East H Street. However, there is a less-known alternative only a short distance away.

Look for tadpoles in any open water and listen, as you may hear a western toad or see coyotes, raccoons, scrub jays, or red-shouldered hawks.

Just south of East H St., between Paseo Ranchero on the east and Paseo del Rey on the west, lies a charming little canyon well worth your time to explore. There are several possible entrances, but this hike directs you to Camino del Rey, about 100 feet west of Via Mar Azul. The trailhead is on the south side of the road and marked only by a small City of Chula Vista sign notifying that dogs are allowed only on leashes. A well-graded and maintained dirt path leads south into the canyon. Walk down the path for about 100 feet to reach the main east-west trail. In this short section may be found the rarely seen golden club cactus. Look down into the bottom of canyon to note return choices if taking the more challenging trip to the left. 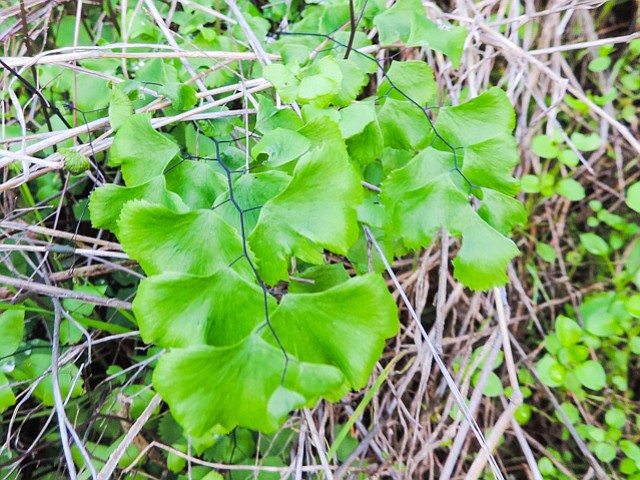 Turn right on the main trail for an easy stroll on a flat dirt pathway. This path follows the canyon rim for about one mile until it exits the canyon near the corner of East H St. and Paseo del Rey. Enjoy the panoramic view down into the canyon and the brief introduction to some of the plants and animals found in the area. Note that you are walking on the south-facing slope off the canyon. This has a marked effect on the plants growing due to the increased sun exposure. Here is a coastal sage scrub community that can tolerate drier conditions. Some interesting plants to watch for include the spiny coast cholla, the diminutive fishhook cactus, and the more robust coast barrel cactus.

Another option once meeting the main east-west trail is to turn left instead of right for a more challenging hike. Hike east approximately 400 feet until reaching a branch to the right. Take this another 100 feet as this well-maintained path descends into the canyon where it ends and the single-track paths begin toward the west. Depending on the amount of water and recent usage, there may be multiple paths closer or farther from the canyon bottom. After rain, there can be considerable water flowing through the canyon and some water may be found as the result of urban runoff from irrigation even in the summer months.

Continue walking west, away from Paseo Ranchero, exploring any of the paths that look interesting. In general, continue near the canyon floor, where there are several opportunities to cross over to the other side. Plants to be on the lookout for include southern cattail and maidenhair fern. Look for tadpoles in any open water and listen, as you may hear a western toad or see coyotes, raccoons, scrub jays, or red-shouldered hawks in the canyon.

Continue west along the bottom of the canyon with the following options to return to your vehicle on Camino del Rey. Walk to the corner of Paseo del Ray then east on East H Street for 330 feet before turning south on the well-maintained rim trail for a 2.8-mile loop. Alternatively, walk along the canyon bottom until a comfortable turnaround point is reached to either retrace your path or choose any of the other routes that head back in the general direction you came.

Hiking length: Approximately 2.8-mile loop or shorter distances out and back.

damn it, this is the canyon behind my house and no one knew about it