50 people showed interest in Anne Joseph's May 17 session of cat-trapping. 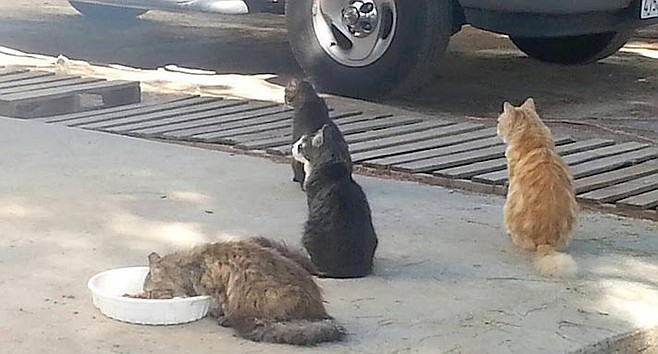 “Being that it’s springtime in San Diego, it didn’t take long to figure out that it’s [cat] mating season,” said Anne Joseph, “thus the howling and the roaming behaviors.” 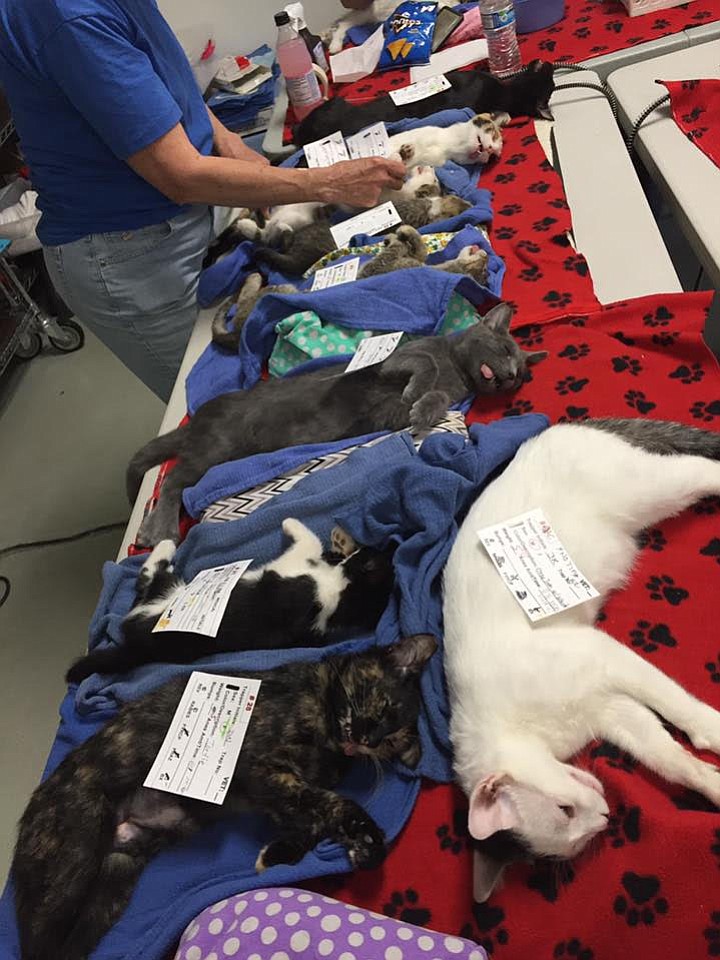 Cats waiting for surgery. "We are happily controlling the populations of starving, diseased, and endangered little ones.”

Joseph, a yoga personal trainer, recently noticed the increase of the stray and abandoned cats in her Castle neighborhood. Last week she took the initiative, and trapped five feral cats, got them fixed, and then released them back on the same City Heights streets.

She then posted on social media about her new method to bond with her neighbors. 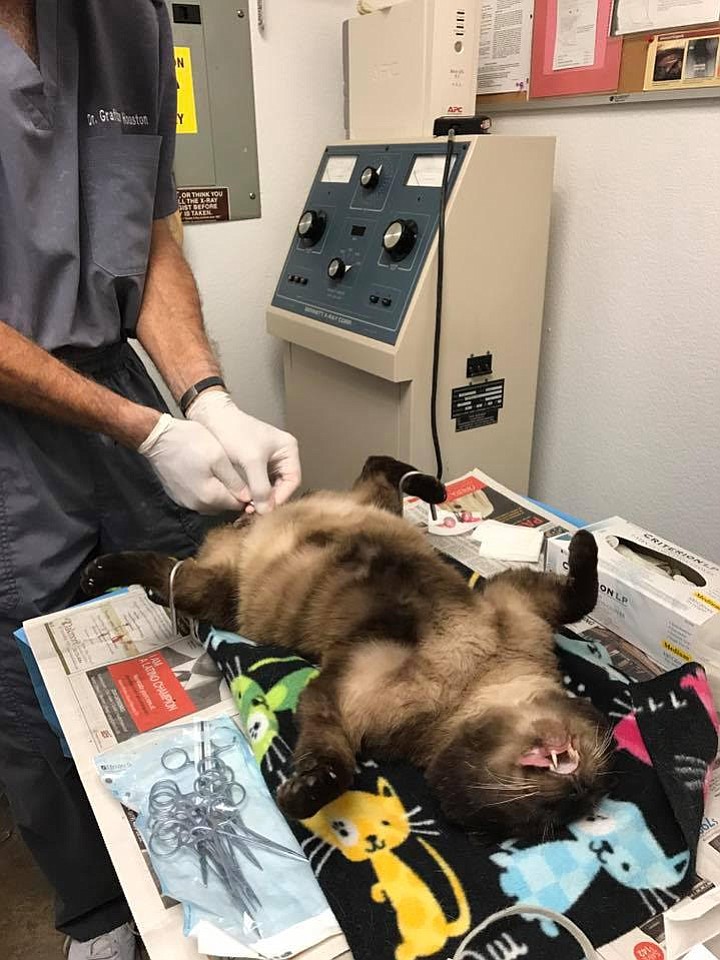 The cat is spayed or neutered, vaccinated, and ear-tipped

“I recognized a need in my neighborhood and asked for help on this forum,” Joseph said, “several kind and knowledgeable people stepped up to help, including a veterinarian!” She thanked the seven women who helped her; Cindy, Teri, Krista, Meaghan, Vanessa, Liz and Mary.

“We spotted at least 10 more ferals in the neighborhood,” Joseph said on April 26, and then two days later she saw 11 more in a lady’s backyard eating out of the trashcans. “So we will be trapping again very soon. We are happily controlling the populations of starving, diseased, and endangered little ones.”

When the word about Joseph’s operation got out in her City Heights and surrounding neighborhoods; the volunteers lined up. As of May 1, she said approximately 50 people showed interest in her next session (May 17) of “cat-trapping.”

A mother volunteered as she noticed some cats at her son’s house on 40th Street while doing his landscaping, “it could be the same feral colony that you (Joseph) try to trap,” she said.

Joseph agreed. “I have been trapping in the alley between 40th and 39th, just north of Redwood and it sounds like it’s the same feral colony,” she said, “but I think there are more cats than we know.”

Joseph obtains much of her knowledge from the Feral Cat Coalition. The coalition has a process listed on their site. First the cat must be trapped (by one of their approved traps), then brought into their facility at the corner of 2nd and Greenfield streets in El Cajon. The cat is then spayed or neutered, vaccinated, ear-tipped, and then returned to their original home.

Linda Beach gave Joseph some advice. She captured 17 ferals in her area of North Park and it took her “less than 2 years to eradicate breeding.”

Beach, 57, a registered nurse, remembers when she first captured Mama Cat, the one responsible for the bulk of ferals by her house. “She turned into the Tasmanian devil, paws going in all directions, hissing, screeching, scratching, as we tried to shake her from the trap into the crate,” she said, “… she got away, after digging a nail into my right forearm.” Beach said that it took her months to trap her again.

Some neighbors said that cats are smart and likely “not fall for the same trick twice.”

This is where Joseph needs help. The logistical process (prior to the trapping) takes the most time, and extra eyes and hands speed up the process.

Joseph stated that the capture must be in an approved trap and hidden so that people walking by will not meddle with the operation. “A laundry basket propped on a stick and string,” was suggested by one of the neighbor’s daughters, but is not enough, “while the theory of that is correct, the materials are not,” said Amber Millen, treasurer for the Feral Cat Coalition. “It would not be heavy enough and then there would be no way to get the cat out and into a trap.”

Feral cats are known to be afraid of people and are difficult to handle. “Traps allow you to safely catch the cat without having to directly handle the cat and you are able to give the cat the shot of anesthesia through the trap (vs. having to pull the cat out of a carrier),” Millen said.

Early this week two of Joseph’s neighbors posted that there were cat-remains on 41st Street and the canyon below. Some neighbors blamed the “horrific scenes” on the coyotes.