"W.R." Thornton his rockabilly band the Boxmasters play Belly Up 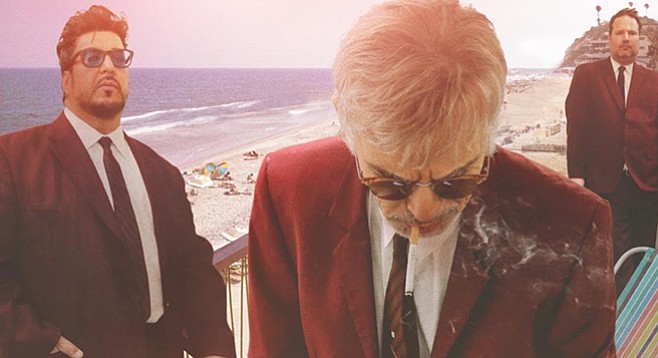 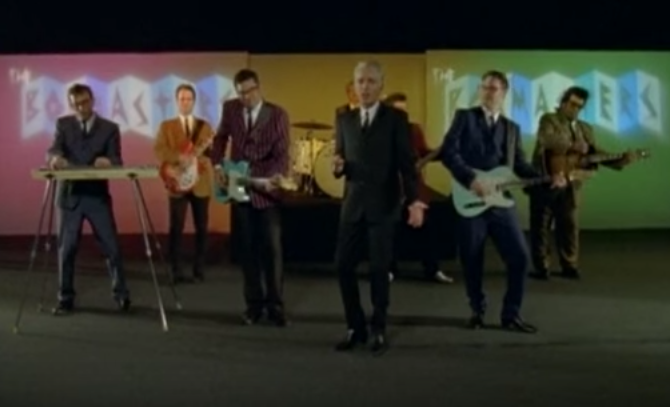 A band with a couple of directions: one is old-timey country-western and one is swayed by the look and feel of the rock-and-roll music that Great Britain exported to the U.S. 50 years ago. The unifying factor is frontman-drummer Billy Bob Thornton, the actor who would prefer you didn’t call him that when he’s playing music. In the Boxmasters, he is sometimes known as Bud Thornton, but no matter. It’s Billy Bob. Six albums deep into their career, the band is starting to live up to Thornton’s claim that it was music first and that acting came second for him, and that the fates somehow got that reversed. In spite of his prickly self, he seems to finally have a band now, and it’s a pretty good one.

The Boxmasters started in 2007 in an L.A. suburb as an outgrowth of working on Thornton’s four solo releases. They are guitarists Brad Davis, Michael Wayne Butler, and J.D. Andrew, and bassist Danny Baker. The early Boxmasters got mixed reviews, which is a kind way of saying that the band failed to get off the launch pad. Still, they got a tour slot opening for Willie Nelson and a showcase at South by Southwest in 2009.

The book on Thornton is that he cut high school to roadie for acts such as Johnny Paycheck and the Statler Brothers, which may account for the hillbilly universe he seems content to insert into 1960s rock music. You’d be surprised how well that works; much of the early Brit rock was based on American blues or rockabilly to begin with. The Boxmasters are a solid band, and Billy Bob swears he’s not just acting the part of rock-and-roll front man. He’s just a dude in the band, please, really. “I’ll give you a ring,” he croons, “when you give me back my balls.”

Sure look like that shot was just south of Moonlight Beach?