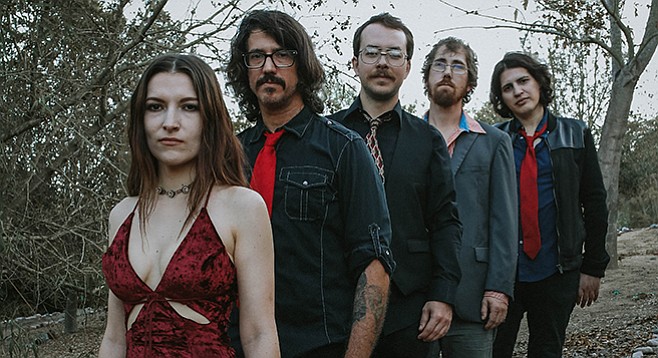 While the value of winning a San Diego Music Award is unclear, some insiders joke that in 2014, SDMA love seemed like the kiss of death.

Just after Burning of Rome won three awards (Song of the Year, Best Live Band, Best Alternative Album — they had six nominations), the North County band broke up and frontman Adam Traub packed up and moved to Chicago. This, after the band was given extensive backing by Encinitas-based Surfdog Records/Dave Kaplan Management (Eric Clapton, Brian Setzer, Slightly Stoopid).

"I Married a Conservative!!!" 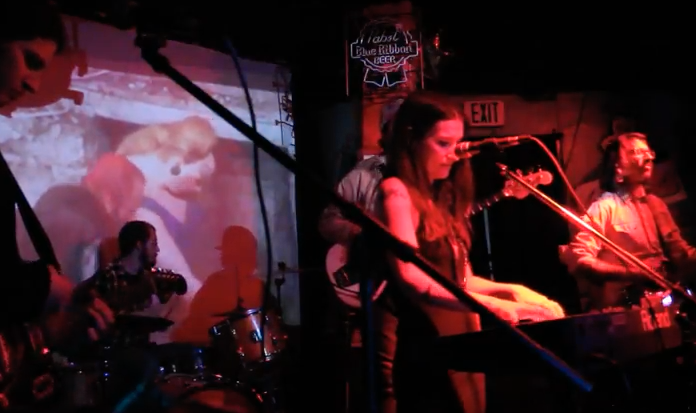 Traub and Kaplan declined comment on the matter, but the breakup of Burning of Rome helped create the Strawberry Moons.

“We were pulled in different directions,” says Lerner about the Shake Before Us breakup. He says some members veered toward a garage aesthetic. “I wanted to do something more melodic with a female vocalist. [The Strawberry Moons] are inspired by finely crafted pop songs by the Kinks and Lee Hazlewood, and the harmonies of Fleetwood Mac.” The Lerner/Jacobs collaboration led to the release of a four-song EP and live gigs. “Aimee and I are both perfectionists. It took a while.”

Lerner is one of the talent buyers at Oceanside’s Pour House, which has established a local-music beachhead in North County by focusing on original bands with no cover charge. “Who knew North County could support a club based on the local-music scene?

“We can’t pretend we’re the Casbah. And Oceanside is not North Park. But I think the Pour House has figured out the right formula.” There are live bands Thursday through Saturday night. Lerner says the Pour House used to have cover bands four times a month. “Now it’s more like twice a month...bands from L.A. want to come down. like Jet Trash, Elijah Ocean, and Pearl Buck. Just last Thursday we had this band from Spain, Las Munjitas, which means ‘little nuns.’ They were all dressed as nuns and sang songs in Spanish and English about how they were all going to hell.”

Regarding the value of an SDMA, Lerner offers this: “Look at the Schizophonics. They get an award every time they show up. Not only did they not break up but it seemed to make them stronger. They are poised to break internationally any minute.”

The Strawberry Moons appear Friday at the Casbah with Bosswitch, Mrs. Henry, and Mission Creeps.