It starts with biscuits and ends with gravy

Taking the fancy out of Eggs Benedict 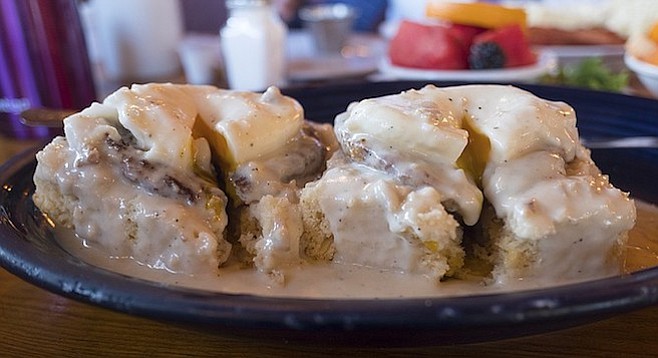 I enjoy eating oxymoronic foods, so when I was looking for a place to eat breakfast in Alpine I zeroed in on a place called Janet’s Montana Café so I could try the country-style Eggs Benedict.

There is no certain origin to Eggs Benedict. Stories range from it being a French invention to being a hangover breakfast custom ordered by a man named Benedict at New York’s famed Waldorf Astoria hotel. 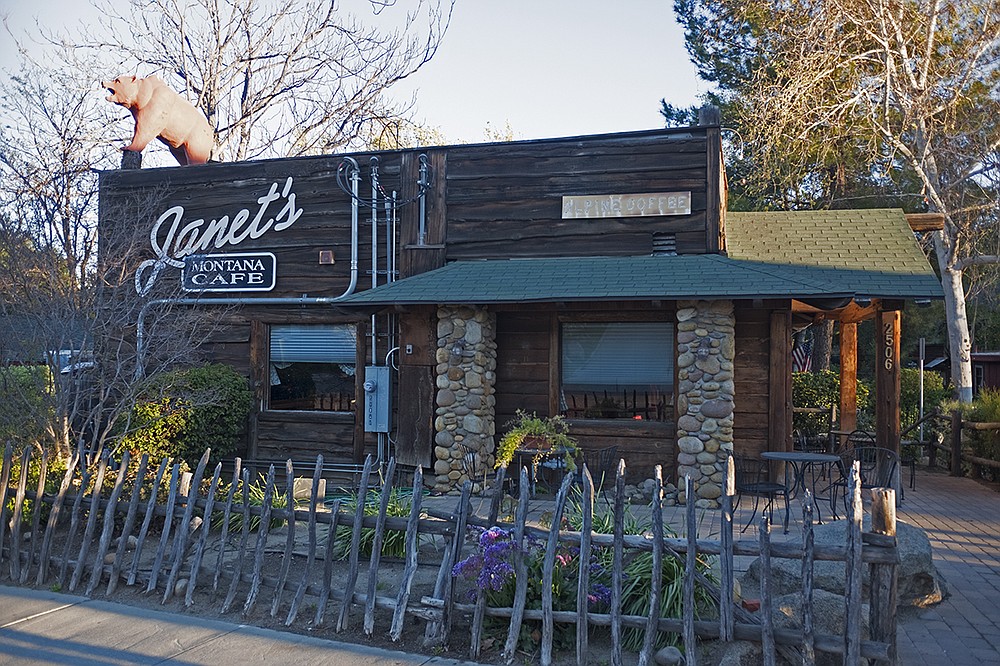 Janet’s is going for a rustic-cabin vibe, as evidenced by a menacing roof bear.

In any event, pairing poached eggs and hollandaise sauce doesn’t sound much like a country-style meal. I’ve seen California Benedicts (with avocado) and eggs Florentine (which subs spinach for the usual ham), and I was curious to see what a country take would entail. 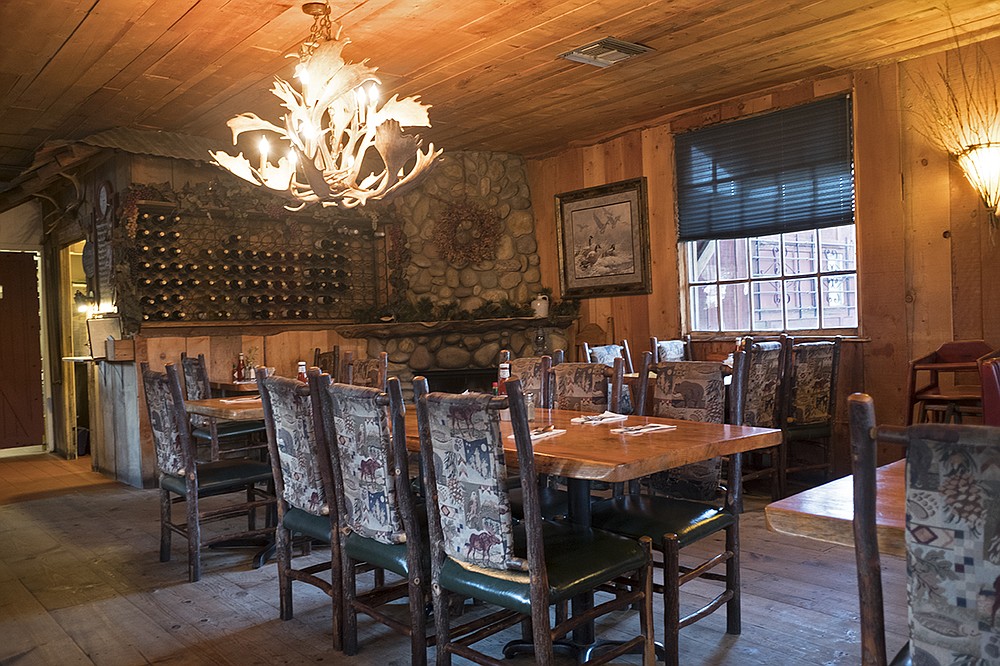 Well, it starts with biscuits and finishes with gravy, which kind of makes sense.

Which fits the rustic-cabin-in-Montana vibe Janet’s is going for. The wooded dining room features a stone fireplace and is decorated with taxidermy and deer-antler chandeliers. The woodsy back patio would fit in anywhere in big sky country.

Really, the main thing distinguishing the $13.95 country-style Benedict from Janet’s $12.25 order of biscuits and gravy with sausage patties and egg is that the eggs are poached. But I do suppose poaching is the fanciest way to cook eggs.

These were more a chewy style of biscuit than flaky, and both biscuit and eggs were a holding vessel for the rich, creamy gravy and sausage.

It’s somewhere on the spectrum between satisfying and heavy, a dish made winning by the charming atmosphere. Were I feeling like a sweet dish, I could have opted for cinnamon roll French toast, which would seem a worthy sugary counterpart to the Benedict’s sodium punch.

Eating breakfast with my mother en route to Anza-Borrego, she declared that this a place she’d like to bring the grandkids. I bet that French toast would do a fine job of spinning them up for a long mountain or desert hike.

If you're going to use Montana's newer nickname, you capitalize it: Big Sky Country. It's a big state, fourth largest in land area, and holds only about a million people.

Interesting chain, that Janet's - as I understand it from friends who've worked in several of the locations (two in El Cajon and the Alpine one referenced here) the eponymous Janet spent the '90s and '00s going around East County, establishing a single restaurant, building the business, then selling it off and opening a new location with the same name. Not sure, but it would explain the difference in menu, service, and quality between the handful of Janet's out there...if any of the others are still standing, I moved west too long ago to be hip to the eastern breakfast scene these days.