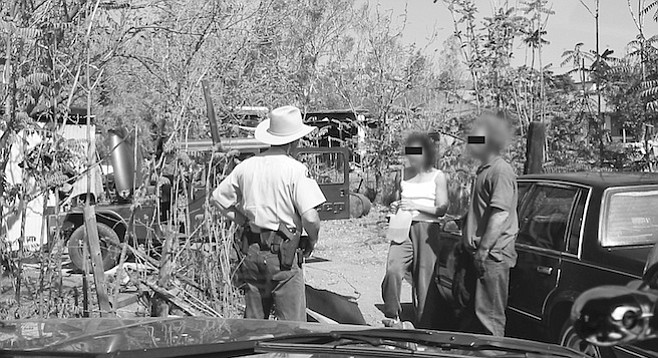 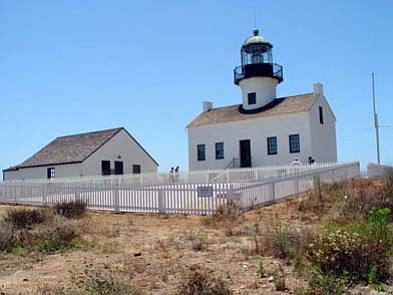 At the point of Point Loma -Cabrillo Light House.

Our man Downen evidently has been slowly phased out of his lighthouse-keeping duties by automation. A fog sensor device is now used to trigger the fog horns automatically when visibility is less than 3/4 nautical miles. Two go horns sound in unison at 30-second intervals, a rotating light bulb flashes its light 26 miles out to sea, and a radio beacon sends out a signal of "dash-dot-dash-dot" code for the letter "C," the designation for Pt. Loma. 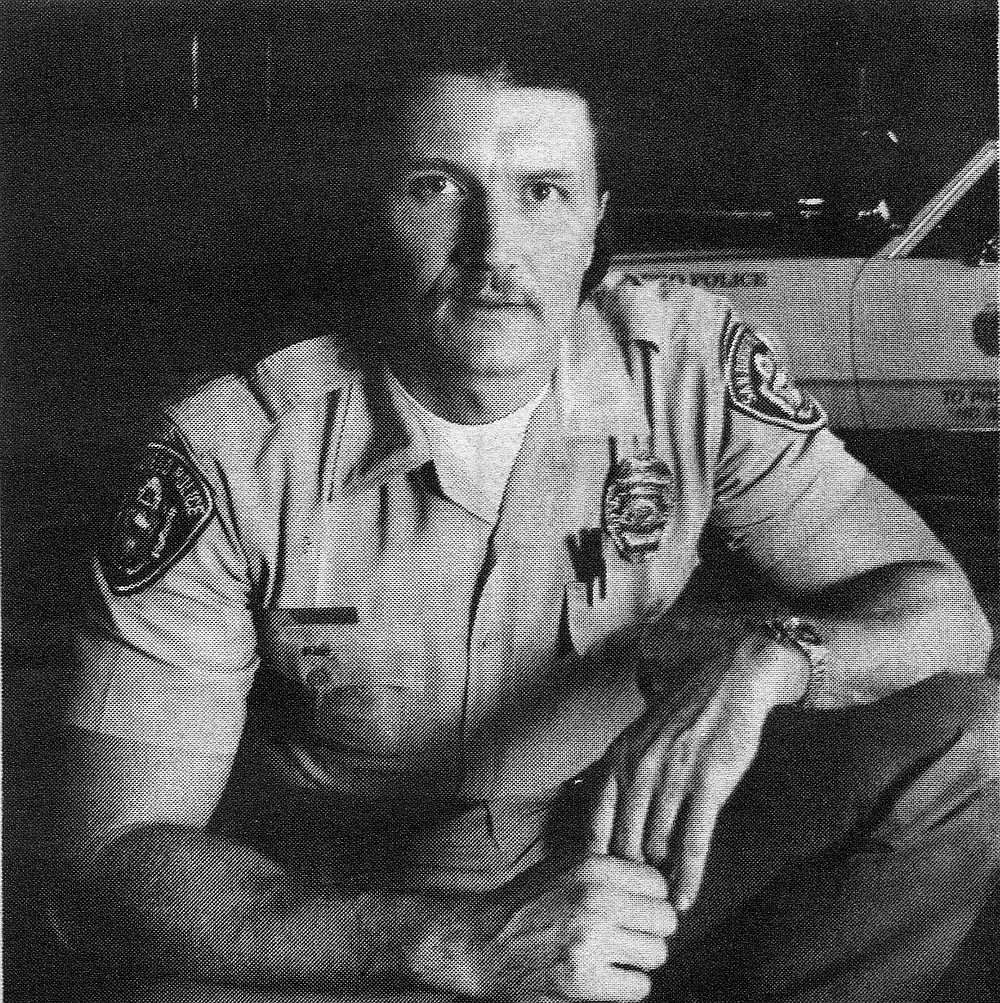 Jim Stevens: Piru takes its name from a street in L.A. Piru gang members refer to each other as “Blood.” Crips started out as guys that went to school together in L.A. Supposedly, to get into the gang, you had to cripple somebody. Crips call each other ’Cuz.’”

University is Worse Than El Cajon

Is it a profile vehicle? One of the vehicles commonly stolen, a Mazda, Toyota, Nissan. These foreign vehicles are popular to steal because their ignitions are easy to defeat. “You look for vehicle damage — punched out door locks, broken windows. You look in cars to see if they have a screwdriver stuck in the ignition. You look for plates that don’t appear to be the proper plate for the vehicles — older, six digit numbers.” 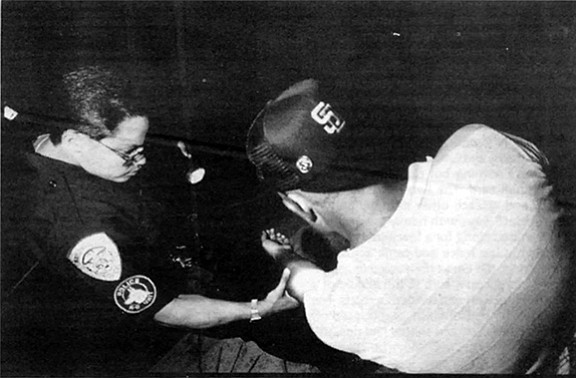 "As they begin to control the drugs and make money, they turn into organized crime."

The sergeant looks wearily at her, then over her shoulder while he rolls his eyes and clucks. It is midnight, Tuesday night, and the roller coaster of National City's nocturnal crime is underway. The evening’s entertainment has begun with the red car on Highland Avenue, but as the night wears on and the streets become lonelier, far crueller and more surreal things will almost certainly happen. 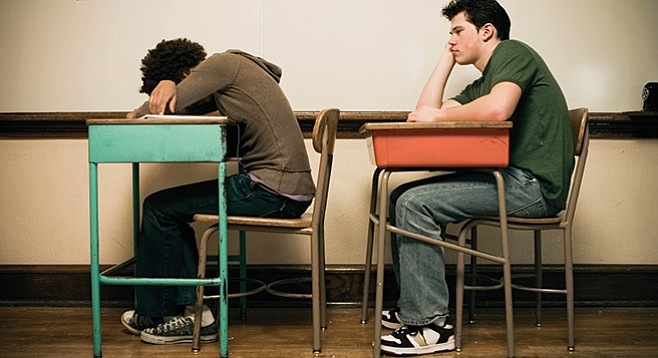 The traditions of elementary school stand still like the figures in a snow globe. The Q shaped like a 2, the white hopscotch squares, the red rubber kickballs, and the silky, meal-colored paper lined with blue dashes remain in childhood, belonging there and only there, like the books of Beverly Cleary and Laura Ingalls Wilder, on whose tattered spines in the corner I can read The Little House in the Big Woods, The House at Silver Lake. 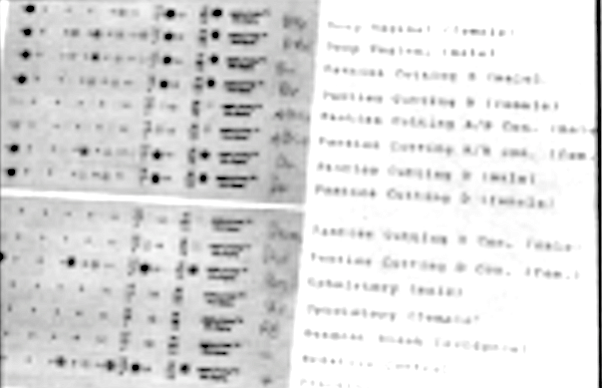 DNA chart. The test copies a section of the DNA sequence, which is unique to each individual.

How did your blood get inside the victim's body?

Proving that a certain person’s fluids weren’t left behind is much of what DNA-identity work is used for. A classic example is the Nordstrom case, where a woman claimed she was assaulted in a dressing room of the Fashion Valley store. The case was unraveled by DNA evidence. After the DNA contradicted the woman’s story, it was easy to ask her, as Cordes puts it, “Excuse me, but would you like to change your story?” 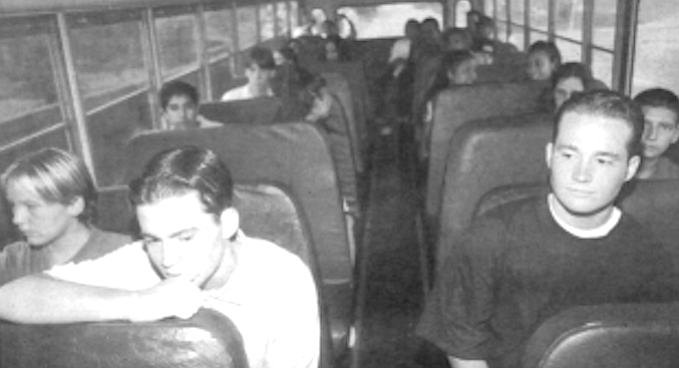 When Renee drives the pink route, she wears a white visor and shorts that make her seem calmly athletic, like the directress of a tennis camp. Twenty-four of the 27 drivers who steer the Fallbrook elementary buses are women like Renee, Sherry, Sharon, and Nancy, who must stop food fights, comfort sobbing children, clean up after motion sickness, and move a 40-foot, 10-gear, 97-passenger bus through crowded school parking lots and around tight, hilly curves. 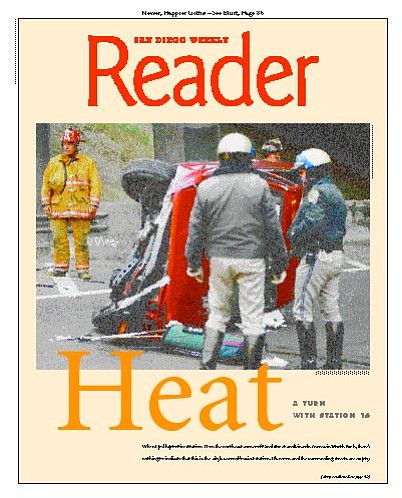 We race west on Lincoln, turn right on Utah, then left on Howard. We can see five or six people huddled around the front porch of a small bungalow. As Liley and Medrano approach the scene, the group parts, revealing a man who looks to be about 80, lying on his right side on the bottom step of the stoop, facing out. Thick scarlet blood oozes from a silver-dollar-sized gash in his forehead. 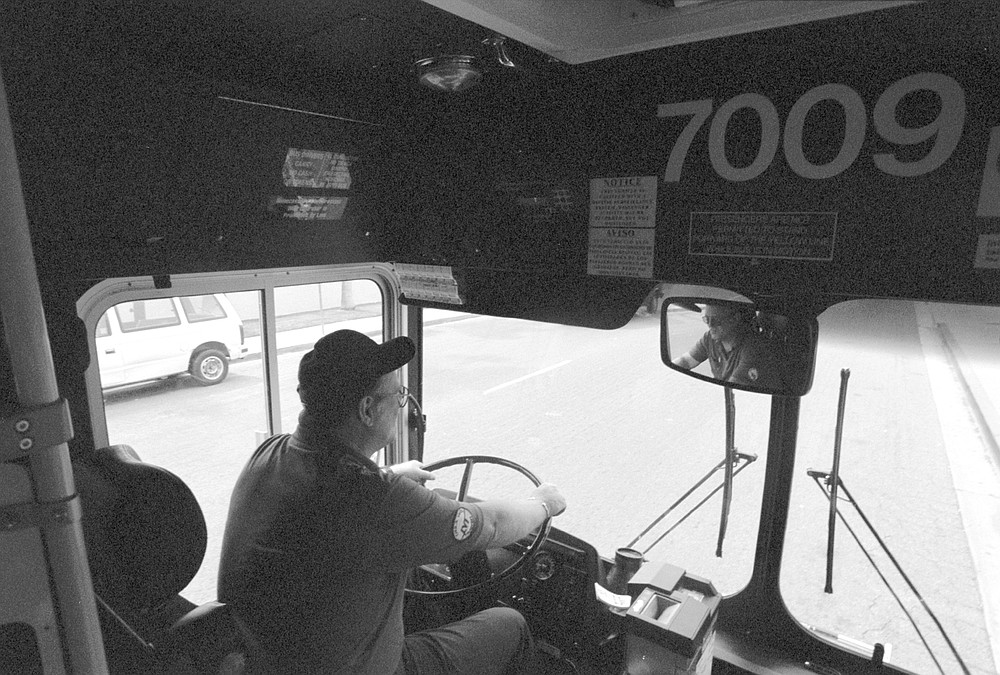 Yost, at 56, a former Navy signalman as well, should be one son of a bitch, which is why it is curious that he is the Angel of South Bay’s #705 bus route.

“One time a gang-banger got on the bus at Plaza Bonita and the kid had a confrontation with some other gang members and he hid on my bus. I closed the door so the others [gang members] couldn’t get on. When I headed back to Bayfront Trolley, I stopped at a light at Bonita Road and 805 and these guys pulled up in a car, jumped out, and hit the window of the bus with a tire iron.” 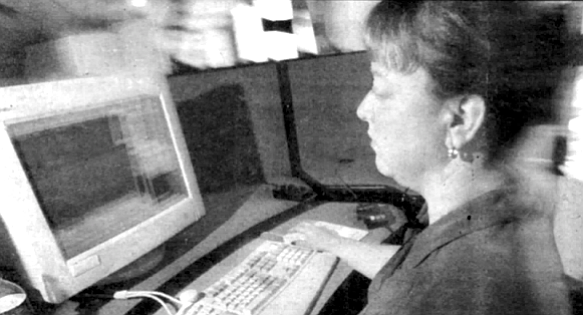 Ammon and I sit in the phone room on the fourth floor of the police-headquarters building on the corner of Broadway and 14th Street.

"I was working the day of the McDonald’s shooting down in San Ysidro back in the ’80s. I got the call from the post office across the street when they called in about the two-year-old that was shot. Oh, and remember that tank going down 163? I’m sitting right here in this exact spot. This guy called , ‘There’s a tank rolling over everyone’s cars.’ I said, ‘A tank?’ He said, ‘Yeah, a big green Army tank.’" 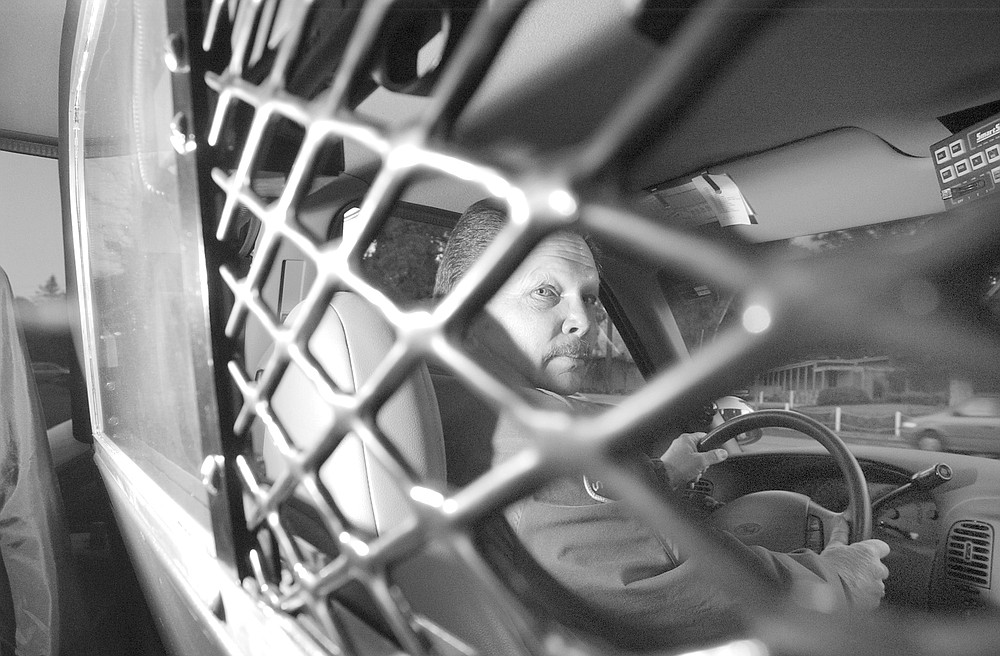 Rod Gilmore, who patrols Pine Valley, says the difference between the $55,000 a deputy can make by moving to Campo and the $52,500 he can make as a corporal staying in Lemon Grove is not enough to make the move.

Your Dad Arrested My Dad

"We're often approached to become involved with a community, whether or not you're actually involved with that organization. It may be a Rotary, or a Kiwanis, or a Lion's Club. They may form a committee regarding some community issue, anything from a youth program to mitigating parking problems to parades — we have an annual Fourth of July parade that's put on by our merchants' association. We sit as members on that committee.”